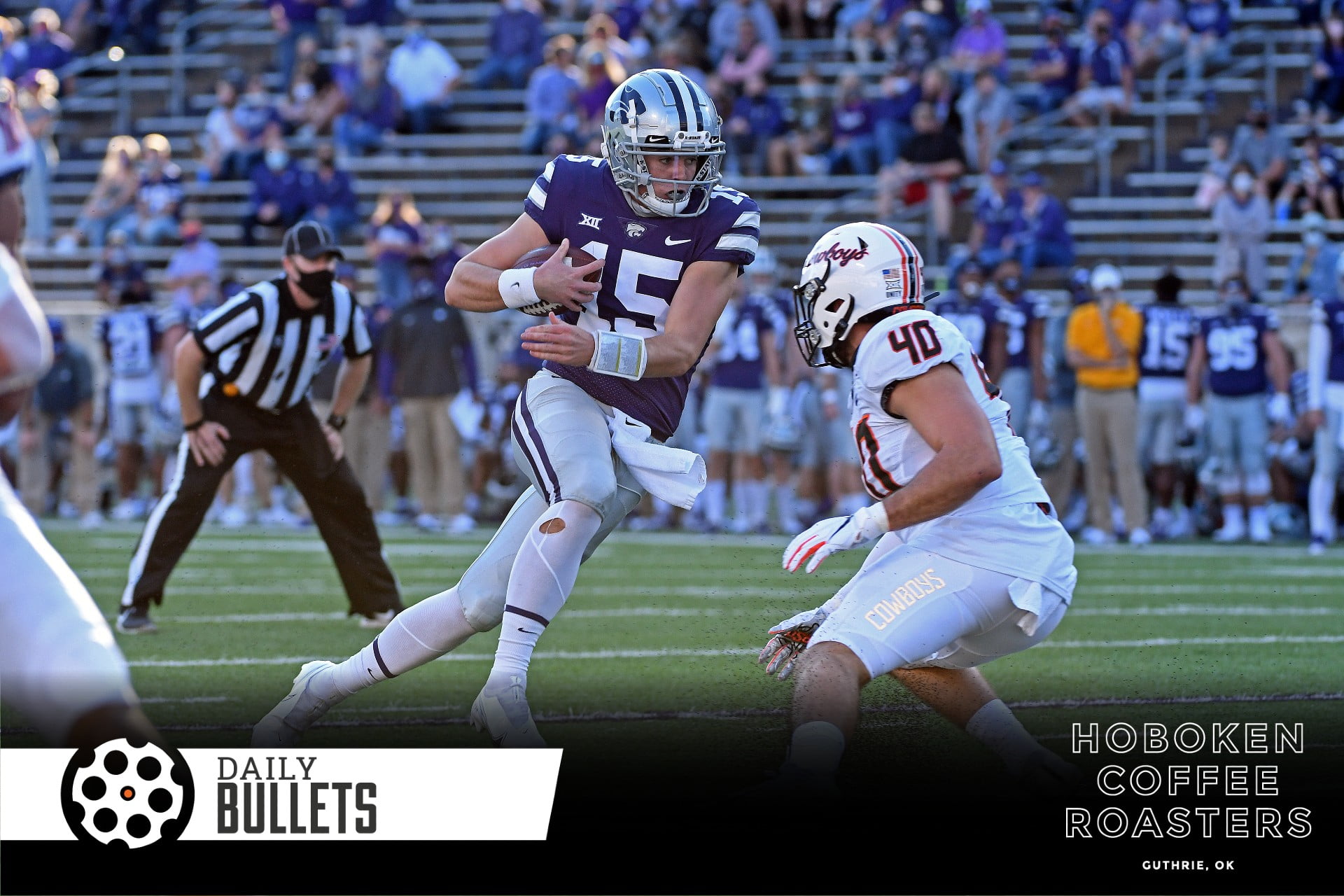 “I told him he could hit the ‘B’ button 15 times after you get four yards,” Dunn said, referencing the button for a spin move on a video game controller. “But until you get four, you’re gonna smack it downhill, and he did.

“Our offensive line blocked, and that made calling the run plays a heck of a lot easier.”

As nice as the blocking was on Saturday – the Red Raiders are hardly the 85′ Bears on defense this year. TCU’s defense is a few slots better at stopping the run.

“I couldn’t be happier to see him on the field. Now, I’m going to be a little worried because I do know how that rascal can get up there and get a ball.”

• A frustrating aspect of the College Football Playoff debate – it’s just a matter of what the Committee wants to say:

• These monoliths that have appeared are lines straight out of “An Absolutely Remarkable Thing”, a fun fiction read for the new year