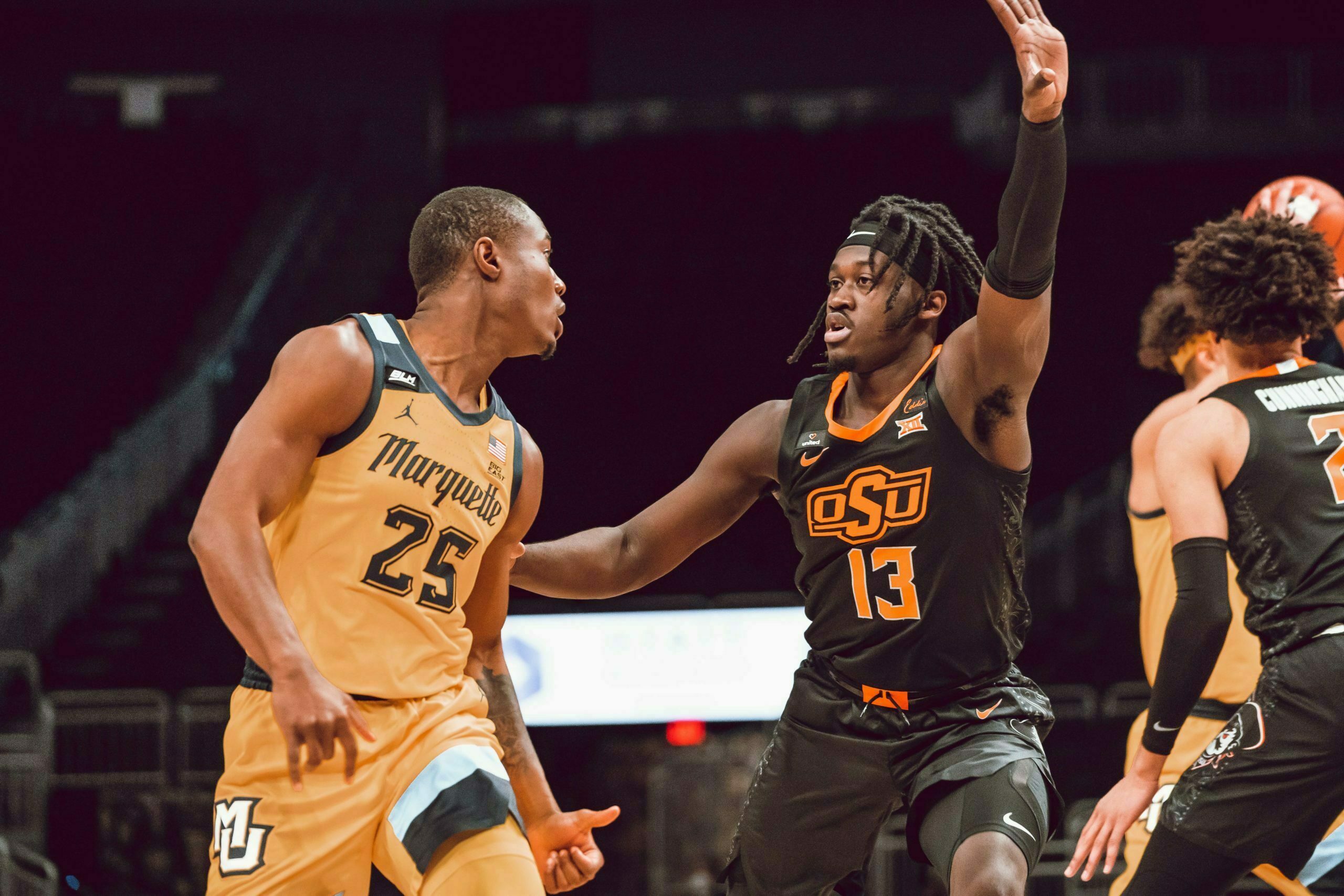 Basketball is called a game of runs, and Mike Boynton and his staff keep track of a stat that helps propel runs: kills.

Oklahoma State defines a kill as three straight defensive possessions where the opponent doesn’t score. In Oklahoma State’s 70-62 win against Marquette on Tuesday night, the Cowboys got an unofficial nine kills (by my count), and at one point in the first half held the Golden Eagles scoreless on seven straight possessions.

“We have pregame goals,” Boynton said after the game. “We try to measure as much as we can, so that guys can have tangible things that they can achieve throughout the game. We want to get about six [kills] per game. If we get six kills in one game, that means that their were 18 possessions that the other team didn’t score and many of those were in a row. That really stifles the other team’s ability to get into a flow offensively.

“Obviously, you can’t foul, you can’t give up an offensive rebound. I don’t know how many we had tonight. I’ll have to go back and check the numbers, but we did a really, really, good job of staying focused on that. Guys talk about it to each other on the bench. We get get to two stops in a row, and we score, you hear guys on the bench talking about ‘We need one more for a kill.'”

OSU’s defensive success came when it switched to a 2-3 zone after opening the game with a 15-4 deficit. Rangy length from Rondel Walker and Bryce Williams in particular at the top of the zone forced Marquette, a team that likes to play inside, to dribble around the perimeter and put more stress on the Golden Eagles’ guards.

That led to 24 Marquette turnovers. That’s the most turnovers OSU has forced in a game since Boynton became the coach.

All the Marquette turnovers led to easy offense for the Cowboys. OSU scored 34 points off turnovers and had 20 fast-break points.

When OSU wasn’t scoring in the fast break after a turnover, the sudden change in possession allowed the Pokes to expose matchups with all-everything point guard Cade Cunningham.

After the adjustment into the 2-3 zone, the Cowboys were able to turn defense into offense and “kill” the Golden Eagles.

“Those things are just deflating,” Boynton said. “If a team goes three possessions in a row without scoring, it really starts to bother them psychologically. The fact that our kids, this early, have bought into that, it makes me really proud.”