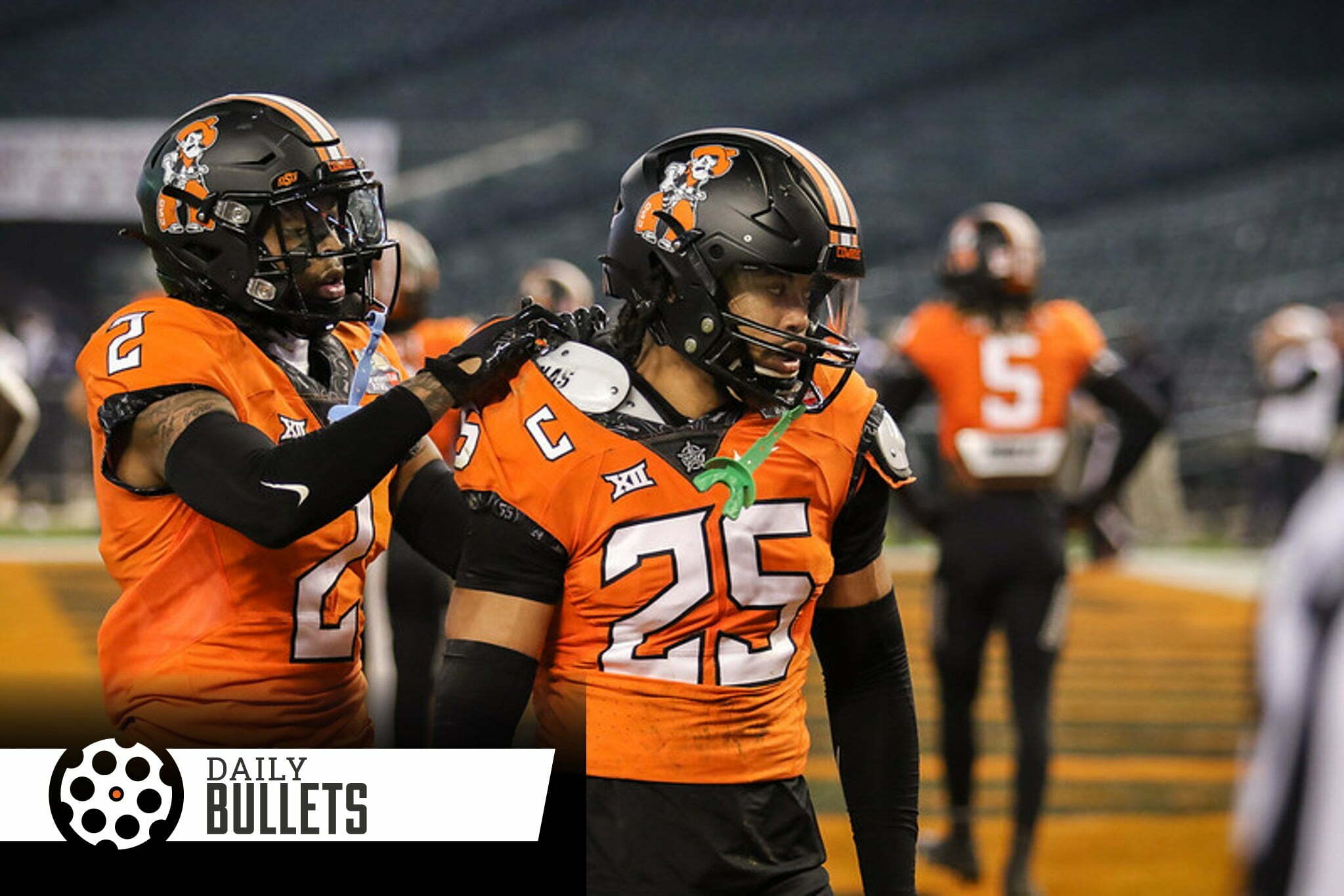 It’s obvious, though, that Gundy has to find a veteran quarterback in the portal and somehow, some way has to oversee improvement on the Oklahoma State offensive line. The best of Gundy’s offenses began with excellent blocking, and OSU’s blocking hasn’t been consistently excellent for a long time.

• Mike Gundy had some strong words for PFB’s head guy after a routine question was asked. Here’s a national media member weighing in on the subject.. You may not be aware of the history of Gundy/PFB but here’s a good synopsis:

Pistols Firing, a website popular among OSU fans, had its credentials revoked in 2020 because of Gundy’s stance on blogs. Scott was not a full-time employee of the site then but attended availability sessions, and he was allowed to cover games starting last year.

• Big key to OSU’s success next year – good insight here on how the Pokes compete with teams more gifted in the trenches:

• Writing in cursive
• Inviting God into the hard places (faith-based)

“These findings suggest that what might seem small when we are deciding whether or not to do something nice for someone else could matter a great deal to the person we do it for. Given that these warm gestures can enhance our own mood and brighten the day of another person, why not choose kindness when we can?”

This is such a fun idea for future fans: