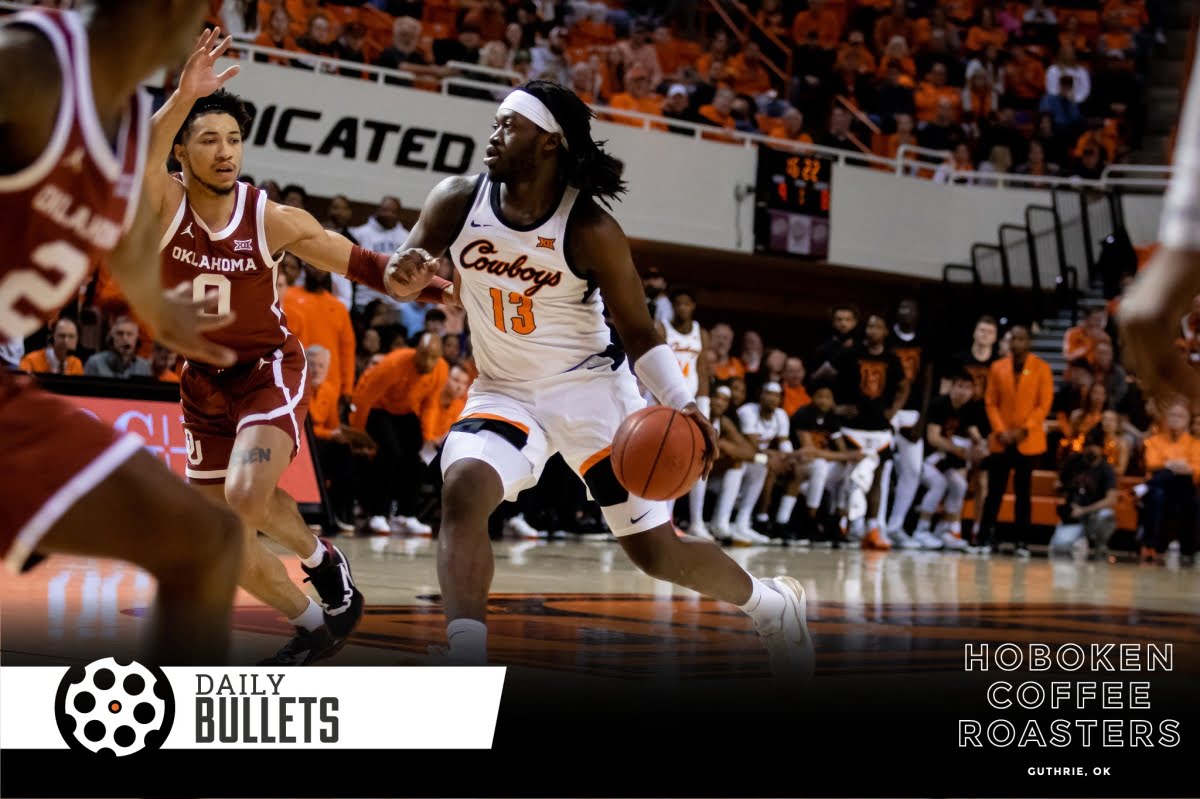 • Berry Tramel looked at an interesting question – are Oklahoma kids more likely to stay at OSU (and OU) in the age of transfers and NIL? OSU signed nine in the last cycle, just three in 2019.

• Will Isaac Likekele play at OSU for a fifth year?

• Three Pokes were invited to the NFL Combine

• Checking on Cowboy alum Zac Robinson as he prepares to coach in his first Super Bowl.

The former Oklahoma State quarterback is in his third season with the Los Angeles Rams, now the assistant quarterbacks coach. That means any time you see Matthew Stafford on the sidelines during games, there’s a good chance Robinson is nearby.

Living in LA working for Sean McVay (I just may) must be nice but if Zac ever wants the OC job, that would be fine with me (no offense, Kasey Dunn).

“Things are starting to become clearer,” Black said. “As I am getting a chance to watch the schools play and seeing what they do, everything is starting to play out.”

• A few Pokes were named to the Hogan Award watchlist

• Jelani had himself a terrific season:

• No bueno on Cowboy Football’s 2022 projections from SP+: around a six-win regression:

• Why our attention span is so short
• The best words to try first in Wordle
• This piece on steps for growth as a Christian man was v. good (faith-based)