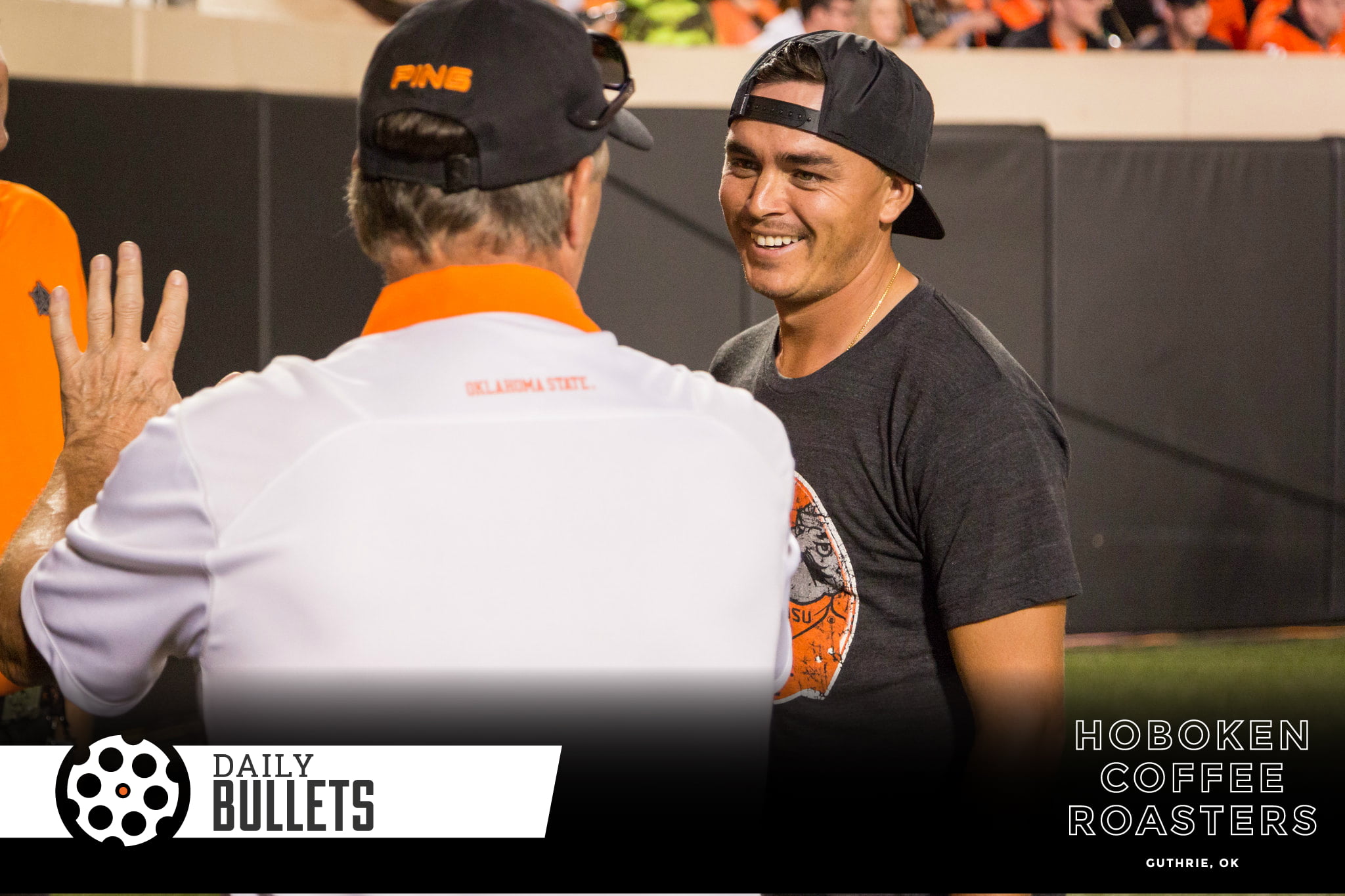 Here’s to another chance for Rickie to shed the title of “best golfer without a major” – leaderboard linked here.

• Porter has Rickie Fowler as one of the few with a legit shot to catch Shane Lowry today.

Rickie Fowler (trails by 8): It’s actually a decent spot for him. I’d rather the deficit be four or five, but if he can post 65 or 66 without a ton of pressure and the leaders just fall off a cliff (might actually take them literally falling off one of the cliffs into the sea), then he could win the first ever Back Door Open Championship. [CBS Sports]

This is a fantastic point – Rickie has shown he can perform under pressure (last year at the Masters for example) but an ideal Sunday for Fowler is within striking distance and the pressure on others.

.@RickieFowler is set for strong finish after a birdie at 15 #TheOpen

• It’s not a good look for the NFL – they’re letting Tyreek Hill back on the squad with no discipline in place from their end.

The NFL reportedly spent more than eight hours interviewing Hill in June, but the league could not get in contact with Espinal. Ultimately, the NFL echoed the Johnson County DA’s conclusion, saying in the statement that “local law enforcement authorities have publicly advised that the available evidence does not permit them to determine who caused the child’s injuries.” [The Ringer]

My uneducated legal analysis is this:

Hill is getting off on a technicality on account of the league/authorities not being able to confirm who caused the broken arm his young son had. I’m glad our legal system has the precedent of innocent until proven guilty but protection for this child is even better.

• When Mike Gundy hired Charlie Dickey to be his offensive line coach, this may have been the single most important factor.

Yet Gundy said that recommendation wasn’t nearly as important as his own rosy perceptions of the way K-State’s offensive line eclipsed — repeatedly — recruiting services’ evaluations of their talent.

“I (had) always been impressed with their ability to perform at a high level from a blocking standpoint with … two- or three-star players, for lack of a better term,” Gundy said. “So I had had (Dickey) there and ready to hire.” [The (Manhattan) Mercury]

• Sweet looking moonshot next to the bell tower from the Student Union here:

In honor of the 50th anniversary of Apollo 11, this is the moon rising over Oklahoma State University. #okstate #apollo11 #moon #nikonusa pic.twitter.com/1griQjyHne

• Man – I’m excited to watch Chuba play this year. If Deondrick Glass pops, this could be a serious string of running back talent.

It’s a shame that we have to wait another year for Top Gun 2!