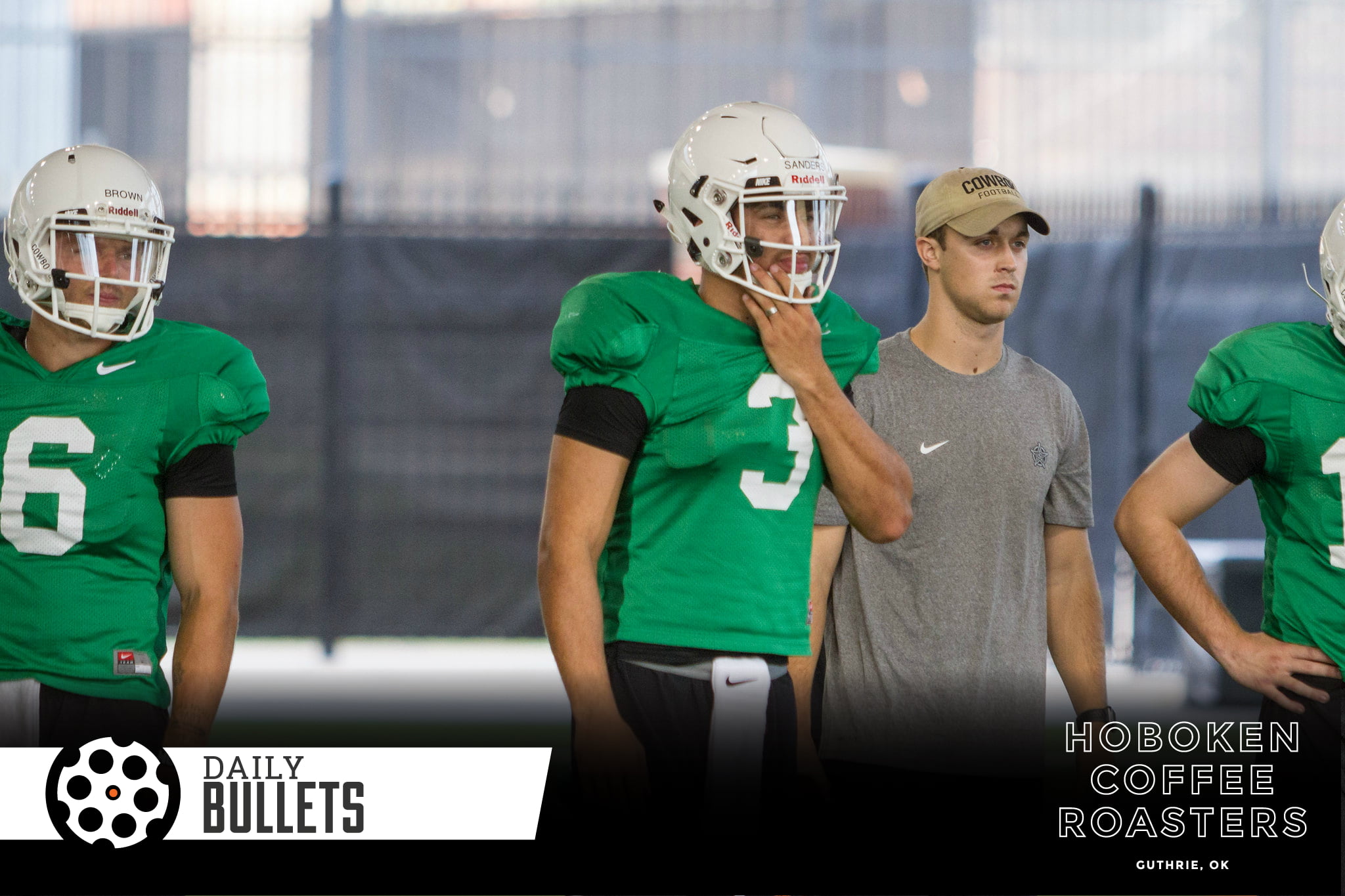 “Plans are useless, but planning is indispensable.”
-Dwight Eisenhower

• When the QB race 2019 is looked at, I think there’s some wrong perspective out there.

With this tight race, I doubt we see a starter announcement anytime soon and regardless of who that is or whether it’s both, if they get close to the numbers put up by Taylor Cornelius last season, Oklahoma State’s offense shouldn’t miss a beat. [GoPokes]

The question isn’t about if the offense will or won’t miss a beat, it’s who will have it in the best place at the end of the season and (I think) what dividends you’ll receive by who you play now.

Now – if I truly believe that, I positionally have to be open to the idea of Brendan Costello winning the job. And theoretically, I am. All I know is if I hear about seeing what we’ll know about a quarterback after his 15th game and I have to watch a quarterback who isn’t eligible to start more than 14 games total this season, I’ll probably lose my mind.

• Yahoo Sports ranked all the athletic departments (overall in all sports) in the Power 5, ranked Nos. 1-65. See where OSU came in.

25. Oklahoma State
Best sports: men’s golf, wrestling. Trajectory: steady. The Cowboys have put T. Boone Pickens’ money to pretty good use, building a solid collection of spring sports programs — most notably men’s golf, baseball, softball and both tennis teams. Only 11 schools scored more points in the spring than Oklahoma State. Other than wrestling, the winter programs were rather lackluster in 2018-19. [Yahoo Sports]

This is kind of a “Learfield Cup” type of system where you’re graded for success in the sports you participate in. But OSU’s incredible spring that we all reveled in shot OSU up the ranks.

• A popular recruiting analyst took a shot at who would be the next 2020 recruit Mike Boynton would get – and if it’s not Cade Cunningham, he thinks it’ll be this guy.

If not Cunningham, my best guess would be Jaylin Williams. The four-star center has already taken an official visit to Stillwater earlier this month and was expected to unofficially visit Oklahoma State again last week until it was nixed at the last moment due to family commitments. While I do not see Williams committing before the July evaluation periods begin, the Pokes are in a great spot. [Rivals]

Adding an athletic, 6’9″, 230-pound center would be a good way to spend a scholarship. Could you imagine if the Cowboys had not one but two quality big men? After a decade or two of projects, this would be more than welcome.

• Cardiac Cowboys winning twice as much as they lose in one-score games bears out in the numbers.

I’ll spend the rest of the week working on this one.

Memorized answers given to people that are trying to navigate difficulty is about as satisfying as offering a hungry man a toothpick.

Our culture is one of talkers that trample one another with obstinate opinions. Listening is a greater virtue than having a voice.