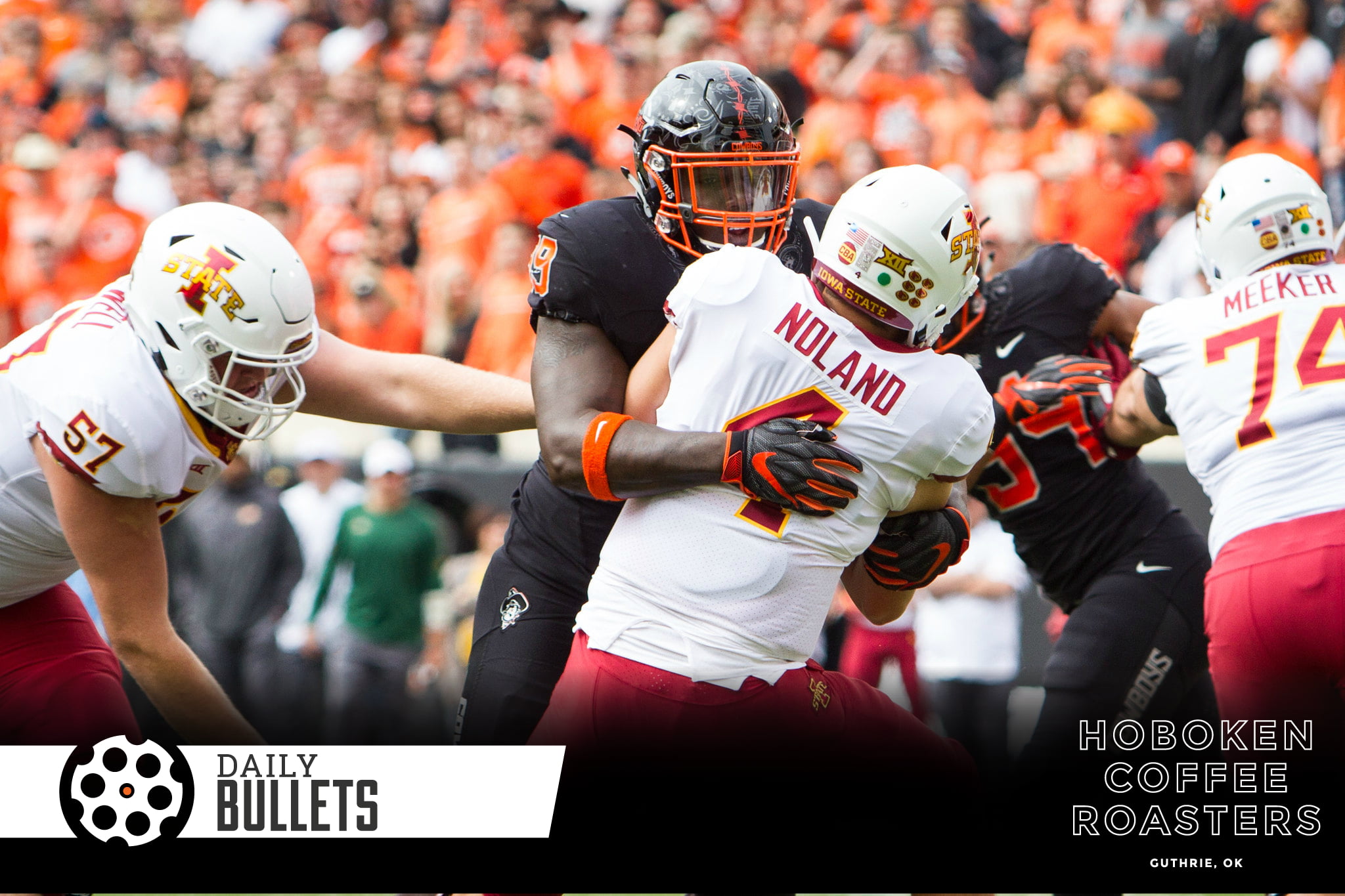 After the Pokes lost in Lubbock yesterday, I’m a Kawhi-icing of the Warriors away from sports hibernation until August.

• Boone eulogized the Cowboys’ sweet-sixteen (superregionals) birth well with this comment after the season ended in Lubbock yesterday.

After being swept in the regular season by the Red Raiders, OSU’s ability to push them to the brink of elimination speaks volumes about how fast this team grew under Josh Holliday and Co. in record pace. [PFB]

My take is that if you need nine runs to get out alive, it’s not your offense’s fault – I loved Colin Simpson swinging for the Sandia Mountains but he shouldn’t have to.

• This is a fantastic question: what will more impact OSU getting close to ten wins – Spencer Sanders being the next great No. 3 or OSU developing a solid pass rush?

The biggest question will be the defensive line, and while that group earned some kudos for the way they played this spring, the Cowboys are short on players who have put their hands in the dirt on Saturdays and put Big 12 quarterbacks on their backs. If the Cowboys can find and develop solutions there, a 10-win season isn’t out of the question. [247 Sports]

I’ve always been of the opinion that it’s an elite quarterback that separates the schools in the middle – a Mason Rudolph atones for the lack of Emmanuel Ogbah’s and Vincent Taylor’s.

But if you don’t have one of the top five quarterbacks in school history, you might be able to get to double-digits with an NFL guy or two on the defensive line. I’ll never forget how Ogbah dominated that West Virginia game in 2015.

This has to terrify any QB when facing #OkState this year. @Eman_OSU38 is a beast. pic.twitter.com/xJN9MDBMwk

• When you sit down to watch the Women’s World Cup this summer – keep an eye out for a former Cowgirl, Adrianna Franch (playing for the Americans).

Franch, former Oklahoma State All-American goalkeeper, will compete with the United State Women’s National Team. She is one of three goalies on the USWNT World Cup roster. This marks Franch’s first appearance at a World Cup. [Big 12.com]

• I would love to watch Zion play college football – Jim Knowles’ would have given Zion his annual salary (and firstborn child) to play a few snaps if Zion was there in 2017 (Knowles’ last year).

• The invention that won WWII

• The difference between seeing and observing

• Watched this Humphrey Bogart movie over the weekend (trekking through the top-100), may be the best depiction of how greed consumes in movies (think “Wall Street” with gold in Mexico)