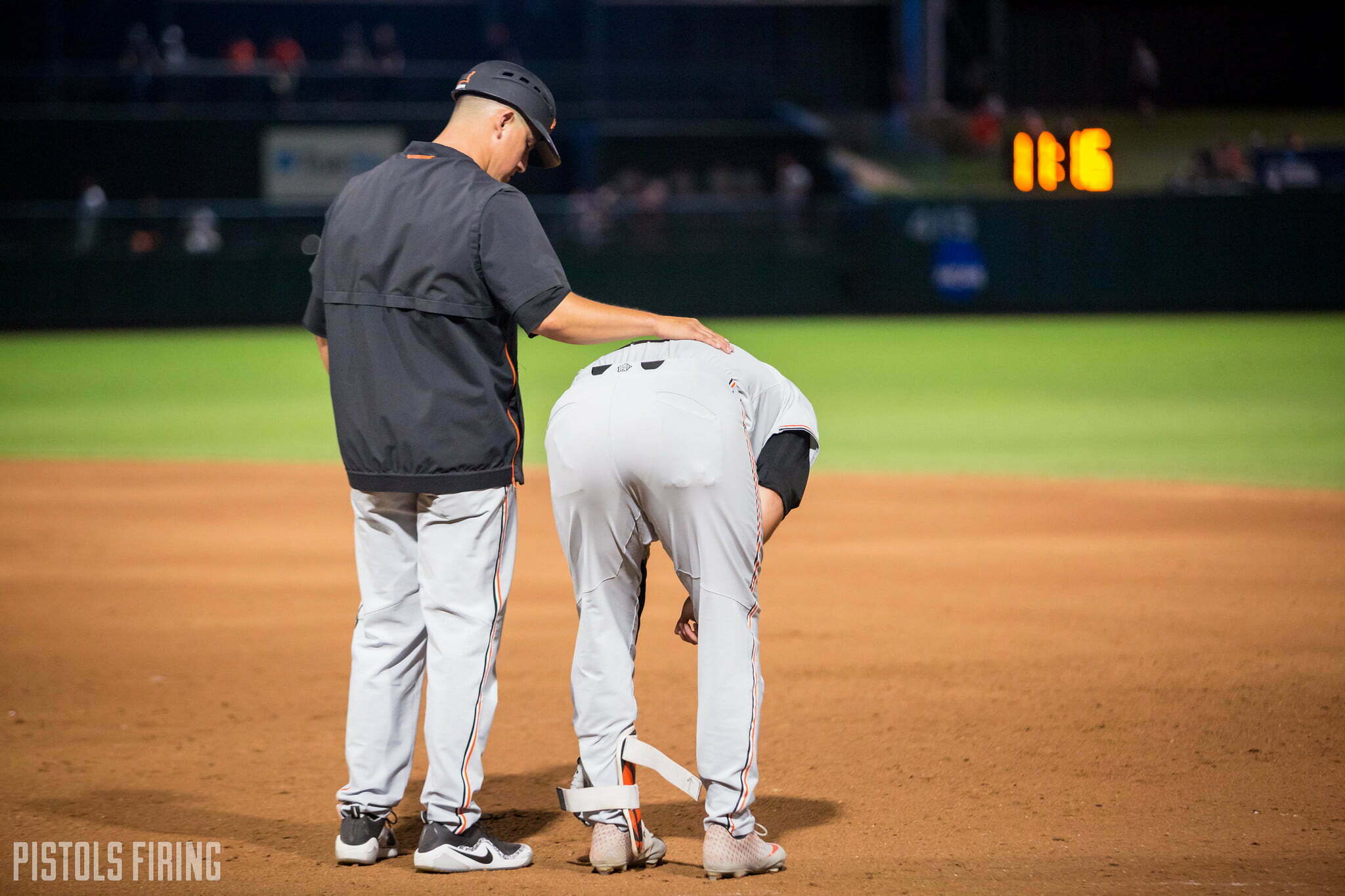 Oklahoma State’s season has come to an end just one win shy of a College World Series appearance after falling 8-6 to Texas Tech in Game 3 of the Lubbock Super Regional on Sunday night.

The Cowboys and Red Raiders exchanged leads throughout much of the evening, with each power squad delivering multiple home runs and lead changes. But Texas Tech’s three-run homer delivered by Kurt Wilson in the top of the eighth made it 8-6 bad guys, and the Pokes couldn’t recover.

OSU began the game in similar fashion as Tech effectively ended it. The Cowboys struck first with a Trevor Boone solo homer to lead off the top of the second, channeling magic he’d struggled to rediscover since the OKC regional.

In the top of the fifth inning, OSU’s bats again came alive with two consecutive doubles, scoring one. OSU capped the inning with a Colin Simpson sac fly to tie things at 3.

To open the eighth inning, Big 12 Player of the Year Josh Jung struck a solo to right-center to cut OSU’s lead to one run, and then Wilson provided the difference-maker.

After being swept in the regular season by the Red Raiders, OSU’s ability to push them to the brink of elimination speaks volumes about how fast this team grew under Josh Holliday and Co. in record pace. But only one team could advance to Omaha, and Tech is moving on while OSU is moving into the offseason.