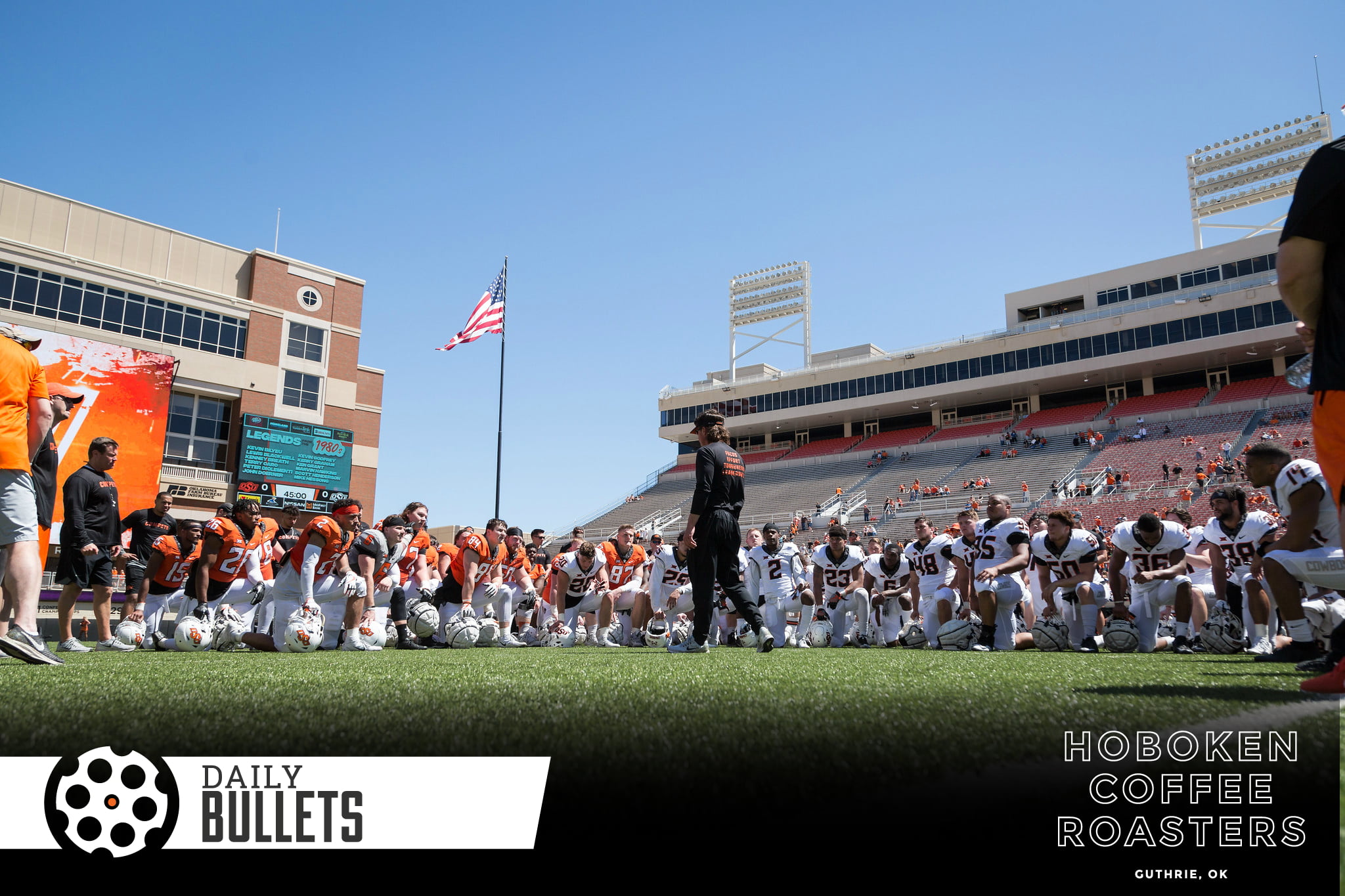 • I’ll continue to pull nuggets from the interview Mike Gundy recently did with the Oklahoman and the TulsaWorld – today’s bit is about Gundy’s energy level and when he guesses he’ll call it quits.

“I’ve been very fortunate with my health,” Gundy said. “I feel good. A seven-win season actually adds years, because whenever the time feels right, like when most guys have said, Coach Stoops and different coaches I’ve had discussions with, I don’t feel that’s as close as maybe I thought it was five years ago.

“I think a lot of it has to do with the seven-win season. Because whenever it gets to the point where I say I think somebody can do this better than I can and it’s more profitable for the university, not necessarily financially but overall, then I want to leave it much much better than when I took it over.

“And I would say 60 would be a good number now, where I’m sitting. Just based on my excitement level.” [NewsOK]

Gundy said a lot – specifically on how the seven-win season revs his engine and revitalizes him.

When Stoops called it quits at 56, you wondered if Gundy would take his queue and call it quits before he saw his 20th year in Stillwater. It appears Gundy has plenty of road ahead of him – a great thing for Cowboy football fans.

The one that has been occupying a lot of time and interest in this state has been Oklahoma City Bishop McGuinness defensive end/outside linebacker and pass rusher (17 sacks as a junior) extraordinaire Brynden Walker. The latest is Walker told Go Pokes/247Sports on Saturday morning (June 15) that he is “firm with Oklahoma State.” [GoPokes]

• Has implementing a Big 12 Championship game been a win for the league?

Maybe, just maybe, the Big 12 knew what it was doing when it brought is football championship game back from the dead last season.

Since then, the Big 12 has held two title games at AT&T Stadium and put champion Oklahoma in the College Football Playoff each time — the primary reason for the resurrection. Before the return of the title game, the Big 12 was 1 for 3 on making the CFP. [SportsDay]

The real test will be when someone not OU or Texas has an argument to be in the playoff after a narrow loss in the championship game.

• Samantha Show did a radio interview talking about her experience at OSU.

• Coach Boynton with his son, Ace here is awesome.

To all the dads that inspire us. Happy Father’s Day. #c2e #okstate pic.twitter.com/ogqw0Rz5dI

• Solid faith-based read on not being a quarrelsome person

• Pretty extensive list of movies about dads here from AoM