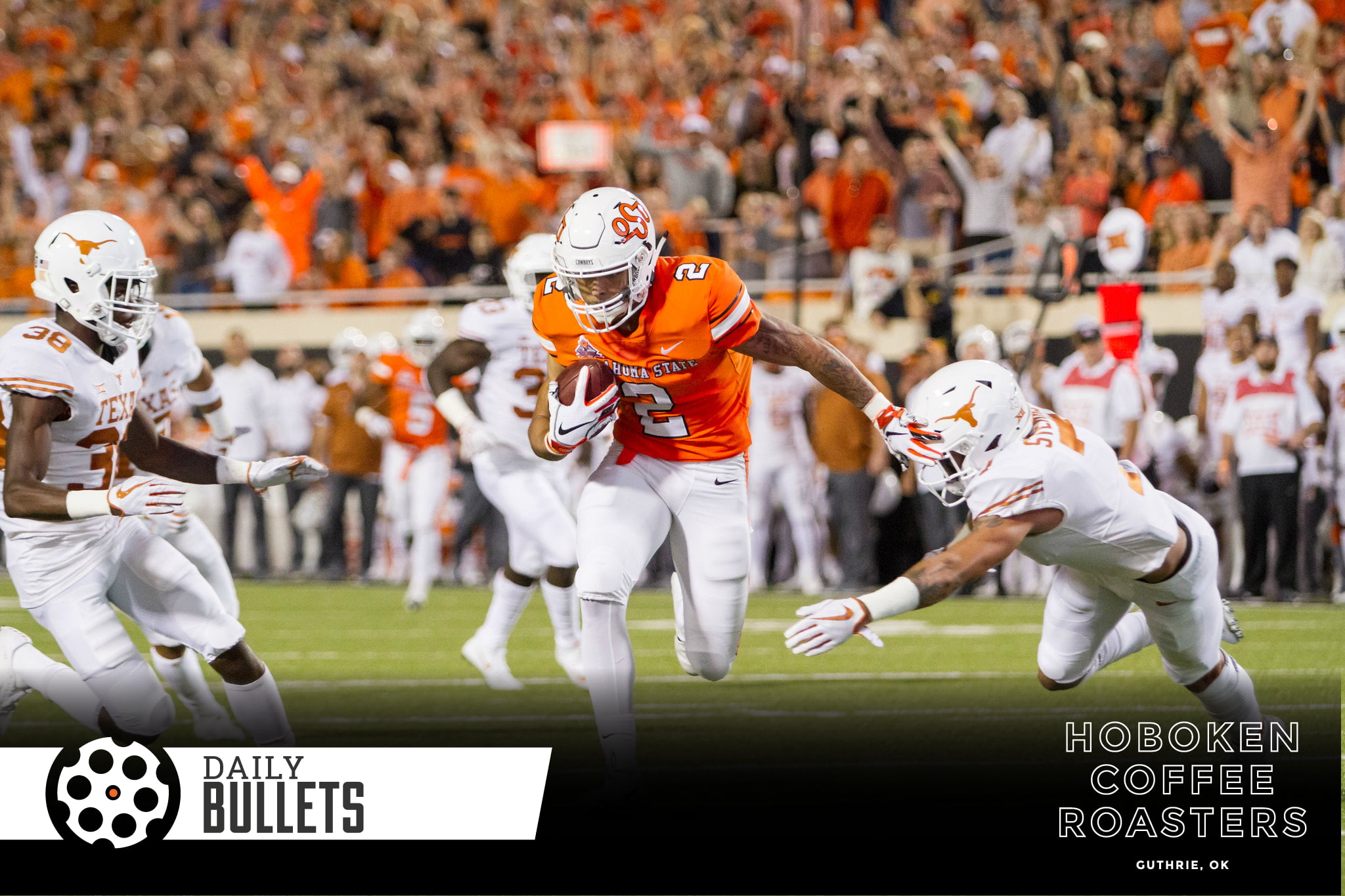 “One should respect public opinion insofar as is necessary to avoid starvation and keep out of prison, but anything that goes beyond this is voluntary submission to an unnecessary tyranny.” – Bertrand Russell

• Getting a deal Dunn
• Why/Why not Zac?
• Hovland & Wolff chair a strong class

• When Mike Gundy reflected on some personnel decisions he came to terms with how you win some (Kasey Dunn) and you lose some (Josh Henson).

“We were extremely fortunate to keep Kasey Dunn. (Athletic director Mike Holder) did a fantastic job of building a contract and a package — a long-term deal — and, essentially, recruiting him. Kasey wanted (a promotion). He wanted to be the coordinator, so I wasn’t the most popular guy with him at that particular time. That’s life. That’s the way it is. So, coach Holder basically did a fantastic job of keeping him here.” [TulsaWorld]

I think Gundy probably had to pick which one he could keep between the two, right? There were resources to take care of one and it’s hard to argue with who had proved themselves more.

• When OSU goes to fill Gundy’s chair (eventually) it’s hard to know what will be important but it’s understandable to evaluate Zac Robinson on why/why he wouldn’t be a good fit.

It’s not to say he wouldn’t be great, but I’ve never really envisioned Zac as a college head coach. He’s too laid back and there are too many great golf courses to play. Maybe as this type of an assistant or even a coordinator, sure, but not as the head guy.

But 2026 (or whenever Gundy hangs up the zip-off windbreaker pants) is a long way away. A lot can happen. A lot can change on both the landscape and a person. Between the orbit Robinson has entered and this tidbit trickling out of Stillwater, this is definitely something to keep an eye on going forward. [PFB]

• Matthew Wolff and Vicktor Hovland are charter members of an unusually strong class of golfers coming into professional golf.

Elite amateurs turn pro following the NCAA Championship or U.S. Open each year and typically receive exemptions into several PGA Tour events throughout the summer. Tournament sponsors hope the next wave of talent can generate interest in their events, which are often overlooked in the gaps between the majors.

The former Cowboys, along with old college rivals, California’s Collin Morikawa and Justin Suh of Southern Cal, have drawn more attention than usual. Each has the talent to enjoy a long, lucrative career in professional golf. [Forbes]

• Vicktor Hovland is T25 at three under while Wolff is T-87 at even par through day one.

What a professional debut for Viktor Hovland.

• Is Chuba the best pass-catching back to come through Stillwater since Joseph Randle?

This stuff always seems like the episode of The Office where Michael considers fake-jumping off the roof but had some legit tips.