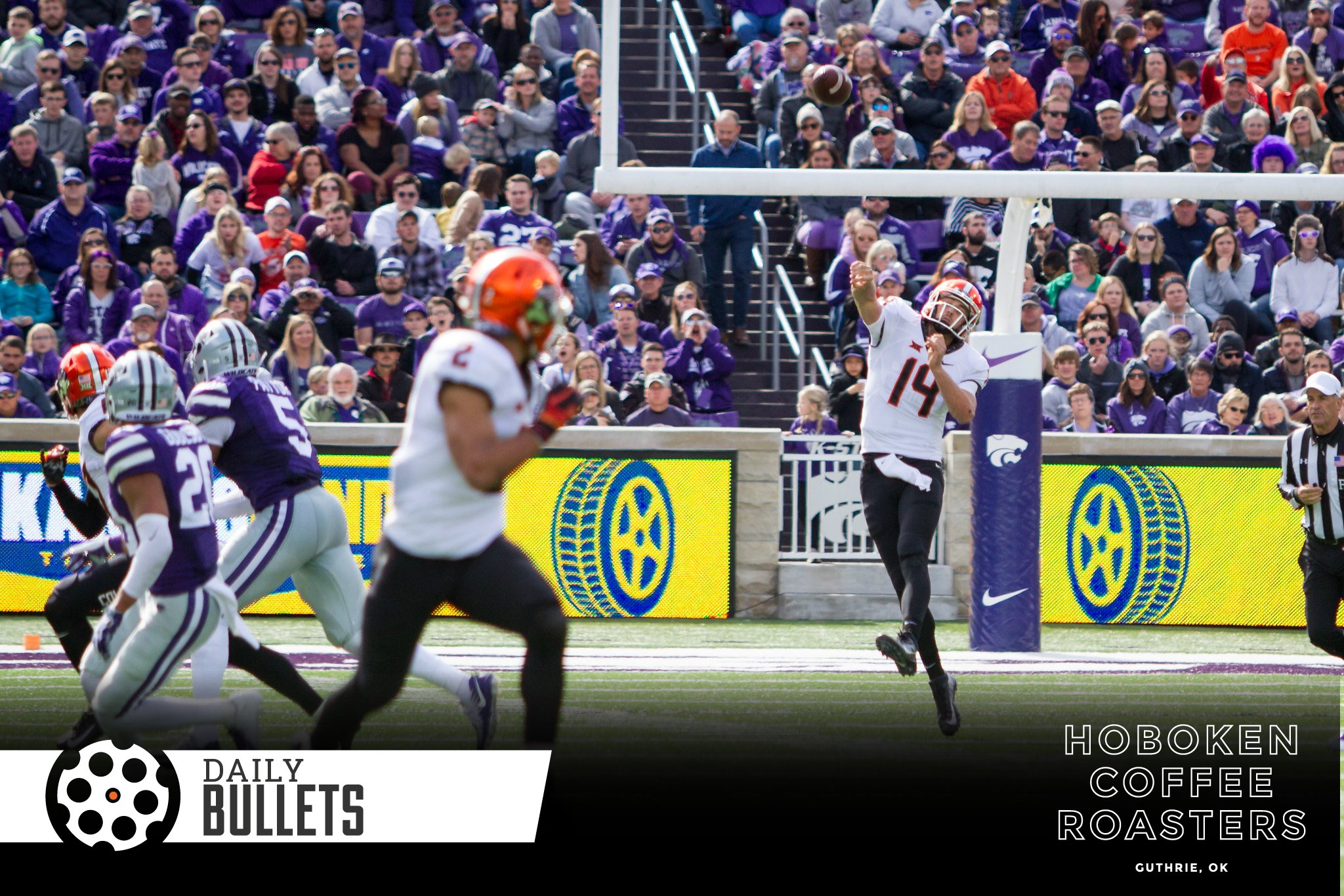 A Bullets reader reached out earlier this week just to say hello and thanks for writing – ya’ll are the best. Thanks again for spending a few minutes of your morning reading my stuff.

Cunningham spent last season on staff at Tulane under Mike Dunleavy Sr., played under Hall of Famer Larry Brown, and has ties to a wide recruiting base in the DFW. But his biggest connection, without question, is this:

Cade Cunningham is making a case to be the number one player in the class of 2020. The 6-7 guard has been putting in work this summer ???@CadeCunningham_ pic.twitter.com/yL63uQJXgE

• A major player in Vegas has the Pokes win total out for 2019… and it’s underwhelming.

You can formulate the answer for yourself reviewing the 2019 schedule but I’d give Gundy the benefit of the doubt with Tech, K-State, and West Virginia all breaking in new coaches and TCU/Baylor coming to Stillwater.

• Viktor Hovland has found his competitive advantage incredibly early in his pro career – incredible performance off the tee box.

Hovland is doing it with accuracy (84 percent of fairways hit at Pebble Beach) and distance (T12 in the field at Travelers in driving distance on all drives). He is dominating (arguably) the most important part of the modern game, and he has one official start as a pro under his belt. [CBS Sports]

Enough good things can’t be said about the Nordic golfer – both he and Wolff made the All-Nicklaus team recently as well.

• A day late on this but props to Marcus Smart for winning the Hustle Award.

• You can change CFB history by changing one old touchdown. Which will you choose? Spoiler: OSU isn’t involved.

• This is the perfect computer desktop picture for the summer.

• Two ways to get better at something: the boot camp or the gentle slope

• I’m fascinated by the Kyrie vs. D’Angelo Russell decision for the Brooklyn Nets

• Challenging personal finance concept in the “tyranny of small debts”