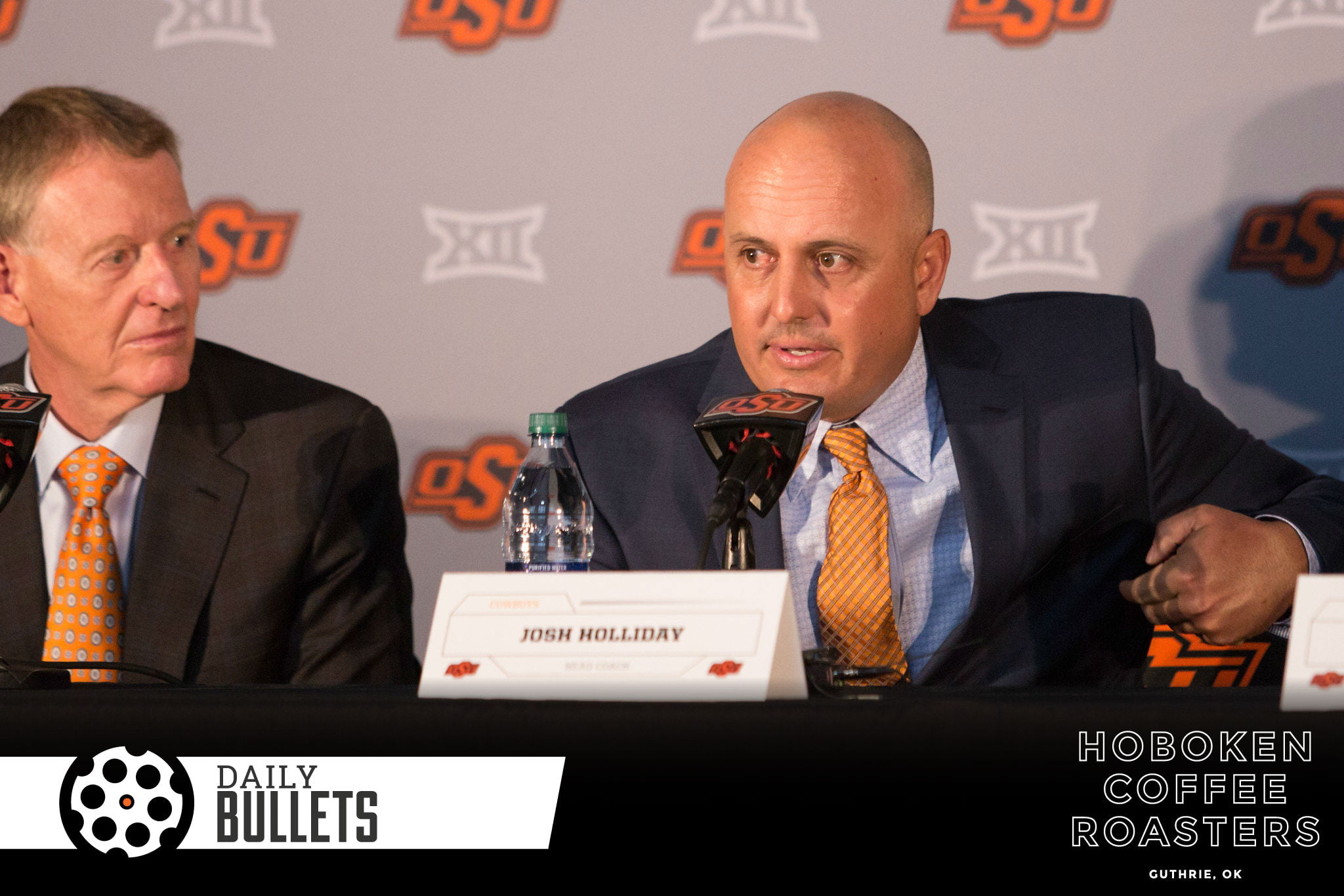 • Shakeup on Holliday’s staff
• Convoluted rules from the NCAA
• How good is Cade Cunningham?

• A report is out that Cowboy Baseball assistant James Vilade has left the program and some speculation is bubbling up as to who the replacement will be.

Speculation is bound to increase as to whether Cowboys head coach Josh Holliday would bring on his brother, Matt Holliday, to coach for the program. Holliday is a 16-season veteran in the Major Leagues with mainly the Colorado Rockies and St. Louis Cardinals, but he also played one season each for the Oakland Athletics and the New York Yankees. He is a seven-time MLB All-Star selection and a former NLCS Most Valuable Player and a National League batting champion. Matt Holliday could be a major force in recruiting talent to the program. [GoPokes]

• The new NCAA legislation on limiting transfers is such a strong swing back in favor of the schools/coaches. But even more, it’s a massive step towards muddying the waters and creating a hard-to-understand process.

Regardless, the answer to all of this is not more verbiage and more rules. This is what you do when you’re fearful of the future, though. You create situations where you have more control over what happens. That feels good and right, and if we’re being honest the NCAA probably thinks its just nailing this for both student-athletes and their schools. [PFB]

• While we continue to fawn over the impact adding a top-five recruit could have on the basketball program, let’s take a look at what an expert has to say about Cade Cunningham.

“A well-built wing who is growing. Good athlete who has a burst with the basketball. Makes plays in traffic. Great floor vision while attacking the rim. Finishes with touch. Decent lateral quickness. Good defender off the ball. Rebounds his position. Outside shooting is improving.” – Jerry Meyer. [GoPokes]

That doesn’t sound like “leaps over buildings in a single bound” but it does sound like you could go to him for a bucket. From the most recent draft, this sounds a bit like RJ Barrett who went to Duke. A guy who can playmake and get a bucket when needed.

That quality is reminiscent a bit of what Jawun Evans did from the point guard spot – except this is a growing 6’6″ wing.

• Great piece looking at the winners and losers over the last decade resulting from college football and conference realignment.

Agreed that Texas’ lack of success does make them a loser – it’s not like the Longhorn Network’s money or exposure has changed the program for the better.

• A Keondre Wudtee sighting! LD Brown may be the best third-team running back in the Big 12, assuming he’s behind Deondrick Glass.

• Well other than the fact that Sam Ehlinger wasn’t a five-star (or five-A in his words), he’s a long ways from a Colt McCoy or Vince Young.