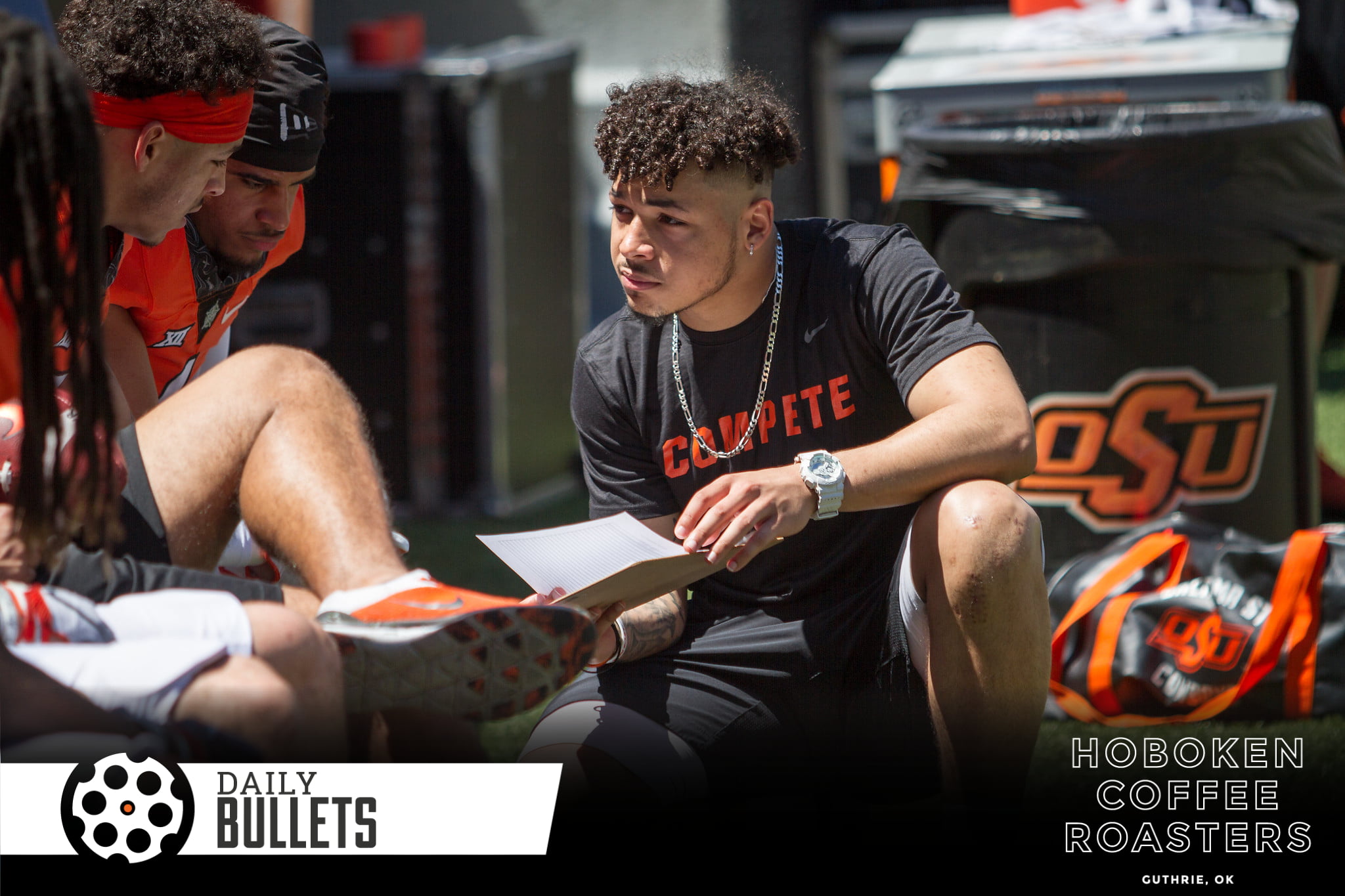 The year is half over, never ceases to amaze. The older I get, the faster it goes.

• This on Tracin Wallace and his bummer of a career — especially when juxtaposed with Tylan’s — is really good. Made me feel both sad and hopeful for him, which is exactly what you’re going for.

Doctors performed the bone graft surgery in September and the ACL repair in February, leaving plenty of time for Tracin to contemplate his next move.

At times, he still thinks about what could have been. How good might his high school team have been if he’d stayed healthy his final two seasons? What kind of receiver could he have become, after showing such promise so early in the transition from quarterback? [NewsOK]

• Likekele and Cunningham helped USA cruise in Greece as they beat New Zealand by 40. Cunningham had 11. Likekele had nine and eight assists. Here’s what the latter said after the game.

“We were definitely sluggish to begin with,” said Likekele. “I couldn’t really establish a rhythm myself, and as a team I felt like everybody was sluggish. We had a lot of missed layups, missed opportunities, We’ve got to be better. In the second half I feel like we picked it up most definitely as a team. I still didn’t play at the level I need to play at to be successful the whole way through, but that will eventually change. I feel like the more and more we play and come together as a team we’ll get even better.” [Team USA]

Related: Are we about to see The Leap from Likekele?

• Good stuff here from Robert Allen on what OSU has planned in the uniform category for 2019.

Williams promised that his staff will have some new looks to throw out there this season. Oklahoma State won an award last season for the best nostalgic or throwback uniform with the 1988 Barry Sanders Heisman Trophy anniversary uniform they wore for homecoming. Williams confirms the tradition of honoring past teams with a homecoming helmet will continue. [Go Pokes]

• RA suggests that Oklahoma State should be Cornerback U.

I mean, since we have a Pistol Pete for everything else.. #OKState #BatFlipU pic.twitter.com/jIPJpHp0wy

DYK @_Greatest_Ever1 is the youngest Cowboy to claim a World Team spot since @JohnSmithOKST represented the U.S. in 1987 in his first World Team campaign.

Fix is set to make his international senior-level debut in August at the Pan American Games. #okstate pic.twitter.com/RoYWKGOTON

• I actually do need this.

"If you need your yard cleaned up call OSU Men's Basketball Lawn Service!"

The boys spent their morning lending a hand to the great folks at Payne County Youth Services. #letswork #okstate pic.twitter.com/gGcAhBRaIq

• Berry wants to know why Baker is still jawing at Texas.

• Leave stones unturned. Trust me, do this.

• This got (hilariously? predictably?) dumped on, but I could not have possibly enjoyed it more. Goat on goat crime.

• Loved this one: 16 leadership lessons learned the hard way.