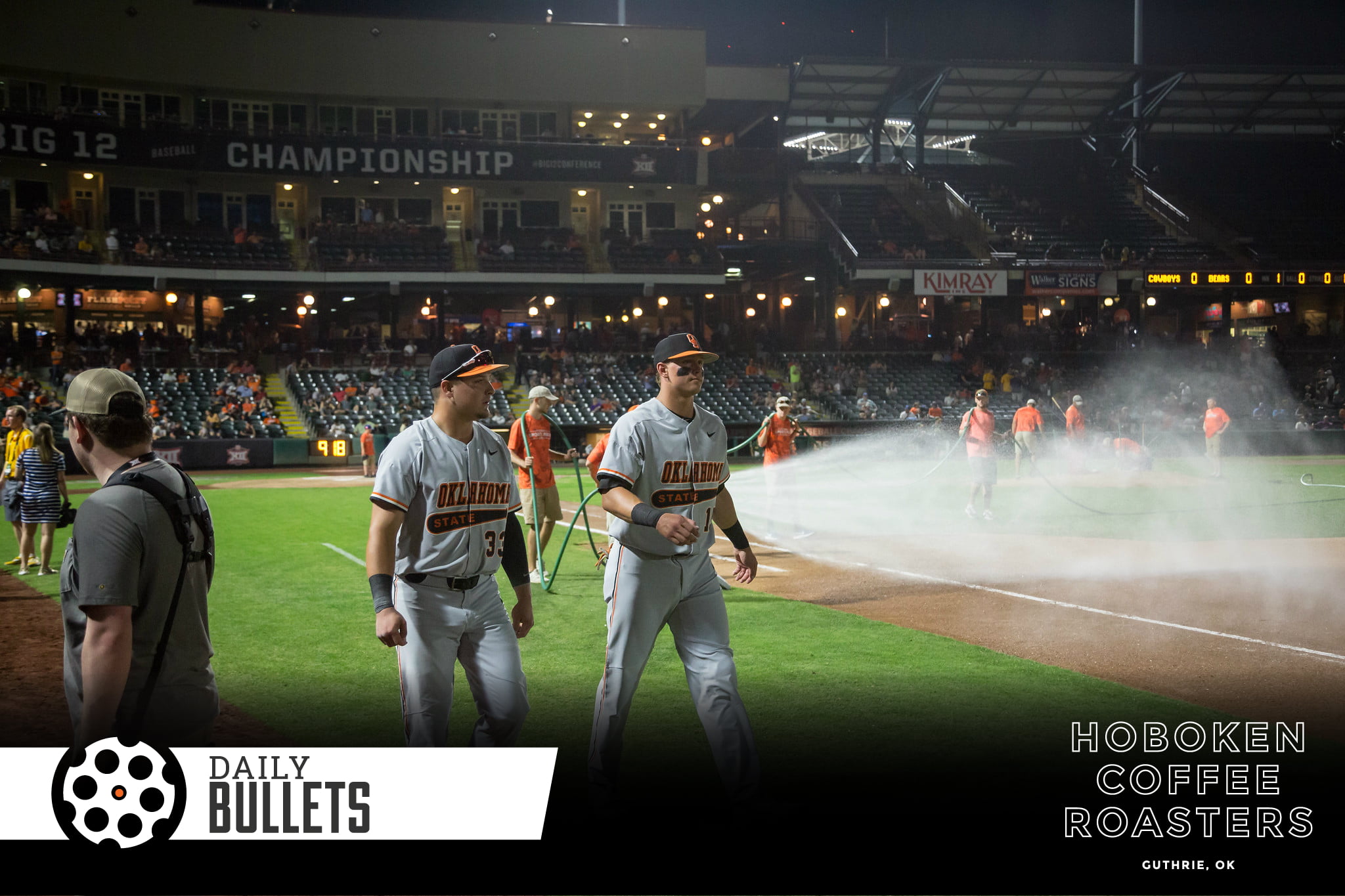 The details are out on the Super Regional in Lubbock – plan your weekend accordingly.

• 2019 Cowboys still the best
• Different story in LBK this weekend?
• O’Neal would destroy

• Golfweek is here to make an argument that OSU’s 2019 golf team is still one of the best ever – regardless of the result of match play. This statistic of their dominance was shocking.

Now consider this: The largest stroke-play difference from the No. 1 spot to the No. 8 spot since the field went to 72 holes of qualifying in 2015 was 20 shots. That happened at Rich Harvest Farms in 2017. This year, Oklahoma State’s difference from first to second place was 31. [Golfweek]

• When you look at OSU’s history in Lubbock this season (a weekend sweep), it’s hard to know which piece of history is relevant – a stellar May or the 0-3 weekend.

The grand prize for (Joe) Lienhard and his teammates is a trip to Lubbock, where in late April OSU was swept by Texas Tech in three games. (Josh) Holliday says he has a much different and much better team now.

On the NCAA bracket overall, Texas Tech is the No. 8 seed. The Cowboys are seeded ninth.

If Holliday gets pitching as he did on Monday, and as he did from Jensen Elliott against Harvard on Friday, the outcome of a return Lubbock trip might be far more positive. [TulsaWorld]

• The AP has Leslie O’Neal in the Hall of Fame with one short descriptor as to why.

Could you imagine the havoc O’Neal would cause in 2019? If a speedy tweener like Jordan Brailford can nearly lead the league in sacks, a bonafide bruiser like O’Neal might end someone.

• Former Cowboy assistant Marcus Arroyo was given a hard time about coordinating the Oregon offense last year but there’s an argument to be made the Pac 12’s No. 2 offense wasn’t that bad.

• Of course – Show made the all-tourney team. She’s signed up to play for a professional team back home in Texas as well.

• I’m over it – but I think this is why the OSU-Tulsa deal (1-for-1 ratio) was so surprising. You’d expect the lower level team to travel to the big dawg at a 2-for-1 ratio.

Arkansas and Memphis have announced a three-game series:

• Arrival fallacy and the problems after accomplishment