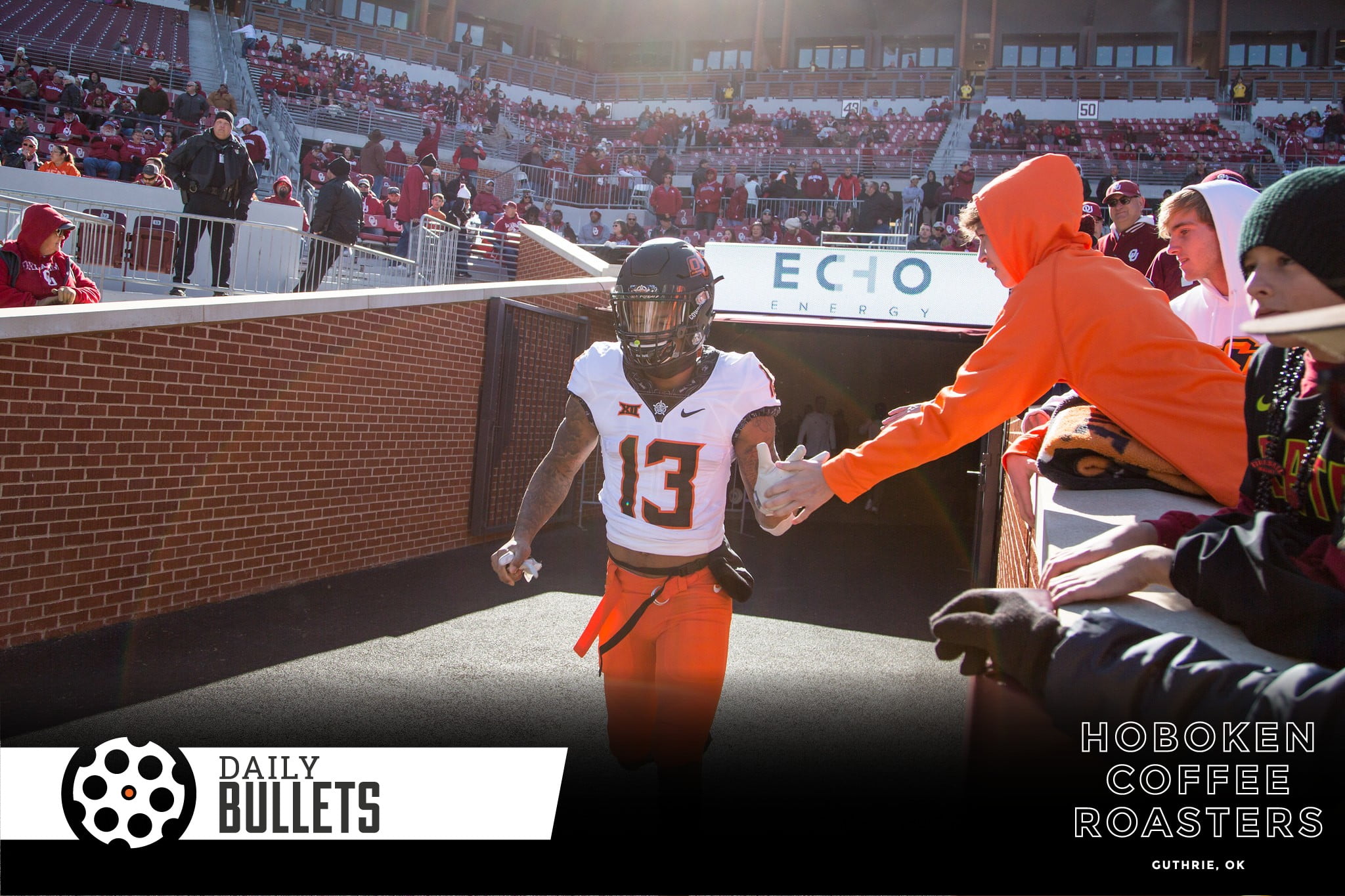 Oklahoma State and Alabama have agreed to a home-and-home football series, with the Crimson Tide visiting Stillwater on Sept. 23, 2028 and the Cowboys traveling to Tuscaloosa on Sept. 15, 2029.

The two schools have met only once before, with Oklahoma State a 34-31 winner over Alabama at the 2006 Independence Bowl.

Pretty impressive slate of premium non-conference games for the Pokes:

• Colby nails it here – when Alabama comes to Stillwater, who’s more likely to still be the head coach at their school?

• Bill Haisten takes a shot at the question (Will Gundy and Saban be coaching) but here are his thoughts on Gundy coaching in 2028:

As of Sept. 23, 2028, Gundy’s age will be 61. Getting two shots at mighty Alabama – might those games compel him to remain the Oklahoma State coach through the 2029 season?