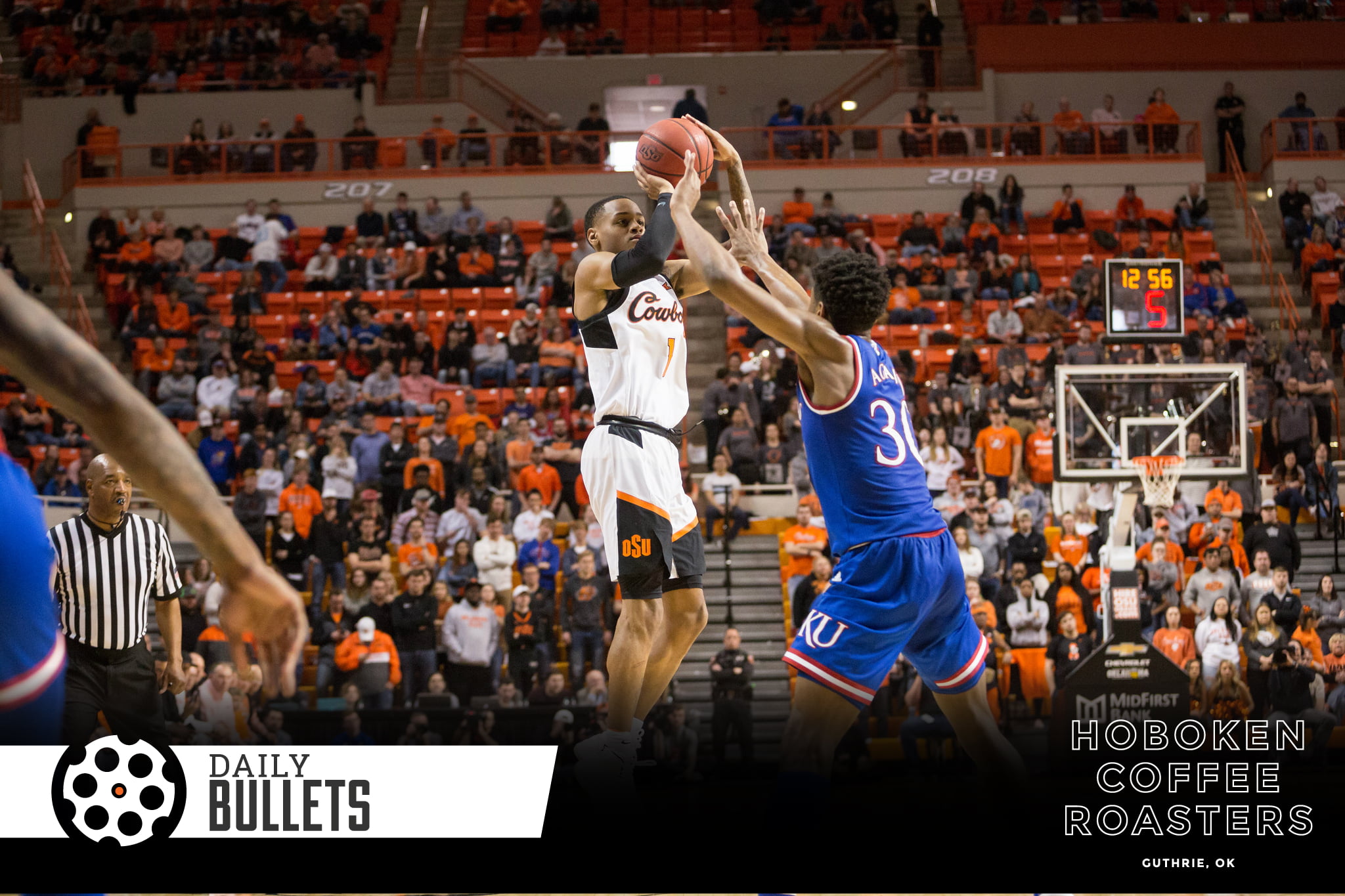 Back in the saddle this morning, coming out firing off e-mails like Lindy Waters in Lubbock last week.

“Recruits believe in what we’re doing,” Boynton said. “As much as what these guys are doing shows that this team has a pulse still, the fact that there’s some really good players out there that are still interested in what we’re doing at 10-19 now shows that we’ve got a chance to really build something long lasting.”

OSU has two scholarship available in its 2019 class. The Cowboys’ four signees as of now, Avery Anderson, Marcus Watson, and Tulsa Memorial twins Kalib and Keylan Boone, rank as the 21st best class in the nation.

Regardless of the recruiting interest (which is worth weighing), taking two of the league’s top teams to the wire in back-to-back games is worth optimism. You become the league punching bag when you quit fighting back, it’s much easier to cheer for these guys when they’re competing down to the wire.

• Absolutely loved the contributions from Curtis Jones on Saturday.

Curtis Jones, a junior guard from Richmond, Virginia, was one of three players to enter the game as an OSU substitute. Jones had 19 points, tying starter Cameron McGriff to lead the Cowboys. After swapping in for starting point guard Isaac Likekele with 15:36 left in the first half, Jones started 4-for-4 from the field, including two 3-pointers. [O’Colly]

The aggression and confidence Jones played with were phenomenal – he looked like a legit sparkplug, a sixth-man for a title-contending team.

If one of the proposals is adopted, which is expected, players who commit a second targeting penalty in a season will be forced to miss the rest of that game and their team’s entire next game. Under the current rules, players who commit targeting are ejected from that game and are required to miss the first half of the next game if the penalty occurred in the second half (there is no further suspension when the penalty occurs in the first half). [ESPN]

I get it – greater concern for the student-athlete. I like the current setup for calls (review for ejections but penalty stands) but I think I’d like it better if it was a three strike policy.

• Gundy came to the Tulsa Caravan a few years ago raving about the measurables on the freshman running back from Booker T. Sometimes there’s hype then sometimes there’s an impressive reality.

• Rickie Fowler came up one stroke short in Florida at the Honda Classic. I’ts hard to knock the guy when he’s making 40-footers.

• This Atlantic piece on depression was spot on – you’re never burdening your friends to tell that what you’re going through.

I still remember the relief I felt when I shared with him the things weighing on my heart and, in the process, felt the distortions I had created melt away. It took another person of wisdom and tenderness to correct my astigmatism, to help me see things for what they were. That moment created a bond between us that was never broken and, over the years, only deepened, until his death in 2015. [The Atlantic]

• Finished a couple of books over the weekend: a great fiction read set in the 1970s about a girl who moved to Alaska with her parents (including her father, a traumatized POW). The other was a faith-based read looking at establishing healthy daily and weekly tech and spiritual habits – really good stuff.

• The Oracle of Omaha’s shifting strategy