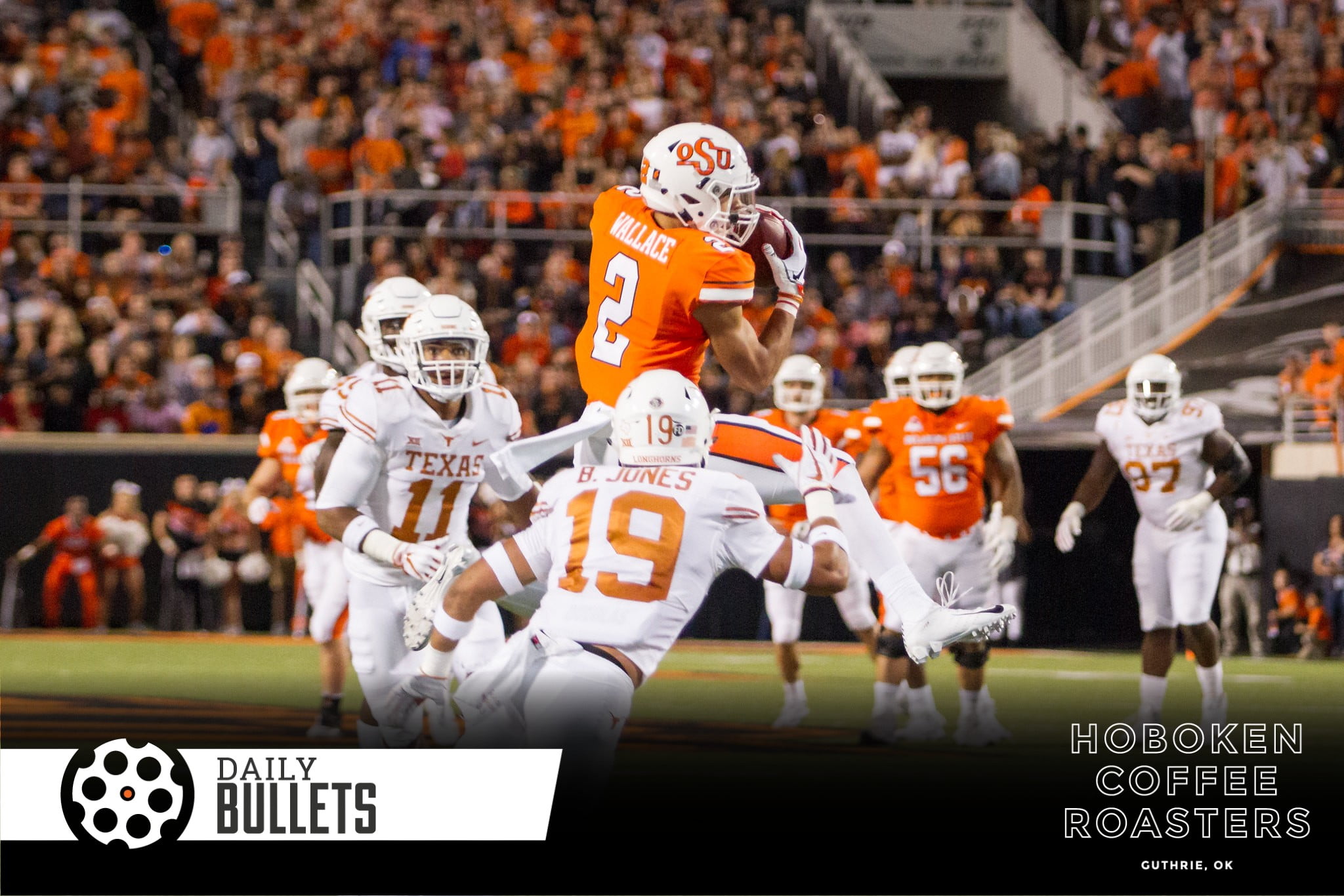 • OSU was involved with the big news in the sports world (with ongoing episodes of The Last Dance) when Matthew Wolff and Rickie Fowler barely lost in a benefit skins match, raising over a million dollars for the CDC.

It all came down to this – Matthew Wolff (who played golf for OSU last season) was just outside the shot of the world’s No. 1 golfer in a closest to the pin contest.

It came down to the final shot.@McIlroyRory and @DJohnsonPGA win the Taylormade #DrivingRelief and $1,850,000 charitable dollars for COVID-19 relief efforts! pic.twitter.com/WIF9JHZvQC

• In an article doing power rankings for college football teams, these comments for the No. 21-ranked Cowboys point to what could be turning towards a crucial year for the Pokes.

Mike Gundy’s coaching history — eight seasons of nine or more wins, no three-year stretch without nine wins since his first three seasons — indicates Oklahoma State should improve after two mediocre seasons. The Pokes’ offense fuels the optimism, as Gundy has one of his better groups.  [ESPN+ $$$]

And I think that’s it: nine wins-or-bust. Nine wins or the ship is getting leaky, the fastball is slowing down. Bear with me, it’s May.

Very similar to the expectation at Texas this year which is more nine-wins-or-bust for Tom Herman than it is for Mike Gundy.

• Something non-Cade Cunningham to love in this new recruiting class – the combination of a lethal shooter (Ferron Flavors) and a punishing driver (Matthew-Alexander Moncrieffe). Mike Boynton’s got me on skates with this Moncrieffe remark:

Boynton comments: He’s a driver. He drives with force, he drives understanding that’s his identity and he drives to put people on posters. [TulsaWorld]

• Get together your buds and put on the ultimate tip drill – imitating the famous Brod Brown -> Shaun Lewis play:

• What happens when a college football players tests positive for the coronavirus?

• This kick return from last season was making the rounds recently – still can’t believe the Hogs fell for it.

• This on hypothetical/potential changes to universities is fascinating
• Bridges vs. tunnels

In order to entertain his daughter who is bored during quarantine they go to the garbage every day together — wearing different costumes.