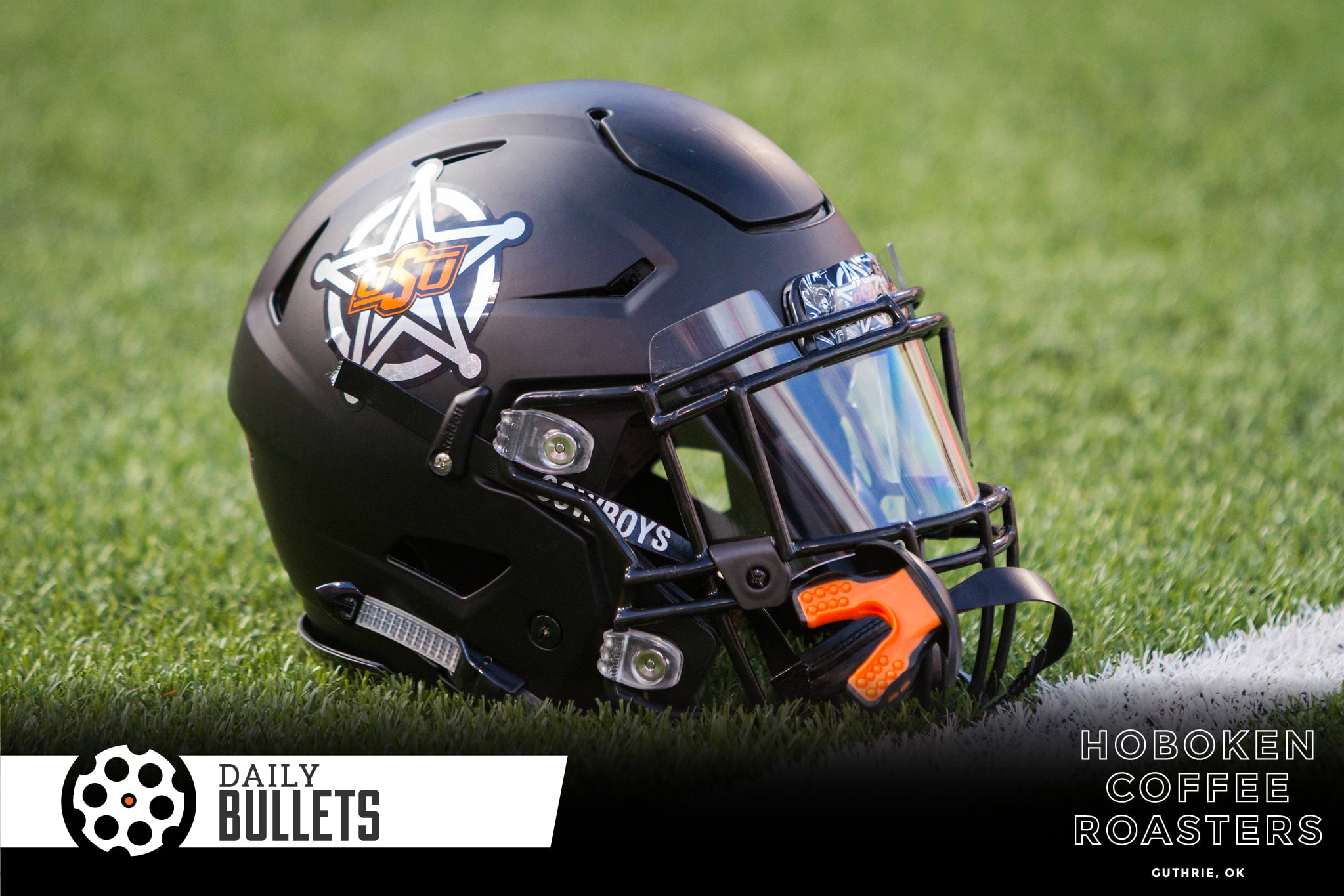 Happy late birthday to Mr. Pickens – may we all see 91 in the house that you built.

• Let’s talk about Chuba Hubbard – is he the next great OSU back? After eight-plus yard-per-carry games against Mizzou and Texas, it’s hard to not be excited about the guy.

So now what? Does somebody just 124 carries into his post-high school career get … better? Chuba feels like one of the few known commodities for this year’s Pokes, but the reality here is that we only know where the floor is. The ceiling has not yet been established, and that might be the most thrilling reality we face going into the fall. [PFB]

Here’s the thing – just because Justice was a top-eight, top-ten OSU back, that doesn’t diminish at all what the flying Candian is or isn’t or will become.

Some backs hit their stride with more carries – we’ll see if Chuba is one of those guys.

Chuba Hubbard is ready to take the reigns of the Oklahoma State backfield and run with it (literally). pic.twitter.com/4Y6dRNsSS2

• It’s early but James Washington looks to be on a different track this year in Pittsburgh.

To open this practice season, Washington looked like the same guy, physically, who consistently rose up to make outstanding catches in last year’s practices. But mentally he’s different. Washington’s clearly more confident, and the quarterback clearly has more confidence in him.

“He’s looking at all of us now, especially after our trip we took with him,” Washington said. “It gave us some one-on-one time with Ben, just building that chemistry between him and all of us. It really helped.” [247 Sports]

Could you imagine going from your fourth consecutive year with Mason Rudolph to your first with a Ben Roethlisberger?

• As some college football teams take on more difficult schedules, they’re saying one thing: they’re in it to win it.

We are entering an era where administrators locked into decades of tradition have finally grown a pair. They’re risking everything with a new round of tasty nonconference games, some as far as 15 years away.

Those administrators have determined those risks are worth the potential reward – a CFP berth. [CBS Sports]

The rock-in-the-shoe for the debate is the Baylor-in-2014. If you cakewalk to an undefeated season will the committee really keep out a Power Five champ?

• After watching Tombstone earlier this week, this tweet resonated. It’s fun to tease OU a bit here and there.

• Boynton nailed it with this promo video:

To Mr. Iba, everyone who bled Orange & Black were “Our People” and the gym he built was “Our Place.”

That mindset forged our tradition. Our people are what make our place unforgettable.

• The science behind Japan’s 400 mph-trains