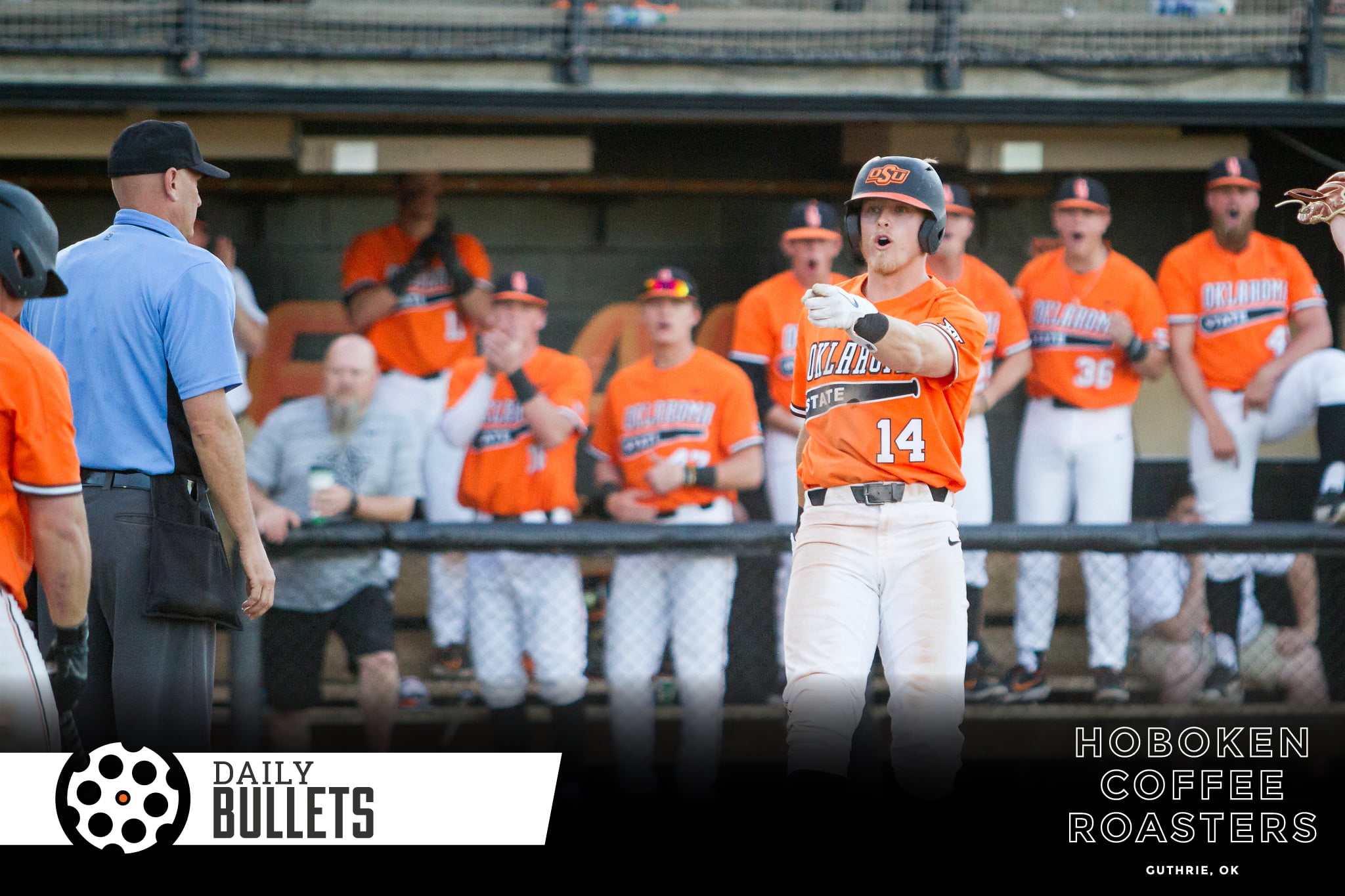 If you were as confused as I was, here’s a good explanation on the Kentucky Derby disqualification.

• Holliday’s Pokes did something nobody has done in a decade – they swept the Oregon State Beavers at their home stadium.

Oklahoma State did something that has not been done in nearly a decade Sunday at Goss Stadium as the 21st-ranked Cowboys swept No. 2 Oregon State with an 8-7 win in the series finale.

The series sweep marks the first time since 2010 that Oregon State was swept in a three-game series on its home field, with Stanford the last to achieve that feat. [Okstate.com]

• It’s hard to project how good OSU will be at football this year.

Oklahoma State feels like its in a weird transition year as well. There is a new coordinator, still an unknown at quarterback, but a lot of talent to work with. Coming off a mediocre season, I’m not sure how the expectations can be too much higher in Stillwater. I talked to The Oklahoman’s Berry Tramel about that this week in our podcast. [HCS]

While a new offensive coordinator and line coach carry weight – it’s probably wisest to pick the over on any predictions you hear this year. The offensive structure will be darn near identical and your question marks are around the Texas High School player of the year remotely living up to expectation and a veteran coach being expected to produce.

• 2020 Cowboy Basketball dream target Bryce Thompson is picking up some serious steam on the recruiting trail (yes – even after the Kansas offer last year).

From blue bloods Michigan State and North Carolina, there were scholarship offers for the 6-foot-4 Thompson, a Booker T. Washington junior rated by 247 Sports as Oklahoma’s No. 1 recruit in the class of 2020.

Nationally, 247 Sports has him at No. 15 among shooting guards. [TulsaWorld]

• Not a lot in this Ravens highlight of Justice Hill but the No. 43 on his jersey isn’t growing on me.

So many puns to choose from, but they wouldn't do him Justice.

NCAA is digging into the Arizona Basketball program. Color me shocked if they go after a blueblood – must be noted that NCAA tourney funds the NCAA’s budget. It’s hard to imagine them SMU’ing a brand like the Wildcats.

• Great faith-based read looking at how to perceive relationships rightly – if nothing, the last section is worth your time

• Cool Reddit graphic showing the elevation changes in the US

• Good read on sleeping more – if you can get past the clickbaity title, some good insights

• What happens to a factory town when the factory shuts down