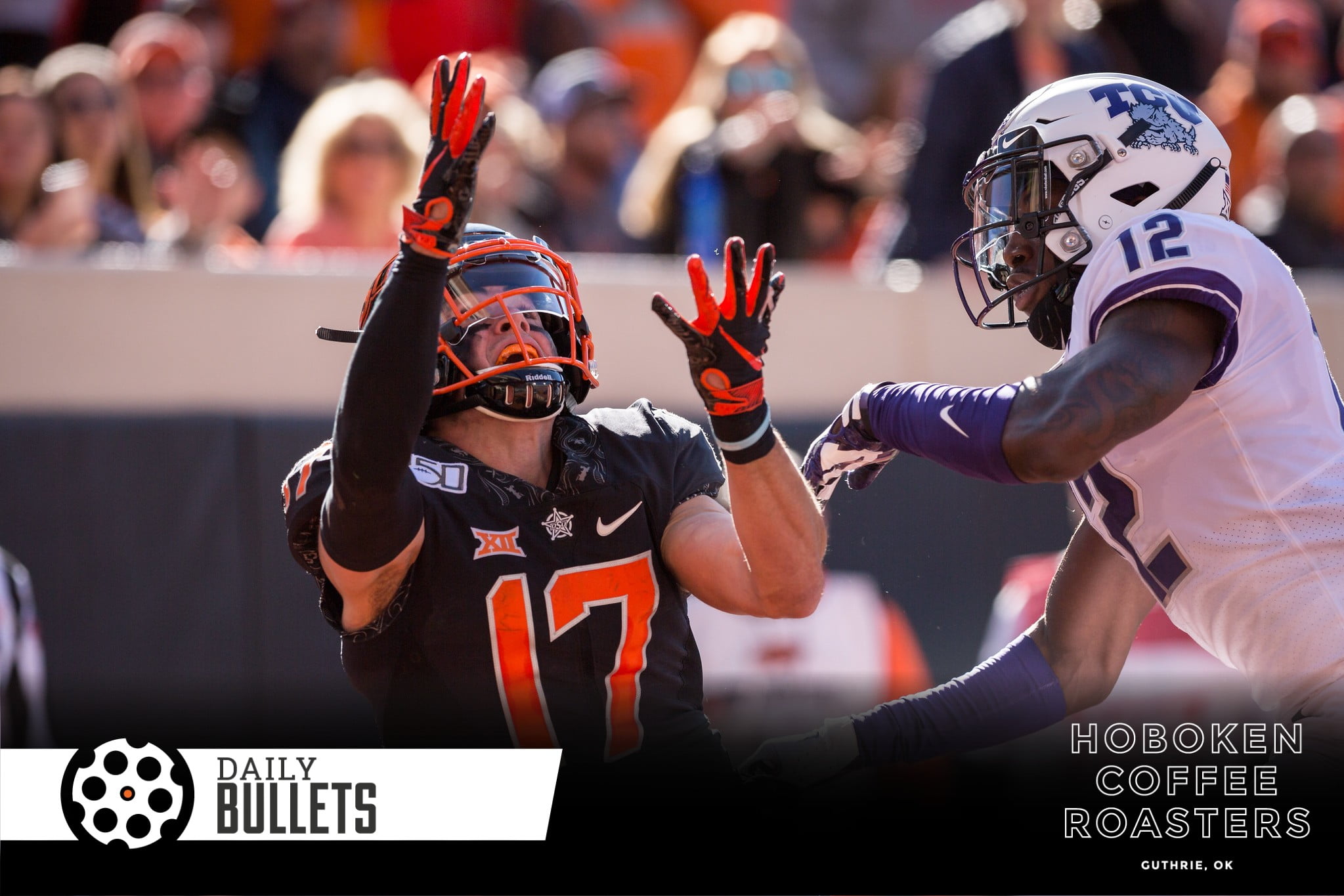 Happy Friday – if you’re looking for the comments section: it’s closed. See our explanation as to why that’s the case here then come and chat with us in the Chamber here.

• Cade Cunningham has stated his intention to play basketball in Stillwater – what collateral benefit(?) could result?

Even though Cunningham is likely a one-and-done, all the rest of those (2021) recruits probably aren’t. They could become the genesis for the resurrection of OSU basketball, not only winning lots of games but also drawing even more top recruits.

The year before (Marcus) Smart committed to the Cowboys, LeBryan Nash went to OSU. He was actually more highly rated than Smart and undoubtedly helped draw Smart to Stillwater. Getting to play with another great player is never a bad thing. [NewsOK]

This is a great point – you don’t get Marcus Smart without LeBryan Nash. You don’t get LeBryan Nash without Byron Eaton, his half-brother. Outside of a bagman making a serious drop, players don’t (generally) like to be the first guy to go to (school off the beaten path/contender). But if someone else went there first… I think Cade could have that kind of Eaton-ian impact.

• ESPN Insider ($) just put out a post on top 2021 basketball recruits as we move towards early signing day and the pundit took a shot at the Bryce Thompson signing.

Now the latest wrinkle: Cade Cunningham’s commitment to Oklahoma State. Cunningham has been working to surround himself with high-level players in Stillwater, and Thompson is atop that list. Thompson tweeted, “well that changes things” after Cunningham’s announcement. Kansas, despite the NCAA announcement a few weeks ago, has always had solid footing in this recruitment. The Jayhawks still have the most buzz heading down the stretch.

I’m no Kyle Boone (I have no intel) but the “this changes things” tweet tells me he was leaning towards somewhere else (likely Kansas) and Cunningham committing throws a wrench in the equation.

• If you want to know how special of a season Chuba Hubbard is having, listen to this statistic.

(Hubbard’s) nation-leading 178.2 yards per game put him on pace for 2,317 in 13 games, assuming the Cowboys don’t play in the Big 12 championship game. That would be the highest total since 2014, when Melvin Gordon ran for 2,587 yards in 14 games for Wisconsin. [Associated Press]

Gordon’s nearly 185 yards a game is insane – it merited him a second-place finish in the Heisman voting that year. Getting into that ballpark merits an invite.

• The looks are similar, right?

• Love some of these old school, low-tech ideas to implement
• This mysterious character in the Sonics-to-OKC sale was pretty interesting
• Solid faith-based look at when parenting isn’t fun