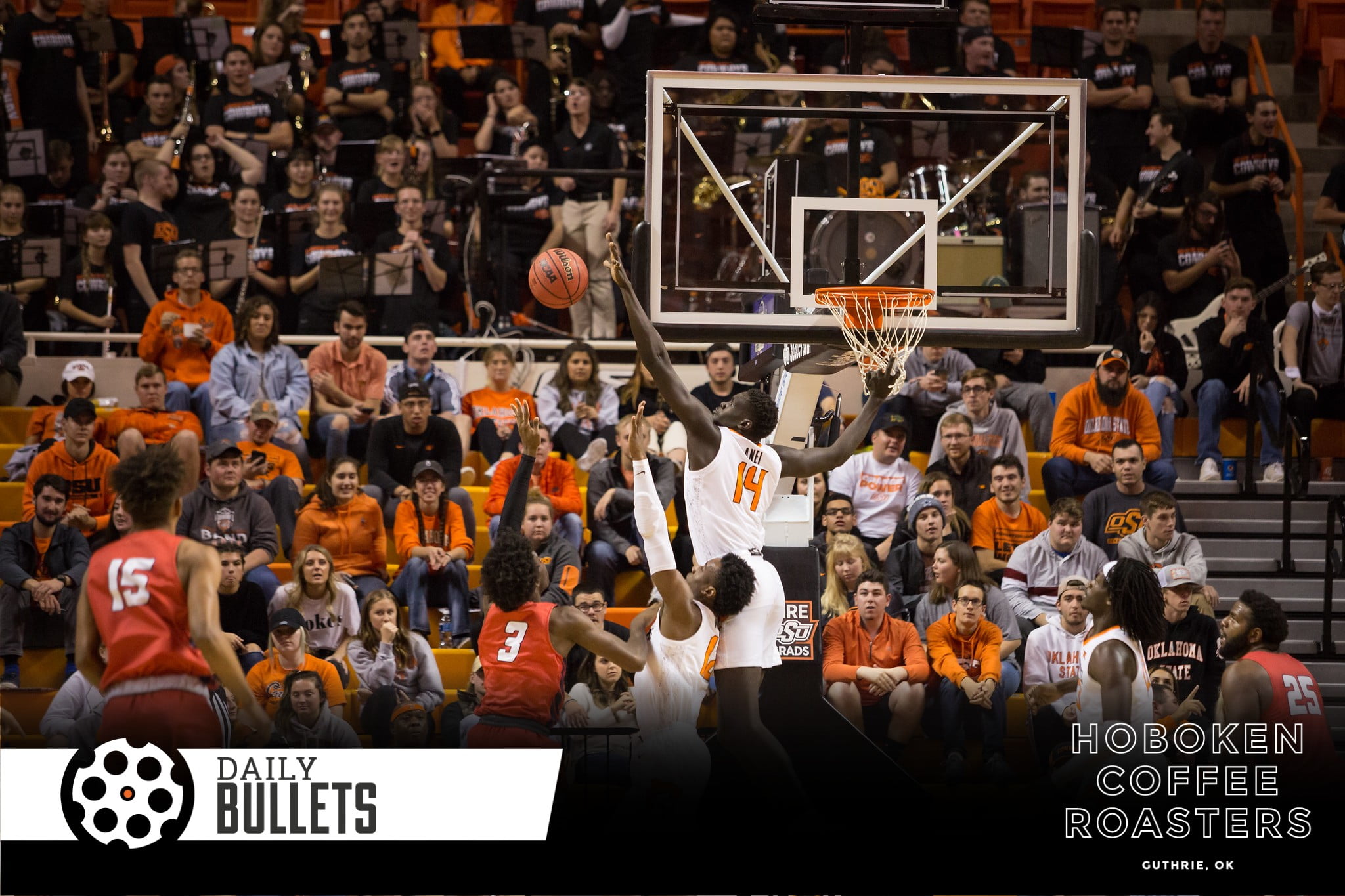 I liked how this piece laid out who we should be pulling for today to maximize the Pokes chances of climbing the rankings (Go Bears!)

• Most Viewed Article of the Week (No. 1): Cade Cunningham Commits

There’s the obvious – it’s incredible that OSU landed the number two commit in the 2021 recruiting class – and then there’s the unseen benefit – that OSU wasn’t left out after hiring Cunningham’s brother. That would have been rough.

Chalk that last comment up to recovering from recruiting battles lost but gosh is it fun to win one – a big huge one. I liked how Carson put it in the latest podcast when he mentioned the publicity OSU would be receiving as the team rostering a top two or three pick. It’ll be fun to see OSU receiving such attention.

• Most Viewed Article of the Week (No. 2): Bryce Thompson Responds to Cunningham’s Commitment

While Cade Cunningham is the highest-rated recruit to commit, landing Bryce Thompson and friends would bring the highest-rated class to set foot on campus. Seeing his comment tells you that momentum was headed in the wrong direction but appears to be headed in the right direction now. Who knows how this winds up but landing two-top 25 players would be an even louder crescendo.

• Most Viewed Article of the Week (No. 3): Ten Thoughts from the TCU Win

There’s a fine tension that I read in this piece between two things: marveling at the unique aspects of this team (Chuba’s dominance, a peaking defense) and the doubtfulness about if it’s enough to get OSU where it needs to go.

I get it, right? Once you’ve had a dominant, unstoppable offense with balance, elite playmakers, and a playing style that consistently thrills, it’s hard to feel good about anything else. But a survey of the sport tells us that Chubas and Tylans – and even Stoners and Keyes don’t grow on trees. And while this isn’t (likely) to be a ten-win team, this eight-win team has provided a lot of grins.

• Most Viewed Article of the Week (No. 4): Stop the Nonsense, Chuba’s Heisman-Worthy

Being “Heisman-worthy” is a fascinating concept. With hundreds of voters, you can’t possibly drill down the most important quality. Some value a style of play, some value a position, a personality, a team’s record. But Boone (in this article) is after a pre-conceived notion here and looking freshly at the numbers. Heisman pundits appear most interested in the best player on the best team and OSU fans know they’re seeing something special but are somewhat used to it.

• Most Viewed Article of the Week (No. 5): 10 Thoughts on Cunningham’s Commitment

It’s easy to think about how this impacts talking season, publicity, and program perceptions. But Cade Cunningham is the kind of player you ride to a league title, similar to a Joel Embiid or an Andrew Wiggins. When you combine this kind of talent with Mike Boynton’s “Let’s Work” mentality, it’s time to play some basketball. Can it be 2021 yet?

• Boston is here for the full Marcus Smart-experience
• SGA gets a shout out in Lowe’s Ten Things (No. 2) -> OKC has their next star
• This faith-based read looking at attentiveness of men (around pastors but applies to men generally too) was good and convicting

This subsidized government flight service sounds interesting – I don’t think Stillwater benefits but I imagine the city has benefitted from the flights coming in.