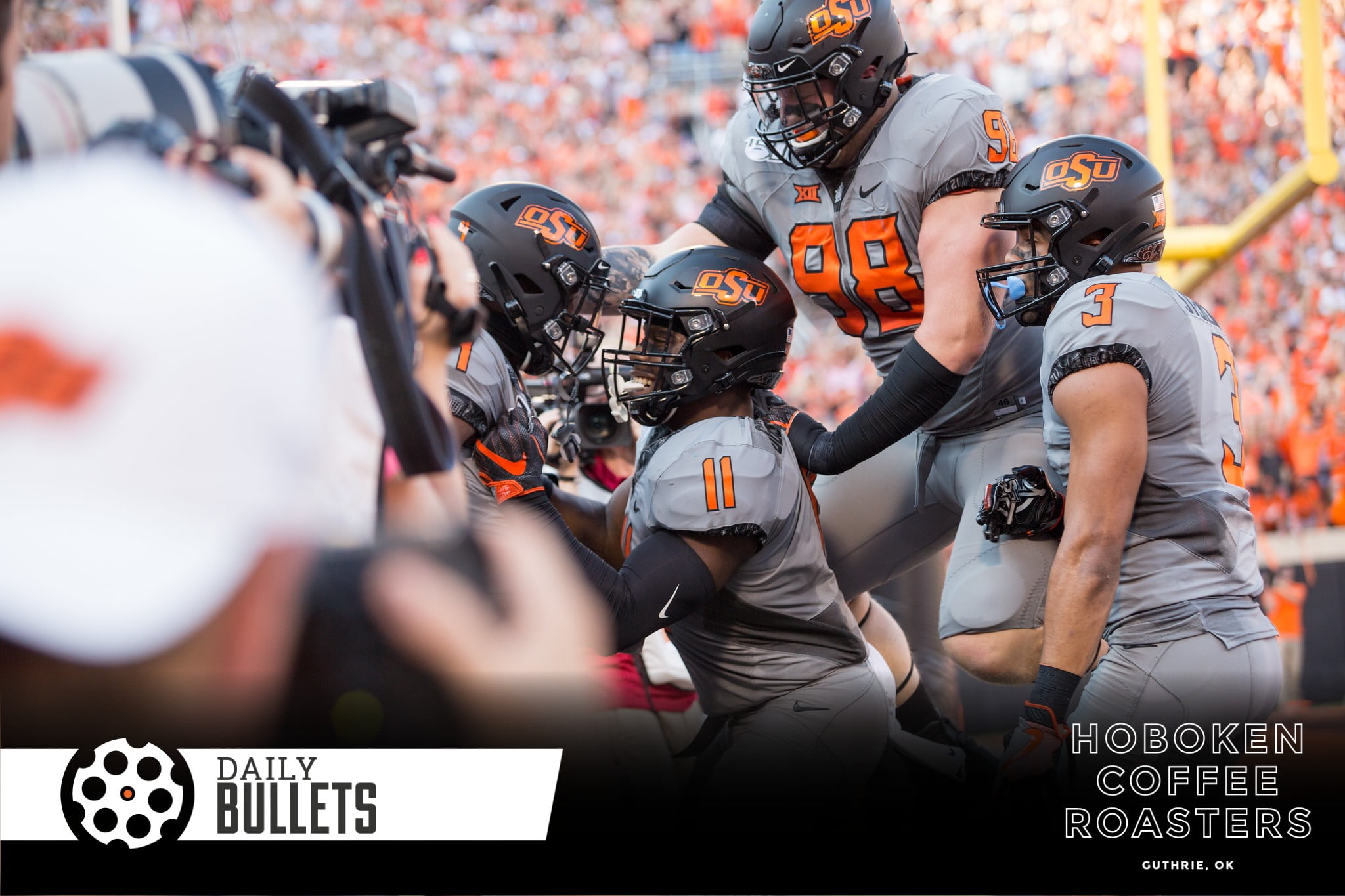 It’s hard to believe 9/11 happened 18 years ago, I’m thankful for those who gave their lives so others could live.

• Mike Gundy was recently asked how he feels about the progress of his defense. While he didn’t offer much of a response, here’s a solid timeline where you’ll be able to make that call for yourself:

“…At this time next week I will be able to give you a much more accurate answer. I want to see how they handle this situation.”

Fair enough, in fact, he might have said the first three weeks of Big 12 play, all the way to the first bye week.

That would give the linebackers and the defense as a whole three Big 12 games that offer a variety of the offenses seen in the league with Texas, a mixture of RPO and power; Kansas State, more of a power and iso run team with some RPO; and Texas Tech, still a major spread and air raid team with a renewed running game. [GoPokes]

Tulsa, as an opponent, is a good tune-up for OSU – generally perceived as a solid defense and a weak offense, aligning both teams strengths against one another.

• Highlighted in Gundy’s presser was this quality of OSU (and likely in other programs) that athletes love: staying late.

Senior Philip Redwine-Bryant, who rewarded fans by returning his interception to the 1-yard line Saturday, said he appreciated the fact that fans didn’t leave even when the Cowboys started to pull away.

“It’s awesome,” Redwine-Bryant said. “We were up by a lot and they were still all there. You didn’t really see anything empty in those sections. It’s a huge fan base. We’re playing for them just like they’re supporting us. I mean it’s ongoing. I love it.” [TulsaWorld]

It’s always been admirable how Gundy likes to not run scores up as much late in irrelevant games in order to play the backups more – it’s great that fans are around to see it too.

• 2020 super recruit out of Tulsa Bryce Thompson is split between the Bedlam schools per his dad.

“I’ll be honest, probably two, three years ago — even a year and a half ago — I would’ve said that he’s gonna stay in the state,” Rod Thompson said. “That there’s no question. But now, the closer we get, his improvement, I think it opened it up. He’s not opposed to going out of state.” [NewsOK]

The interest in out of state schools doesn’t surprise but I didn’t know OU was in the picture so clearly. I’m not up for another Trae Young scenario – here’s to Thompson going to Stillwater or ACC.

• This is a serious (seriously good) third-down conversion number – would love to keep this number above 60 percent.

• This seems like a fair breakdown of the Big 12 – Baylor, Texas, and OSU in tier two, TCU, Tech, and Iowa State in tier three.

This reminds me … check out the average projected conf wins in the Big 12 right now. Seven teams between 4.3 and 5.4. Eight teams have a semi-legit shot at the title game at the moment. https://t.co/rJHmkpfkxo pic.twitter.com/E3jCZPyEP9

• Really neat story here on the University of Tennessee, a bullied schoolboy, and sports at it’s best

This was one of the more fun football plays to watch – CC: Sean Gleeson:

long trap to #1 on the LOS from a condensed split with jet motion. the rams run game remains insanely entertaining to watch pic.twitter.com/VYdZ1ZZPj7