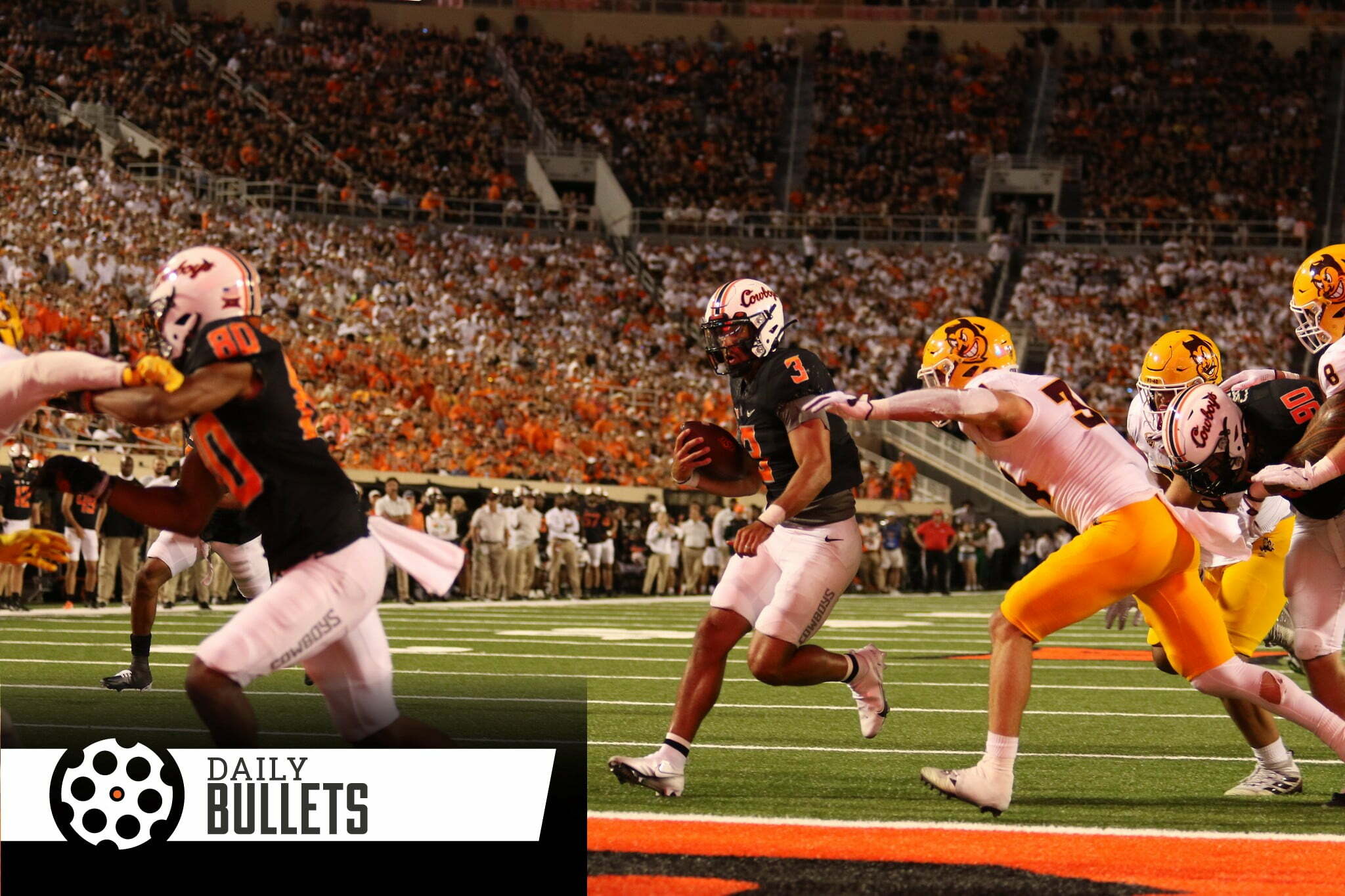 • This comment from Barry Hinson, OSU’s NIL Director is wild:

“I’m not worried about Oklahoma State keeping up with anybody in the current Big 12 or the new Big 12 or whatever conference we land,” Hinson said. “So far, I can tell you I’m not worried. I’m pretty happy with how people are responding to this, and we’re at the bottom of the mountain.

“We haven’t even started to climb yet.”

• This is a pretty solid point – while I rue the day Oklahoma State wasn’t able to outbid Ohio State for a coordinator – this may be the more important reality:

In reality though, what we are missing from last year more than Knowles are four starting defensive backs and two starting linebackers that made NFL rosters. Outside of an uber-experienced defensive line and one safety, the entire defense is brand new starters. It may take half the year to get into form and even then it’s unlikely they’ll be a top ten defensive unit like the Cowboys had last season.

• Looks like Teven Jenkins is hitting his stride playing on the inside with the Chicago Bears:

• It’s the best thing to read positive reviews about visiting fans have a great trip to Stillwater:

These are pretty good for a laugh: