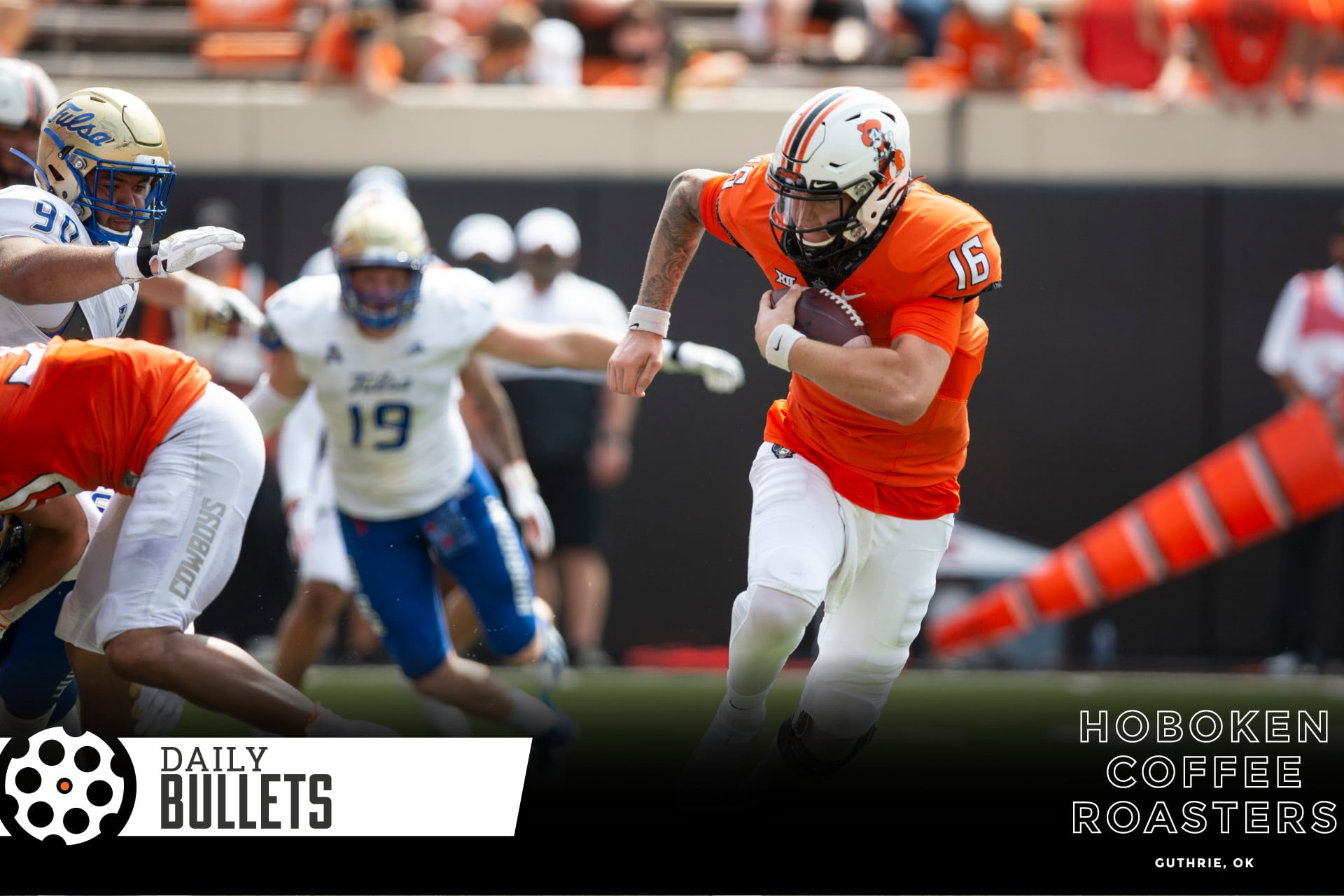 • Love this optimistic (and realistic) take about the Pokes – Berry Tramel has OSU No. 1 in his power rankings this week:

Oklahoma State 1-0: Look at it this way. The Cowboys found a way to win without their quarterback. There’s something to be said for that. We’ll find out more about the Cowboys if they have to play West Virginia without Sanders on Saturday.

*puts on orange shades* When you think about it, at this point the Pokes have the best combination of overcoming adversity against the toughest opponent (sincere apologies to Texas Tech overcoming the pride of the Southland, the Houston Baptist Huskies).

• How Shane Illingworth turned the game around

• ProFootball Focus says to bet on the Mountaineers while you can – line was at West Virginia plus 8.5 yesterday

• A decent preview of the OSU/WVU game this weekend

• Saturday’s throwbacks will be terrific.

• First day of fall on campus is gorgeous – nature showing that orange off.

• The dedication of Mr. Pickens’ house out at Karsten is a really neat gesture. This will be a must-see stop for future generations of Cowboy fans.