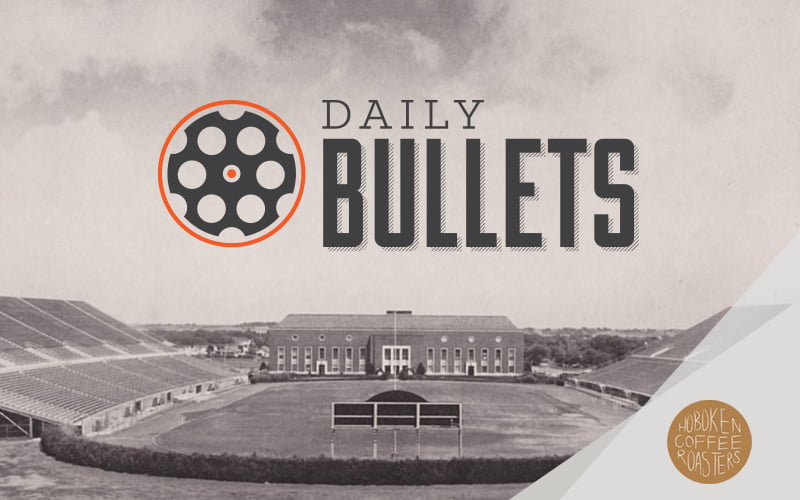 Out with the Lewis, In with the Gundy

Should OSU rename its field for Mike Gundy?

If the Athletic Village does eventually bear the name of Holder, it’s because he has been an OSU fixture for 52 years and is chiefly responsible for the dramatic upgrade in facilities.

In December 2015, I posted this blog on tulsaworld.com: “If Oklahoma State considered it a good idea to place Eddie Sutton’s name on the Gallagher-Iba Arena game surface nearly 11 years ago – when he still was the Cowboy basketball coach – is it time now for university officials to consider stitching Mike Gundy’s name onto the turf at Boone Pickens Stadium? If there is an Eddie Sutton Court, why not a Mike Gundy Field?” [TulsaWorld]

Serious question time: how would you compare Eddie’s effect on Cowboy Basketball to Gundy’s on Cowboy Football? I don’t think Gundy’s there quite yet but would it surprise you if that’s a serious debate when both careers are complete?

When Keondre Wudtee entered the game Thursday night – what’d that mean? Where was the true “backup”?

Wudtee performed well against an inferior opponent, looking improved compared to the brief series he played at South Alabama last season (though both were small sample sizes). He completed only one pass for 1 yard, but picked up 47 yards on five rushes.

The redshirt rule, which will allow Brown and Sanders to compete in up to four games apiece without losing a year of eligibility, makes Oklahoma State’s moves going forward trickier.

Conceivably, the Cowboys could play out the 2018 season with three “No. 2” quarterbacks. Sanders could back up for four, Brown for four and Wudtee the rest (and the more games Cornelius plays all four quarters, the better). [TulsaWorld]

Pick three more games for Wudtee to be the backup (Kansas, South Alabama and Tech?) and we’re off to the races. It’s a vote of confidence in Corndog but a reasonable hedge as well.

Who needs a barber when you've got @CowboyFB's Justice Hill? pic.twitter.com/4z2IdmMGep

OSU fans, thank ?? @coacharroyoTheO. All 4 RBs last night were recruited by him.

Never thought about this reasoning.

A&M has nothing to gain from adding another bigger school to the schedule that can hand them an L. But Texas can go to recruits and say “A&M? Didn’t you see us whip them last year?”