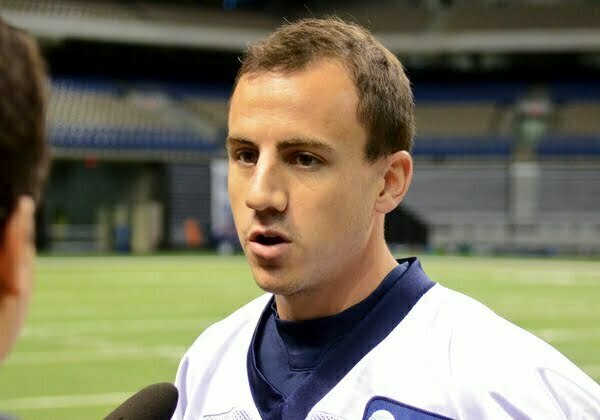 Dating back to the 2009 Missouri game Dan Bailey has hit 46 of the 53 field goals he’s attempted in both college and the NFL, including game winners the last two weeks for the Dallas Cowboys.

In Dallas’ home opener against Washington on Monday Night Football his team’s high-octane offense led by the most polarizing man in the world stalled out six times: twice at the 24-yard line, once each at the 23-yard line, 15-yard line, 10-yard line, and 6-yard line.

You all got to know him the last few years as “the dude who couldn’t miss an extra point except when we went to Texas.” He hit 181 in a row as a Cowboy – as if completing extra points is something we need to brag about. It was, however, a nice reprieve from the crossed fingers (and toes!) days of Jason Ricks and Bruce Redden.

Well last night Bailey took aim at a Dallas Cowboys record with his six kicks. He broke the rookie record and came within one of the team record (7 – held by Chris Boniol and Billy Cundiff), and will forever be T3 in the NFL record books for “most FG in a single game.” Well maybe not forever, I guess somebody could come along and break the current record of 8 and he would be T4, but you get the point.

His last one was from 40 yards out with less than two minutes left and there was absolutely no doubt. It would have been good from 55 on a 10-foot wide goal post.

Between that, Dez’s 4 for 63, and Kendall Hunter’s dirty TD run on Sunday (1:50 mark) I’d say it was a pretty solid weekend for Cowboy alumni in the pros.

Plus, Dez won his bet.