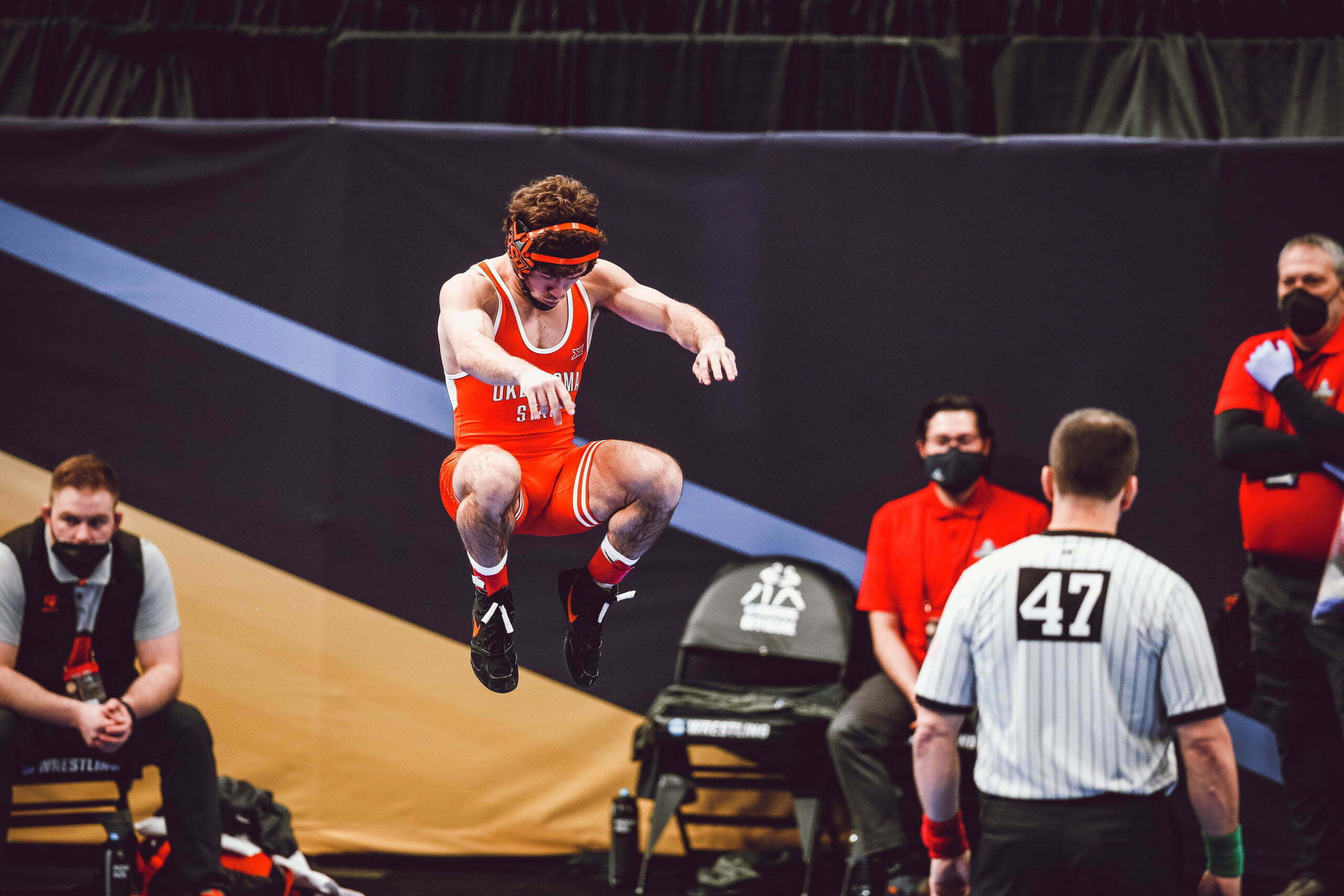 It has been 728 days since Daton Fix lost in the 2019 NCAA Championship Final, and he said he has thought about that defeat most of those days.

Fix has a shot at redemption as he enters Saturday’s finals with a match against Penn State’s Roman Bravo-Young, but he said he’ll still think of that controversial loss to Nick Suriano for the rest of his life.

After that loss, Fix went 695 days before wrestling in an OSU singlet again because of an Olympic redshirt and a suspension for unknowingly ingesting a banned substance.

He is just a redshirt sophomore wrestling in a year that won’t count toward his eligibility, meaning he could still become a four-time NCAA champion.

But his loss in 2019 could give him the chance to do something his coach did. John Smith, widely thought of as the greatest American wrestler of all time, lost in the NCAA finals at OSU in 1985.

Like Fix, Smith didn’t wrestle in the NCAA Tournament the next year, as Smith won gold at the Goodwill Games that year. Smith returned and won gold at the NCAAs in 1987 and 1988.

“That experience is painful,” Smith said. “I think for Daton, it’s been two years since he has been back here, and he is still a young guy. I’m glad it’s burning a little bit in him, and it’s probably helping him a little bit.”

Fix said winning Saturday would help him sleep at night before reiterating that he will think about that loss to Suriano for the rest of his life. But as Smith was able to take his silver medal in 1985 and turn it into a pair of golds to end his college career, Fix might be better with the experience of being the guy without his hand raised.

“It’s something that I think about all the time,” Fix said. “It does fuel me. It fuels me to not let myself be in that situation again.”