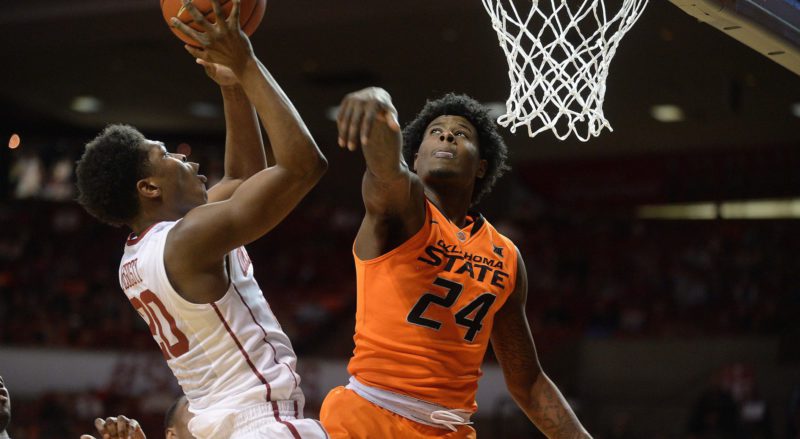 When Brad Underwood was named the next head coach for Oklahoma State’s men’s basketball program, there was a lot we didn’t know.

How would he handle the step up in competition? Could he convince Travis Ford’s players to stay on for the rebuild? Would his hard-nosed style (both in play calling and demeanor) resonate with the holdovers from the last regime?

There’s a lot that goes into the player-coach relationship but it all starts with trust. And there hasn’t been a better example of gaining trust than what we’ve seen between Underwood and sophomore guard Davon Dillard.

“If I can get that Davon everyday,” said Underwood after the Texas game, “he does make a difference. And I don’t mean that in a bad way. We’ve gotten Davon to a point where he’s doing those things. And when Davon simplifies the game in his mind and when he plays it that way, those are the things he’s capable of.”

Trust has to be earned and from the outside that might have seemed unlikely to happen between these two.

As a true freshman, the former four-star prospect played only 24 minutes for Travis Ford, even on a team that struggled with massive injury issues on the perimeter. Dillard committed more fouls (7) than he scored points (4).

Instead of taking the opportunity for a clean slate and transferring, Dillard stuck and has not only worked his way into the rotation, he’s become a highly-effective two-way player and Underwood’s unrivaled sixth man.

As far as the Cowboys’ three-week stretch that’s included six wins in seven games, Underwood says it has a lot to do with familiarity between he and the players. He quickly pointed back to Dillard.

Dillard is also becoming familiar with his sixth-man role and it’s paying off.

“I feel like I’m starting to solidify my role in the team,” said Dillard “coming off the bench. Giving us a spark off the bench. Coming in [and] rebounding, for one, and playing defense at a high level. Things like that. I know my scoring, it helps our team but not as much as my defense will. I’m starting to learn that more and more each game and it’s starting to help me out on the offensive side as well.

“Just gaining more and more trust with coach Underwood with each game.”

“I’m believing in Davon more and more,” added Underwood. “He’s becoming more consistent and he does impact our team. There’s no doubt.”