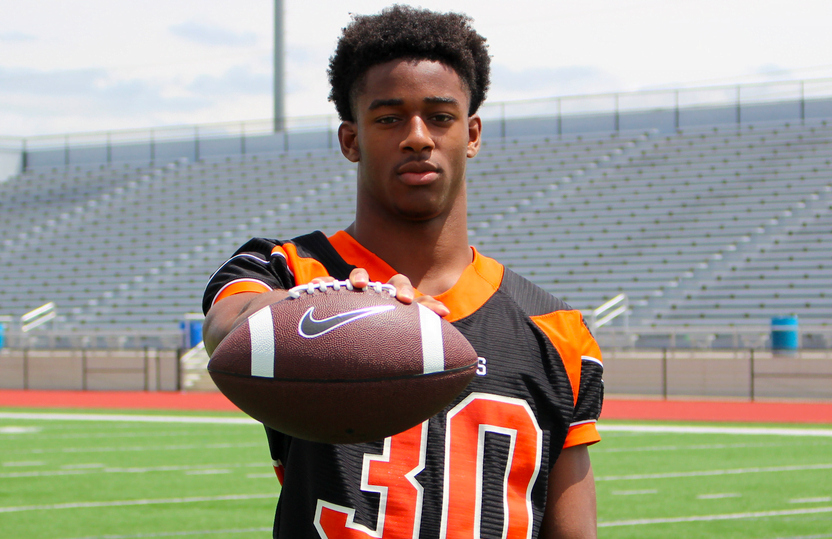 Dax Hill was once headed to Ann Arbor to play for khakis-wearing Jim Harbaugh. Now, however, it appears he’s headed to Tuscaloosa to play for Nick Saban.

Hill, the five-star safety from Booker T. Washington (and younger brother of Justice Hill), flipped his commitment Saturday night in a stunner that shook the recruiting world to its core.

Hill originally committed to Michigan over Alabama, Oklahoma State and OU back in September, citing relationships he formed at UM with coaches and players, as well as a future beyond football as the reason he committed.

“(When) I went up there they talked about their alumni and how if football doesn’t work, you can always hit somebody up that used to go there,” Dax said of UM. “They’ll connect you with a person. So the alumni, that was one thing that I loved about (Michigan).”

Incredibly, this move means the rich only get richer. Hill, the No. 8 recruit in 2019 and No. 1 safety, becomes the top-ranked commitment for Alabama as the Tide barrel on towards yet another championship under Saban. He gives them the top-ranked class in the cycle, too, with yet another chance to continue their unparalleled success for the time being.

Painfully, this decision makes it a second unofficial whiff for Oklahoma State. Despite both family ties and geographic favor, the Pokes let another star from the state — this time a five-star and one of the best talents to ever come out of Oklahoma — slip away to another destination.