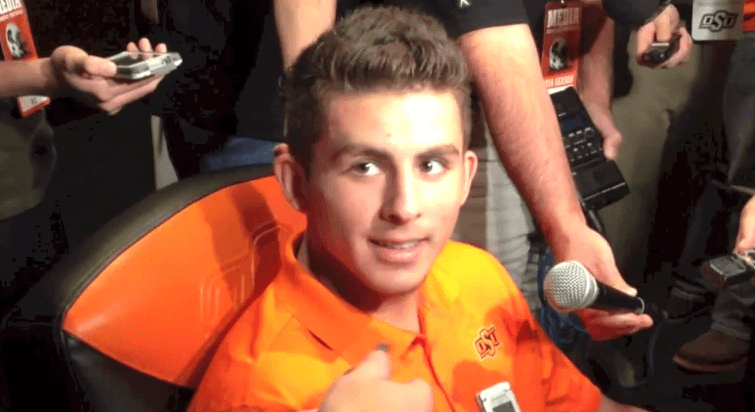 Daxx Garman played his first live football game on Saturday since before Brandon Weeden was a starter at Oklahoma State and went 16/26 for 244 yards and 2 TDs including multiple dimes like this one:

After the game he proved that he can in fact speak the english language and did so to reporters.

“It felt great to get back out there. It’s been a long time. It felt good to get out there on the field going through the actual motions in a real game situation.”

According to Bill Haisten it’s been 57 months.

“It’s just something that we work on every day. It’s just another day.”

Oh you know we just throw 40-yard passes in the air across our bodies after practice for a few hours every week just in case it ever comes up.

The best part is his reaction to Gundy saying he (as in Gundy) was the only person in the stadium who could make that throw:

All in all a solid performance from (the new?) QB1. He summed it up best at the very end.