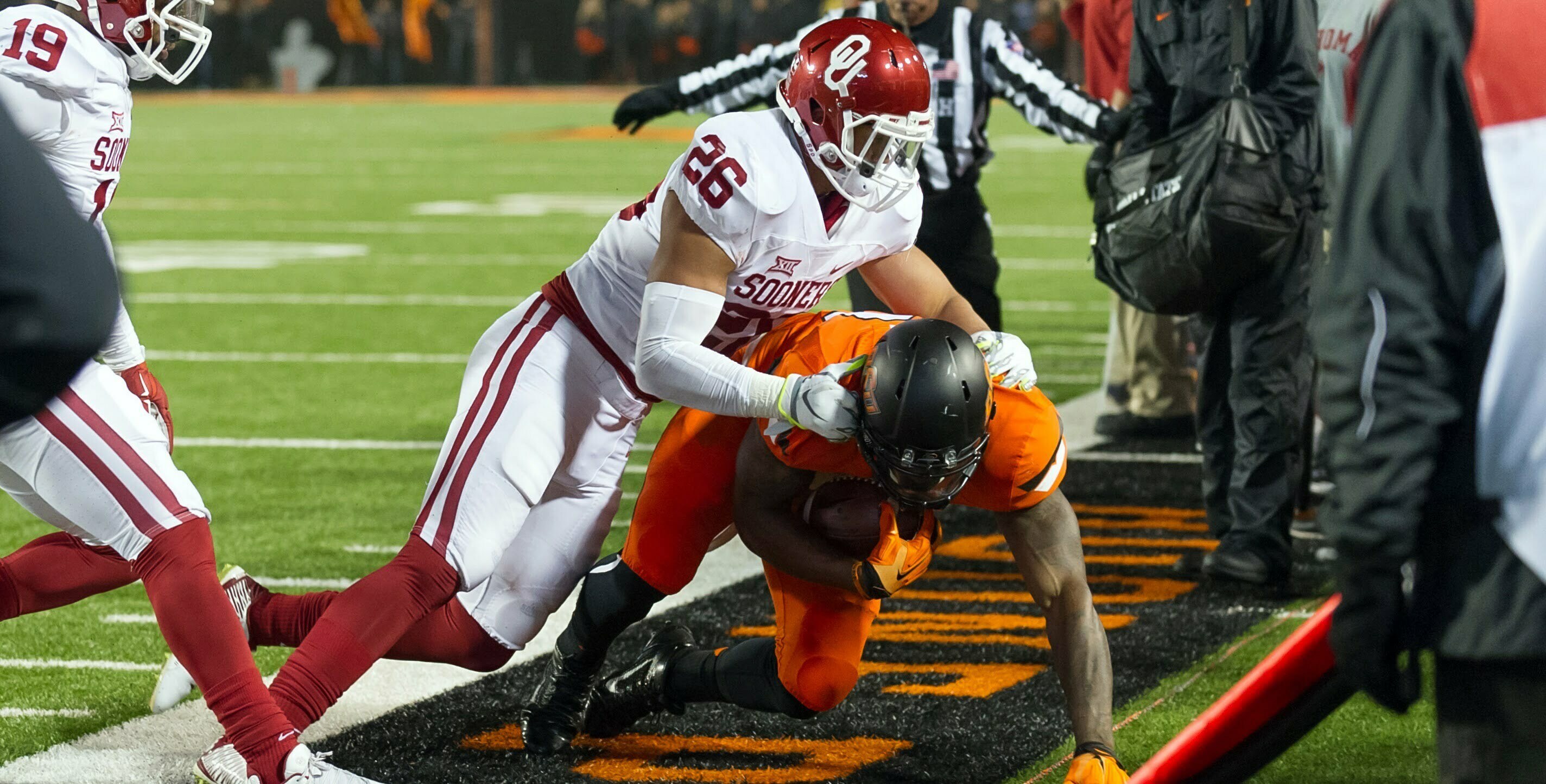 This is a guest post by friend of the blog Robert Whetsell (who has been writing a lot for us this week).

Been a while since I’ve done one of these. Not something that you can do regularly as the induced depression is tough to shake. As with all statistical analysis, if you try hard enough, you can find math that helps you feel a bit better about your “side.” I think I tried hard enough. I’ve broken things down to three categories…overall, since 1970, and the Mike Gundy era.

No matter how hard you try, though, there will still be some numbers that make you cover your eyes. This is one all OSU fans are far too familiar with, and the one that causes Boone Pickens much anxiety. Like the tune “Boomer Sooner,” it will be heard WAY too many times.

What I mean by that is that OSU hasn’t been competitive historically. If you’ve stunk over time, then the first order of business is to not stink. This is where we find our opportunity to feel good.

Average Score and Margin of Victory All good information. Yes, the data points under “OSU Wins” and Gundy are limited, but we’re all about feeling good right now, so pay no attention to the man behind the curtain.

Percentage of Points Scored per Game

Not much of a change in OSU wins, but a significant improvement overall and in losses. This is otherwise known as “getting closer.” Meanwhile, let’s leave you with some other random Bedlam statistics. Again, the goal is to first be competitive. Gundy has definitely accomplished that. Also, think about this…through 110 years of Bedlam 28 percent of OSU’s total points have been scored under Gundy.

Gundy may not be winning as many Bedlam matchups as we’d prefer, but he has helped put OSU in a position to win more than they’ve traditionally had the opportunity for. Granted, we will grow impatient if all we continue to do is “get close,” but you’ve must first consistently get close in order to start consistently winning.

I’ll patiently await the barrage of comments that this should incite.

That’s a pretty good barometer of where Gundy has taken the program. Again, we would really prefer more wins, but that means the Cowboys are in position to win.

The AP started ranking teams nationally in 1934, so that’s where we’ll start the analysis.

• At least one team ranked…58 (yea, yea, yea, I know the majority of those are owned by the Sooners).

• 24 times neither team came into Bedlam ranked, but it’s only happened nine times since 1970 and only once since 1999.

• The Cowboys only have three wins as a ranked team in Bedlam, and only one has come under Gundy.

• OU has come into Bedlam ranked 55 times…only 15 times were they ranked OUTSIDE the top 10.

• The Sooners have only lost five times as a ranked team in Bedlam, but four of those were as a top 10 team, three in the top 5.