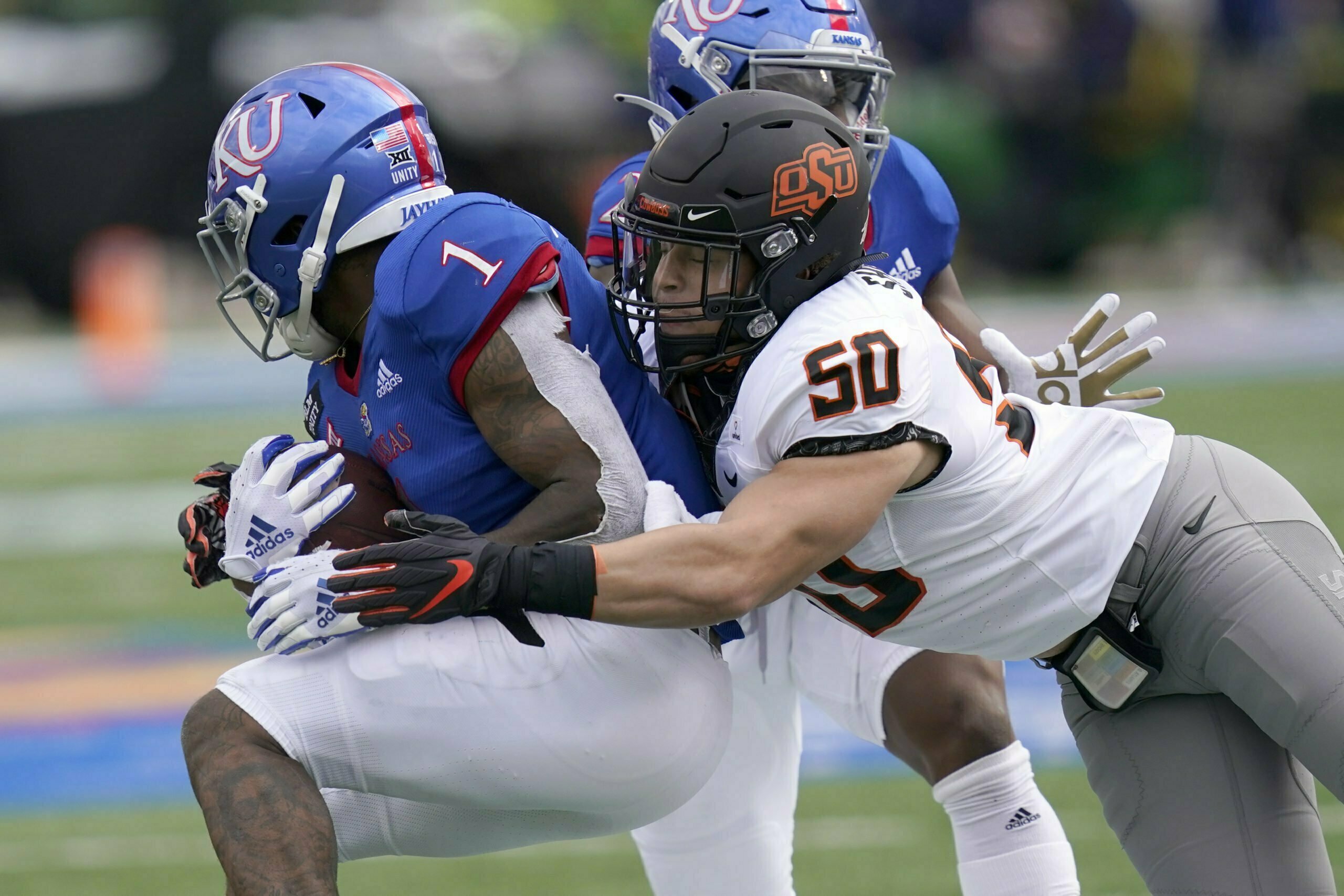 If there’s one area the Cowboys’ defense hasn’t dominated in this season, it’s creating turnovers. However, the group has been able to counter that by being nails on third down.

Oklahoma State’s first three opponents are a combined 7-for-43 on third down. That’s 16 percent. The closest the Cowboys have come to that in the Mike Gundy era came in 2013 when the Pokes allowed teams to convert on 31 percent of their third-down attempts.

We’ve been tracking whether this is the best defense Gundy has ever had. Here are the year-by-year numbers with third-down conversions added.

Saturday wasn’t just a stat-padding day for the Pokes’ offense, the defense made its averages better, as well.

The Jayhawks were also just 1-for-14 on third down with the one conversion coming in the fourth quarter.

As of now, this is statistically the best defense Gundy has had. The sample size is still relatively small, however, and Tulsa, West Virginia and Kansas aren’t exactly measuring sticks. But with how shaky the Big 12 looks this season, it is seeming more likely that OSU’s defense can keep these stats below the averages of others seasons.

“I think it’s great just to build one positive performance after another,” OSU defensive coordinator Jim Knowles said. “I try to talk to them about the next play, the next game, all those coaches’ clichés.

“Coaches always like to say it’s 0-0. [At halftime] I said, it’s not 0-0, it’s 31-0. But we need to be able to have a standard of play that we execute no matter what the score or when it is. It’s really just trying to roll one performance into the next and build confidence and hold ourselves to a high standard no matter who we’re playing.”