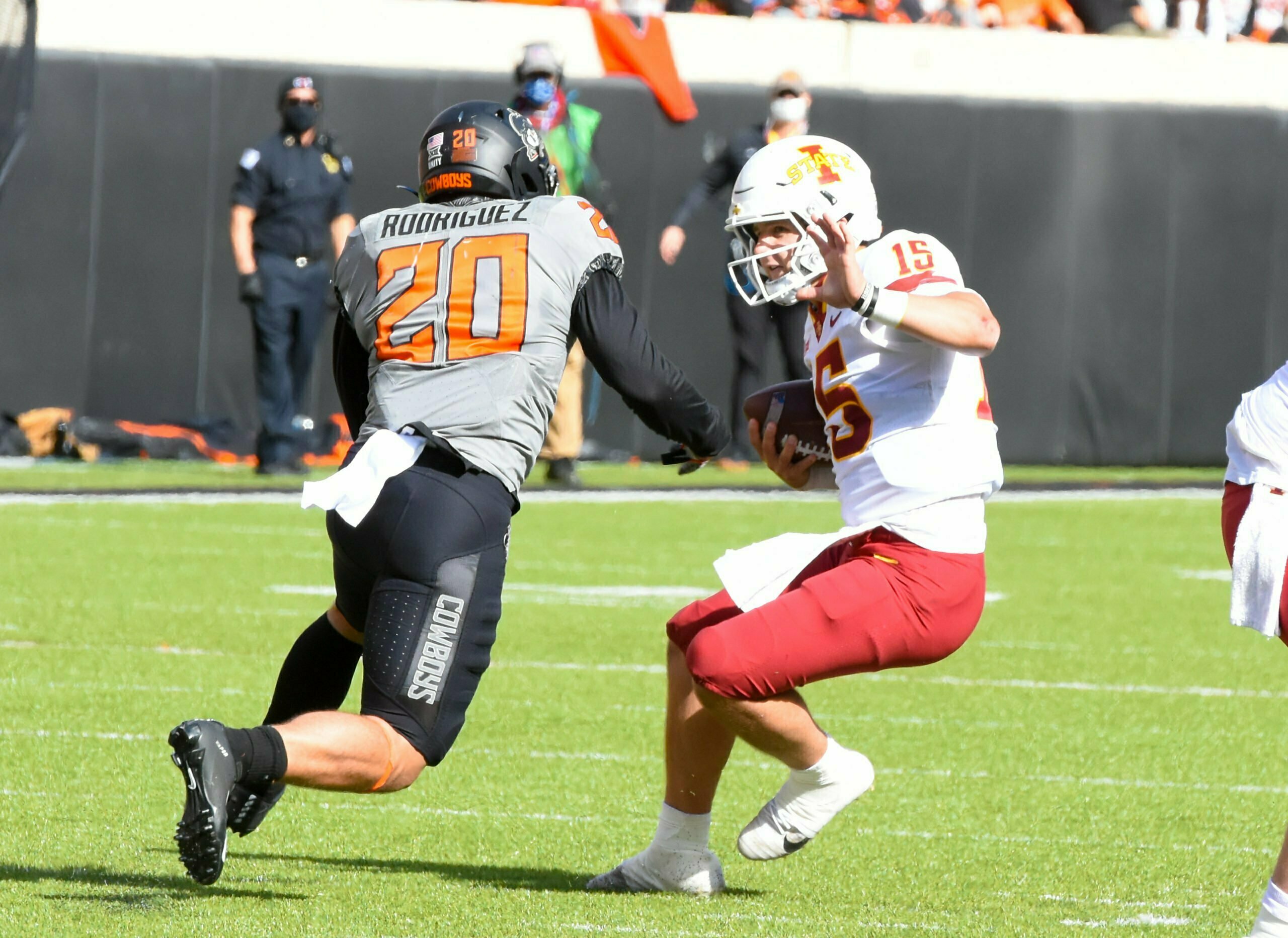 The Cowboys’ defense has allowed just 28 points through their first four games. That’s the fewest amount of points an Oklahoma State team has allowed in a four-game stretch in Mike Gundy’s tenure.

Here is our weekly checkup with how OSU’s 2020 defense stacks up against other defenses of the Gundy era.

However, the most meaningful stat Jim Knowles’ bunch continues to excel in is getting off the field on third down. The 19 percent third-down conversion ranking is tops among Gundy defenses by 12 percentage points.

“We want to get the ball back into the hand of our offense,” Jim Knowles said after Saturday’s game. “We have a powerful offense. The guys have really bought into our goals on third and fourth down. They give me a hard time any time the other team makes one. That’s good. Blame it on me. I had the wrong call.

“They take a lot of pride in it. It wins games, particularly when you have a strong offense. Getting the ball back into their hands, stealing possessions, that’s everything in the Big 12.”

A lot has been said about the teams OSU has faced not being the premier group of the Big 12, and that’s true.

However, in five games, West Virginia ranks third in the conference averaging 460.8 yards a contest. OSU held the Mountaineers to 353 yards.

Iowa State is seventh in the league in total yards a game with 409.6. Again, the Pokes held the Cyclones to 389 yards.

Kansas stinks. The Jayhawks are last in the Big 12, averaging 273 yards a game. Yet still, OSU held Les Miles’ bunch to just 193 yards.

This should certainly be more interesting this week, though. Texas enters Saturday averaging 482 yards a game, second-most in the conference. UT is also tops in the league in points per game, averaging 45.

So Halloween will provide a stronger data point as to whether this truly is the best defense Mike Gundy has ever had.