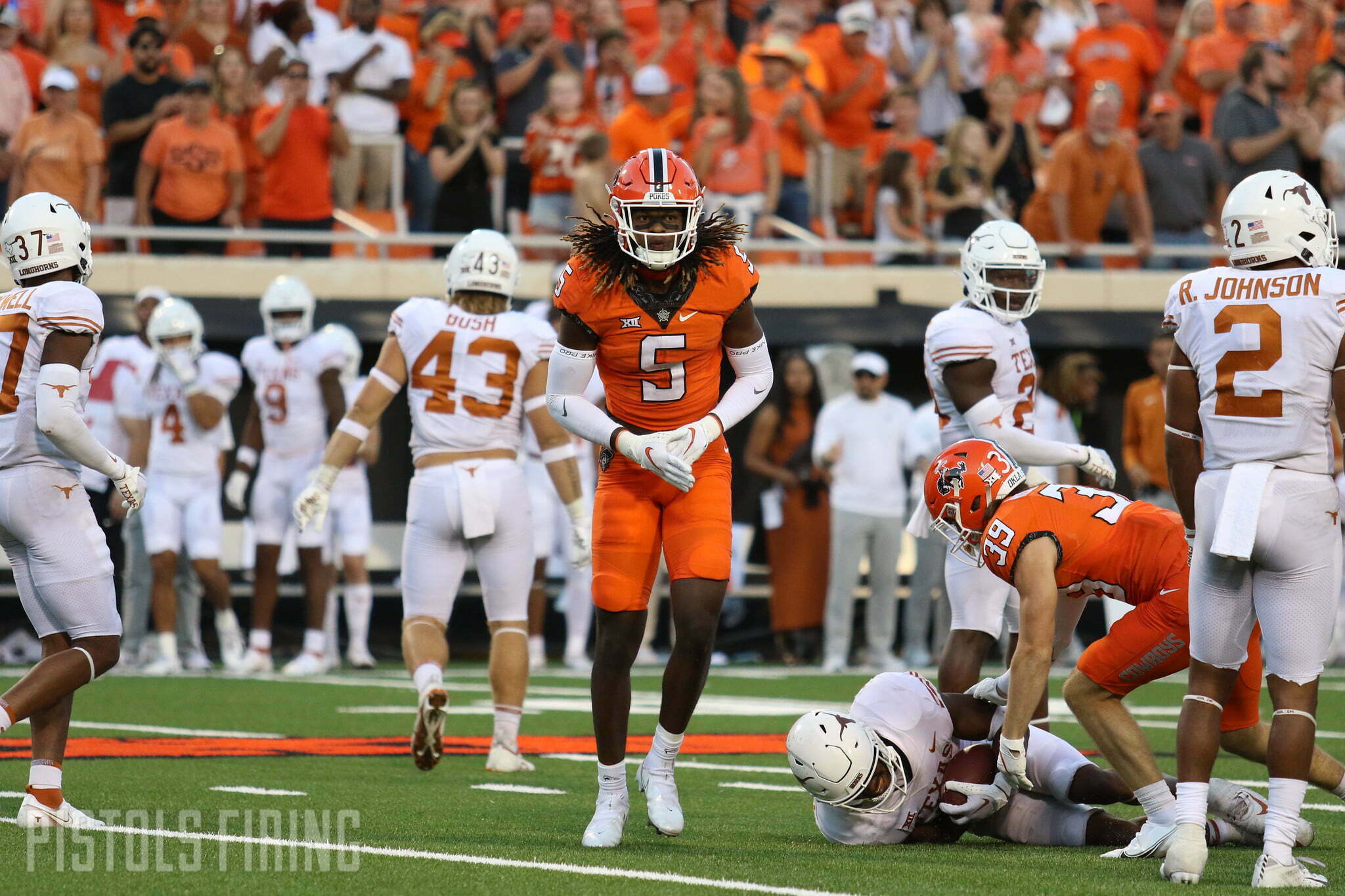 The Cowboys’ Big 12 season didn’t end like they wanted but several of them were honored for their efforts by the league’s coaches.

Kendal Daniels earned Big 12 Defensive Freshman of the Year and Jason Taylor II was named an all-conference first-team selection while five Cowboys were named to the second team and 10 were given honorable mentions.

Taylor’s six interceptions are tied for most in the FBS currently and lead the Big 12. The redshirt senior also tied for the league lead in passes defended with 13, has seven pass breakups and two tackles for loss. And he leads the league and is tied for second nationally in solo tackles. Taylor was also an honorable mention for Defensive Player of the Year.

Daniels, a redshirt freshman who played in all 12 games, was a no-brainer for Defensive Freshman of the Year, leading all Big 12 freshmen in interceptions (three), tackles (69), solo tackles (43), passes defended (six) and tackles for loss (5.5). He also earned all-conference second-team honors.