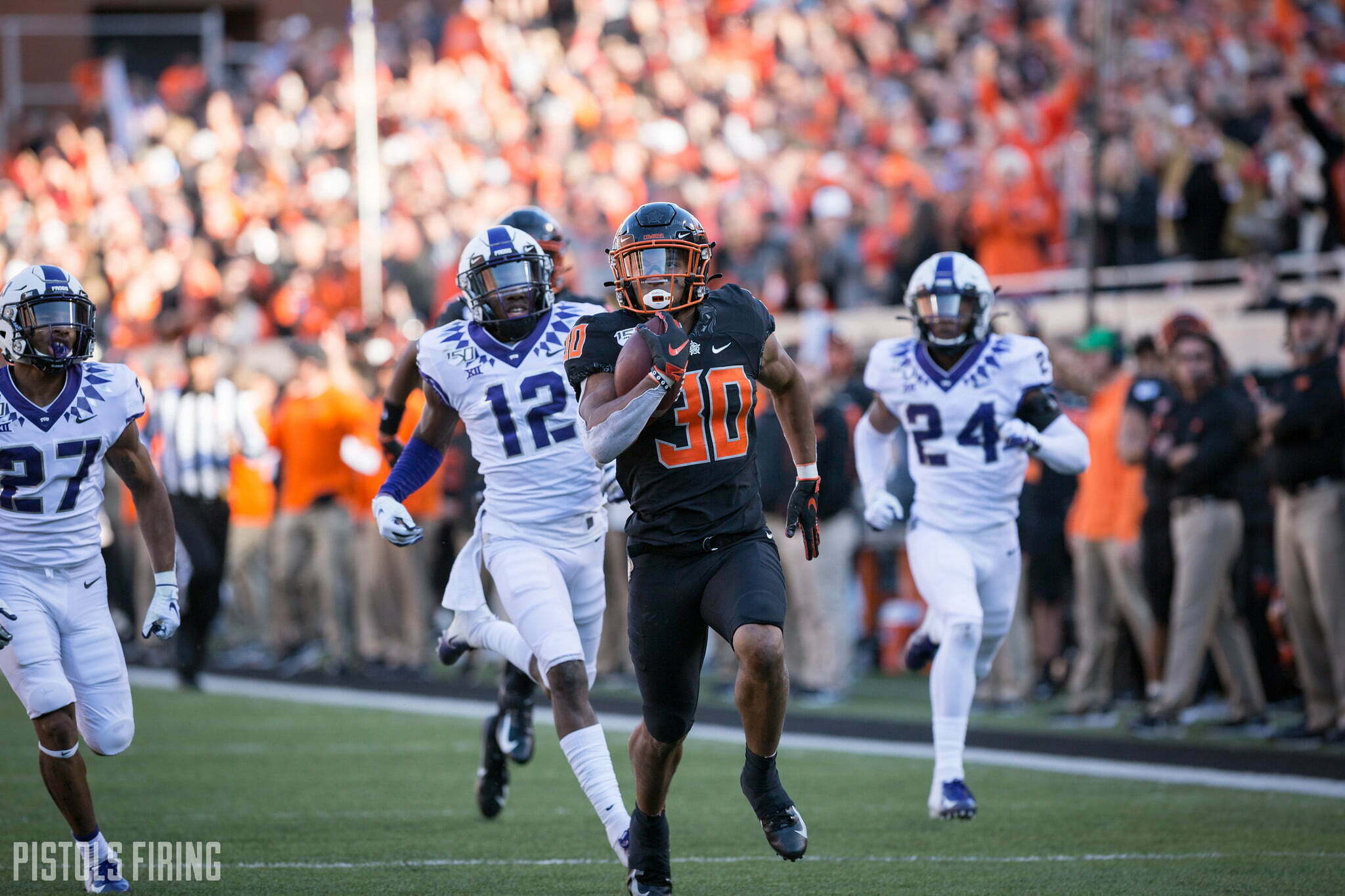 In 1991, Desmond Howard struck the Heisman pose after a punt return in a game against Ohio State. Now the former Heisman trophy winner is throwing out a striking prediction that a Cowboy will next hold the bronze trophy.

On ESPN’s Get Up, Howard predicted that Oklahoma State running back Chuba Hubbard will win the 2020 Heisman. Hubbard led the nation in rushing in 2019 but was snubbed for the Doak Walker, given to the nation’s best running back, for the more well-known Jonathan Taylor. Now that Hubbard is a known commodity, Howard is taking the Poke to do better than that award, all while taking a shot at the Big 12’s defense.

If Hubbard were to receive the honor, he would be the first non-quarterback to win the award since 2015 when Derrick Henry won it.

It has turned into a quarterback’s award. Since Reggie Bush vacated his 2005 Heisman, only two non-quarterbacks have won the award since 2000: Henry and Mark Ingram. That hasn’t ever seemed to matter to Howard, though, as the former Michigan Wolverine is just one of three wide receivers to ever claim college football’s most distinguished individual honor.

Hubbard finished eighth in the 2019 Heisman voting, but five of the players voted ahead of him are now in the NFL. That leaves Hubbard competing with Ohio State quarterback Justin Fields and Clemson QB Trevor Lawrence.

The 2,094 rushing yards Hubbard had last season rank 18th in NCAA history. With his newfound notoriety, it will be interesting to see if Hubbard has to do better than that in 2020 to finish better in award races.

One thing is for sure, though, with Howard’s prediction: the Canadian cat has darted out of the Stillwater bag and is getting noticed on a more national scale.