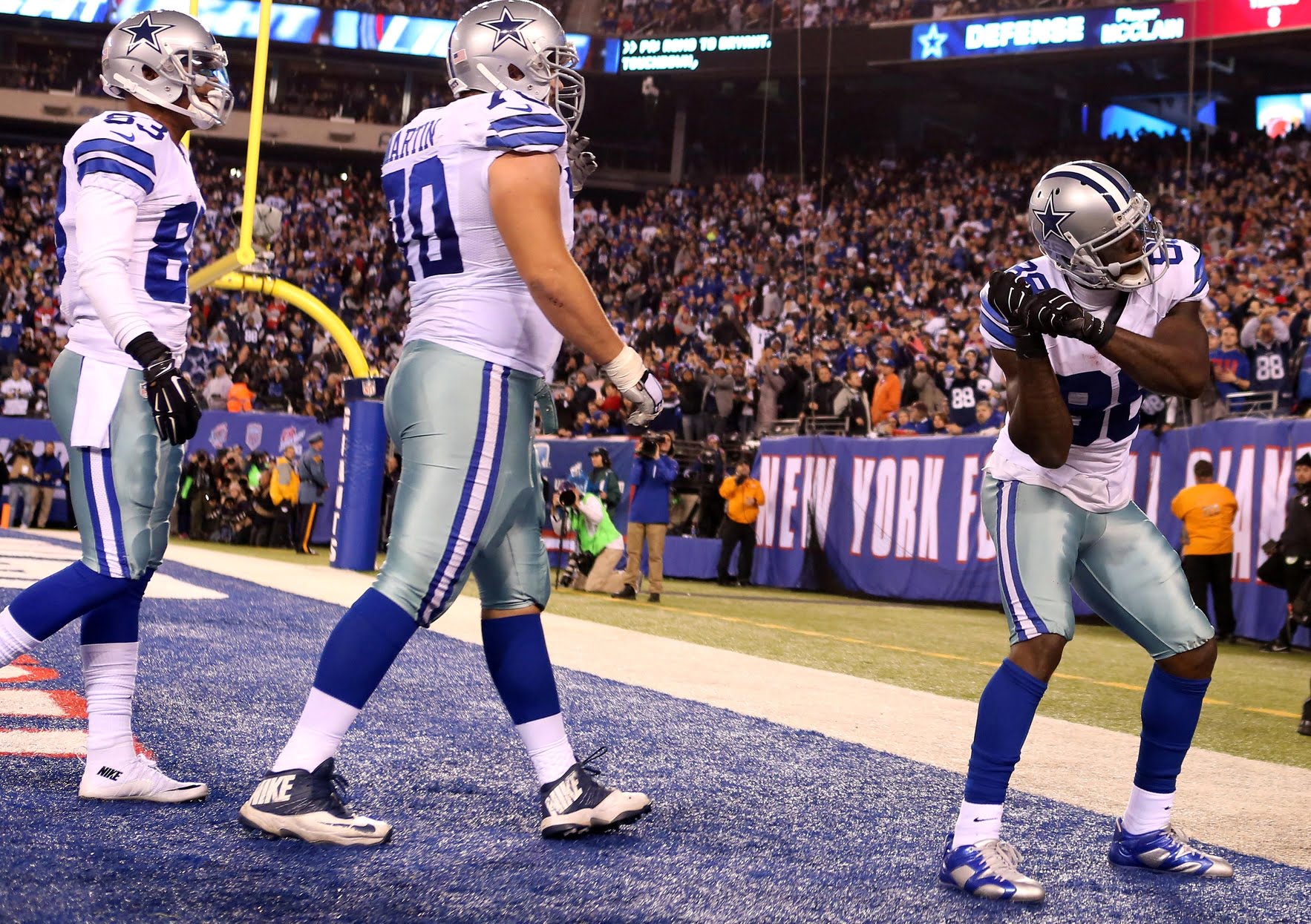 All of the talk from Sunday night’s matchup between the Dallas Cowboys and New York Giants has been of Odell Beckham Jr.’s superhuman grab.

If you’ve seen the catch, you know why. But lost in the aftermath of the ballyhooed one-handed snag is the fact that Dez Bryant once again dominated and led the Cowboys to a win.

Bryant finished seven receptions for 86 yards and two touchdowns, including the game winning grab with one minute remaining. He might also want to thank the offensive line for providing Tony Romo with enough time.[1. Ed. note: I’ve seen flag football plays that were more structured than this one.]

Bryant then proceeded to do what he normally does and celebrate flamboyantly. During his celebration, he made sure to take a shot at OGB, because he wouldn’t be Dez Bryant if he didn’t.

It just goes to show again that no one can debate that this season Bryant has been one of the most dominant receivers in the league. He ranks first in touchdown receptions among wide receivers and is top 10 in yards and receptions. So keep throwing up the X, Dez.

Here’s his other TD, by the way.

The other Cowboys didn’t do much in Week 12. Tyler Patmon was held out due to injury, while Joseph Randle and Brandon Weeden just didn’t see action. Dan Bailey hit a 38-yard field goal and also came up with a tackle on special teams.[1. Ed not: !!!]

I don’t know what to think of Justin Gilbert. It doesn’t seem like the Cleveland Browns do either.

One week Gilbert is getting a lot of playing time and making big plays, and the next he is nowhere to be seen. This week it was the former.

Gilbert had one tackle and two passes defended this Sunday against the Atlanta Falcons. Gilbert was there on the coverage of Devin Hester in a crucial third-down play that forced Atlanta into a field goal and was a difference maker in the outcome of the game.

Perrish Cox had four tackles against Washington on Sunday. Overall, it was a solid outing.

He also had a chance to return a punt, but didn’t leave that great an impression.

Perrish Cox not exactly inspiring on punt returns today….normally a safe, conservative option. He’s all over the place today.

Antonio Smith didn’t leave much of a mark on the field in a Thursday night matchup with Kansas City, but he did snap a 24-game losing streak.

Smith described the feeling as a “black cloud lifted”.