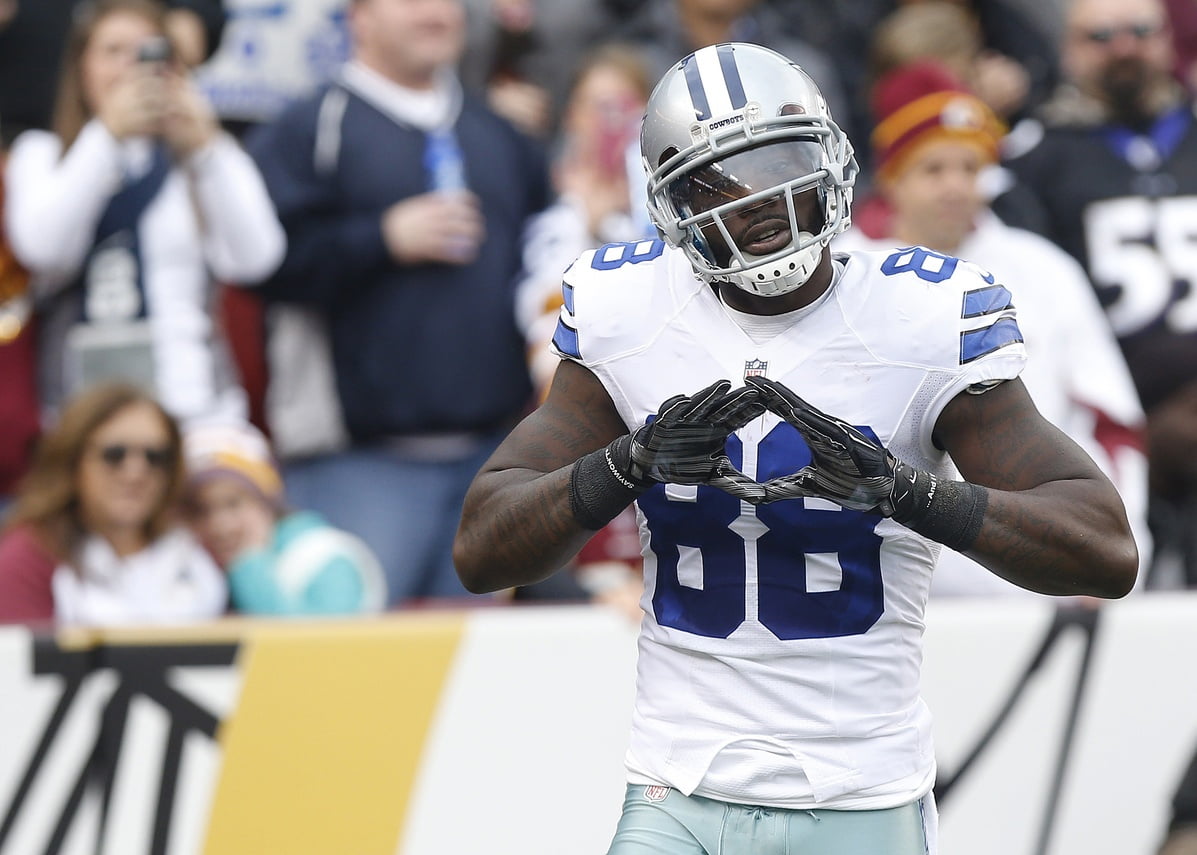 OSU South dominated the NFL regular season one final time in 2014 as the 16-game schedule came to a close on Sunday. Here’s a look back on everything you might have missed.

As the regular season comes to a close, Dez Bryant appears to be peaking. Look up beast mode in the dictionary, and you’ll see a picture of Bryant.

Washington is his latest victim, as Bryant burned them for 4 receptions, 99 yards, and 2 touchdowns in his last regular season game. In this 65-yard gem, Bryant made all the plays himself, and there was not even a chance for a Washington defender to stop him from getting to the end zone.

Bryant found the end zone once more on the day, with this grab.

A look at his stats from this season reveals just how dominant Bryant has been. Bryant finished with 88 receptions for 1320 yards, and an NFL-leading 16 touchdowns.

As the Cowboys enter the playoffs, the key task for most opposing defenses will be keeping Byrant out of the end zone. Unfortunately for them, as each week goes by, the more impossible that seems.

Bryant wasn’t the only former Cowboy with a big game for Dallas this week, though.

Joseph Randle found the end zone for just the third time this season on a 63-yard run.

Randle finished the day with just 69 yards on four carries, meaning the bulk of his production came on that one carry.

It’s been an interesting season for Randle. The most publicity he received all year has been for shoplifting underwear, but that’s really just a testament to how heavily the Cowboys have leaned on DeMarco Murray.

Randle finished the season with 343 yards on 51 carries, which isn’t bad production. He busted off several runs for big gains this season. Hopefully in the future he’ll get a better chance to showcase what he can do.

As has been the case for most of this season, Justin Gilbert was nowhere to be seen on the field Sunday. Later, it was said that he was suspended from the game.

Pettine said CB Justin Gilbert was essentially suspended for Sunday's game for being late for meeting Saturday. Teammates fed up with him.

It’s been a disappointing season for Gilbert, who entered with much promise. One has to hope he will eventually find a groove in this league, but he isn’t doing himself any favors right now.

Cox is read for a pay raise

Perrish Cox didn’t play Sunday versus Arizona, but it’d be difficult to leave him out of this final edition of Pokes in the Pros.

Cox had such an amazing season, coming from virtually nowhere to finish with five interceptions, 53 tackles, and 18 passes defended this season.

Cox is a free agent this offseason, and he will likely have many suitors. He posted his gratification to now former 49ers head coach Jim Harbaugh after the game on Sunday.

Great to be apart of wut coach Harbaugh brought to the organization, thanks for everything coach #20… http://t.co/dfTAe9azCu

Finally, Kevin Williams played a good game against St. Louis on Sunday. Williams has been playing especially well over the last few weeks, and recorded two tackles and a sack as the Seahawks disposed of the Rams. He will be a key piece to the Seattle defense as they head into the playoffs.

SACK! Kevin Williams drops Hill for a loss of 8.#STLvsSEA

Here’s what the rest of the Pokes in the pros did in week 17.