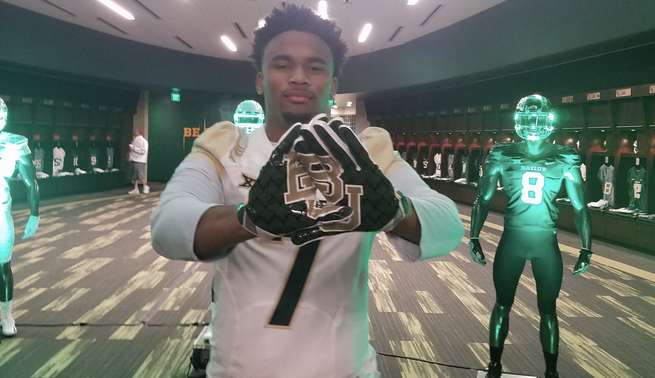 Three days until national signing day, Oklahoma State tight end prospect Tyler Henderson has announced he is decommitting from the Pokes and flipping to Baylor.

Having been on OSU’s commitment list since November – and no other schools threatening – he seemed like a lock to sign on Feb. 1. Until Baylor extended a scholarship offer just a week ago, that is.

Since picking up the offer, Henderson took down his commitment status on twitter and followed more than 10 Baylor coaches and assistants. So it was a bit of a foreshadowing of his decision announced on Sunday evening.

Being from Kyle, Texas, an option to play closer to home in Waco naturally makes some sense from his own perspective. He gets to stay close to home and still play for a school in the Big 12.

For Oklahoma State, it leaves them with just one commitment at the tight end position in Sione Finefeuiaki, a junior college prospect from College of San Mateo.

Note: A previous version of this story with the title “Baylor Threatening to Flip Oklahoma State Tight End Commit” has been updated with Henderson’s Sunday evening decision to commit to Baylor.