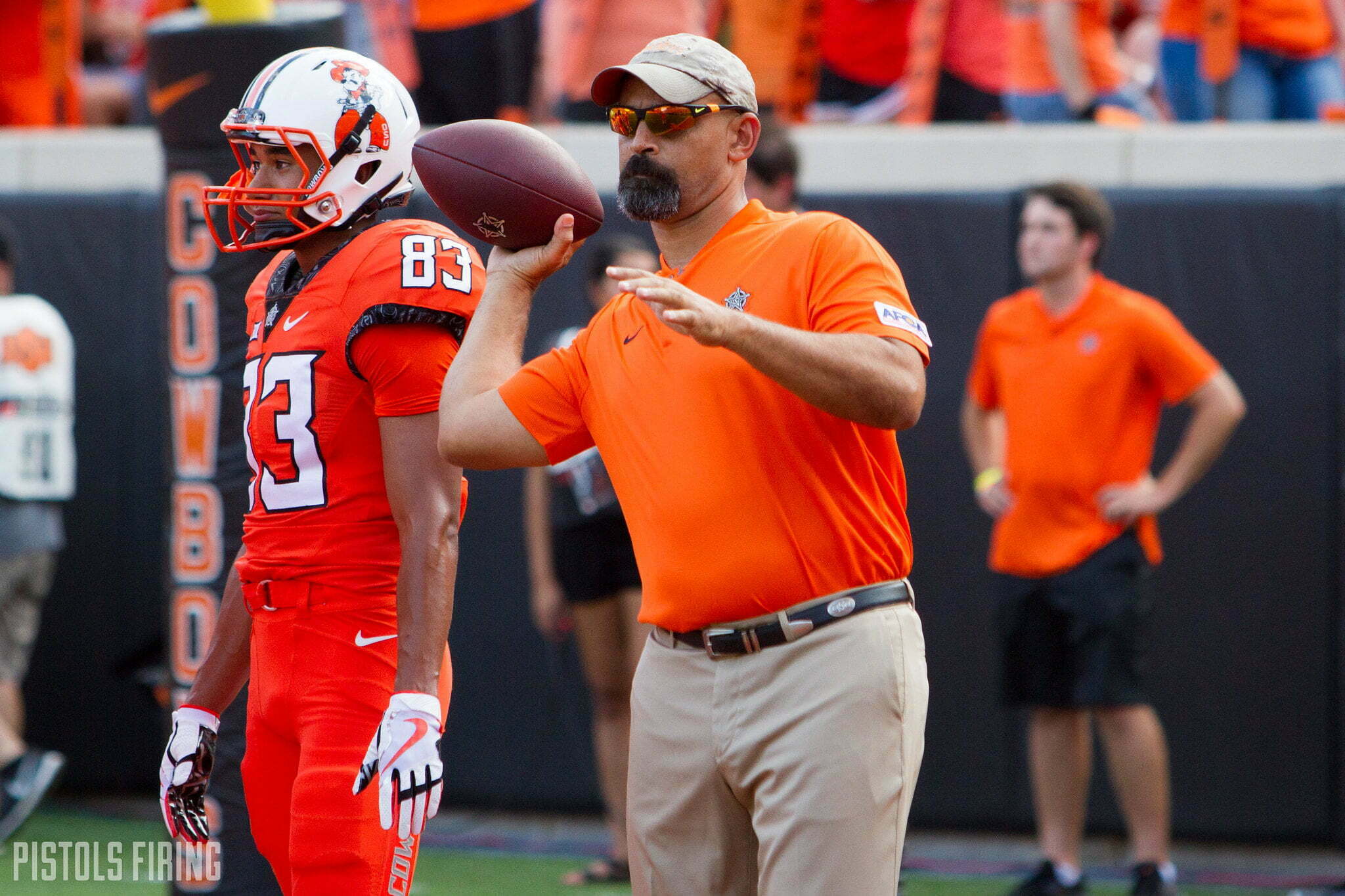 A caveat: I have no idea who the next offensive coordinator of Oklahoma State is going to be. I’ve been doing my best to report what I know (+) as the process moves along, but as everyone should be aware of now with college football, things change quickly.

From an outsider looking in — without spilling everything I’ve heard about what’s going on behind the scenes — it would appear that OSU’s staff could (could!) be set.

After being named associate head coach last March, it appeared at the end of December that Kasey Dunn was headed to UNLV to team up with his former coaching partner Marcus Arroyo and coordinate his Running Rebs offense. However, things flipped on that, and they flipped so suddenly that if you read between the lines, it would seem as if an offensive coordinator job (or something very near that) was awaiting Dunn on his return. That appeared even more imminent after Sean Gleeson left OSU to be the OC at Rutgers last Friday.

However, there was an open staffing spot on Gundy’s group of 10 assistants for a week there, and the Todd Monken rumors got crazy. Like, “family is looking for houses in Stillwater” crazy. Then on the Friday after Gleeson left, Gundy filled the open spot with former Louisiana Tech superstar Tim Rattay to be his QB coach. So now we’re back to 10 and nothing is open.

One interesting wrinkle that’s been brought up but may or may not be valid is that Monken could come back as an analyst. A source indicated to me that his son will be going to school in Stillwater next year, and another source noted that there could be a situation where he could retain the money he’s owed from the Browns (if and when the rest of Cleveland’s assistants are fired) by moving into an analyst role rather than a formal assistant role. I don’t know the specifics there, but that scenario seems a little far-fetched as of right now.

All signs right now are pointing to a 2020 season with Dunn running the offense and OSU running it back for another shot at a Big 12 title with its big three of Tylan Wallace, Spencer Sanders and (hopefully!) Chuba Hubbard. There’s also the matter of National Signing Day (Part II). That takes place on February 5, and it would be unlikely that OSU would let go of a position coach before then. So maybe that’s when we see more movement, or maybe Dunn is announced as the OC before then (although I don’t know why they wouldn’t have just announced along with the Rattay news). Logic would point to Dunn being next man up as OC, but when has this stupid sport been anything close to logical?