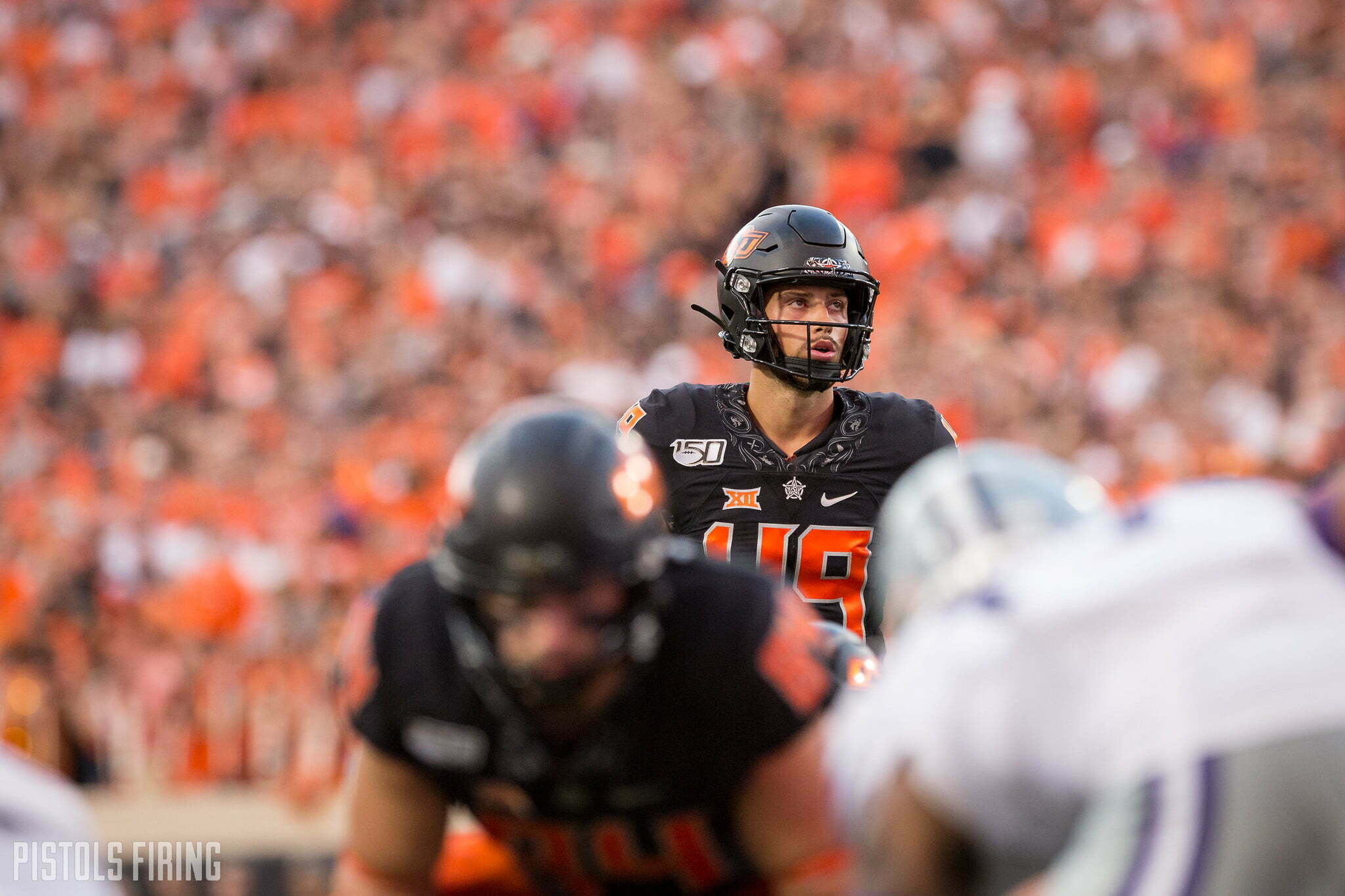 The short answer to that question in the headline is … yes. The longer answer is, well, maybe not (but there are caveats).

I wrote last week about how OSU has for a long time been good but rarely great at scoring TDs in the red zone. OKC Dave made a chart that shows just how good they’ve been compared to their own average in the last decade.

As you might imagine, this season has — up to this point, anyway — been somewhat futile in comparison to recent years. OSU is averaging 5.05 points per red zone attempt which is both well below their 10-year average and also below what they’ve been at every year since the year of 2014 which shall not be spoken of. 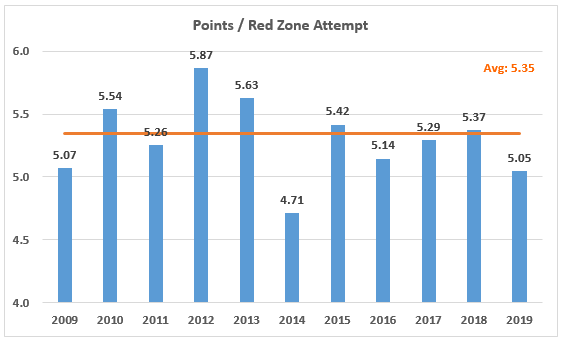 There are myriad reasons for this, some of which we’re privy to and several others of which we’re probably not. They range from, Are they holding Spencer’s hand inside the 20? to Explosive teams don’t know what to do without a full field in front of them.

Regardless of why OSU has been poor when inside opponents’ 20-yard-lines, the bigger question is whether it matters. Can OSU contend to win the Big 12 while being just mediocre inside the red zone?

Historically-speaking, the answer is actually … yes? In two of OSU’s “worst” red-zone seasons in the last decade (2011 and 2016) they played OU in both instances with a conference championship on the line (with varying results 😐). In their best red-zone season (2012), OSU lost five games.

Why is that? Well, for the sake of ease here let’s compare 2011 and 2012 and look at three factors: how often the red zone was reached, how many explosive plays never reached the red zone and how many times they turned teams over and got multiple score opportunities in a row.

These are three pretty good reasons they lost one*** game in 2011 and five in 2012 despite putting up better-looking red zone numbers in 2012.

As Carson noted on our podcast this week, offensive coordinator Sean Gleeson puts more emphasis on getting to the red (or end) zone than what happens when OSU arrives there. This is what the 2011 team did well, and it’s also intuitive because most of the game is played outside of the red zone rather than inside of it.

The disconcerting part of all of this, however, is that 2019 OSU hasn’t been very good at getting to the red zone either. They currently average 4.4 trips per game, whereas the 2011 team averaged 6.3 per game. However, the biggest difference here is that this year’s OSU team has 10 plays of 50+ yards (just five fewer than all of 2011). That’s where these Pokes are getting a lot of their points, which artificially deflates some of your red-zone numbers (which is fine because if you score 100 points on all 50+ yard plays then you’re going to have bad red-zone totals but zero losses).

This is a long and winding and statistically-juiced way of saying that OSU’s red-zone woes, while potentially problematic, aren’t a death knell. As long as they keep their explosive plays at a maximum and rack up a large quantity of red-zone trips, field goals can be OK. It’s easy to posit the cliche that you have to score TDs every time you hit the red zone to win in the Big 12 (I have been doing this myself) but the reality — as that 2011 team showed us — is that just getting to the red zone to begin with is far more important.