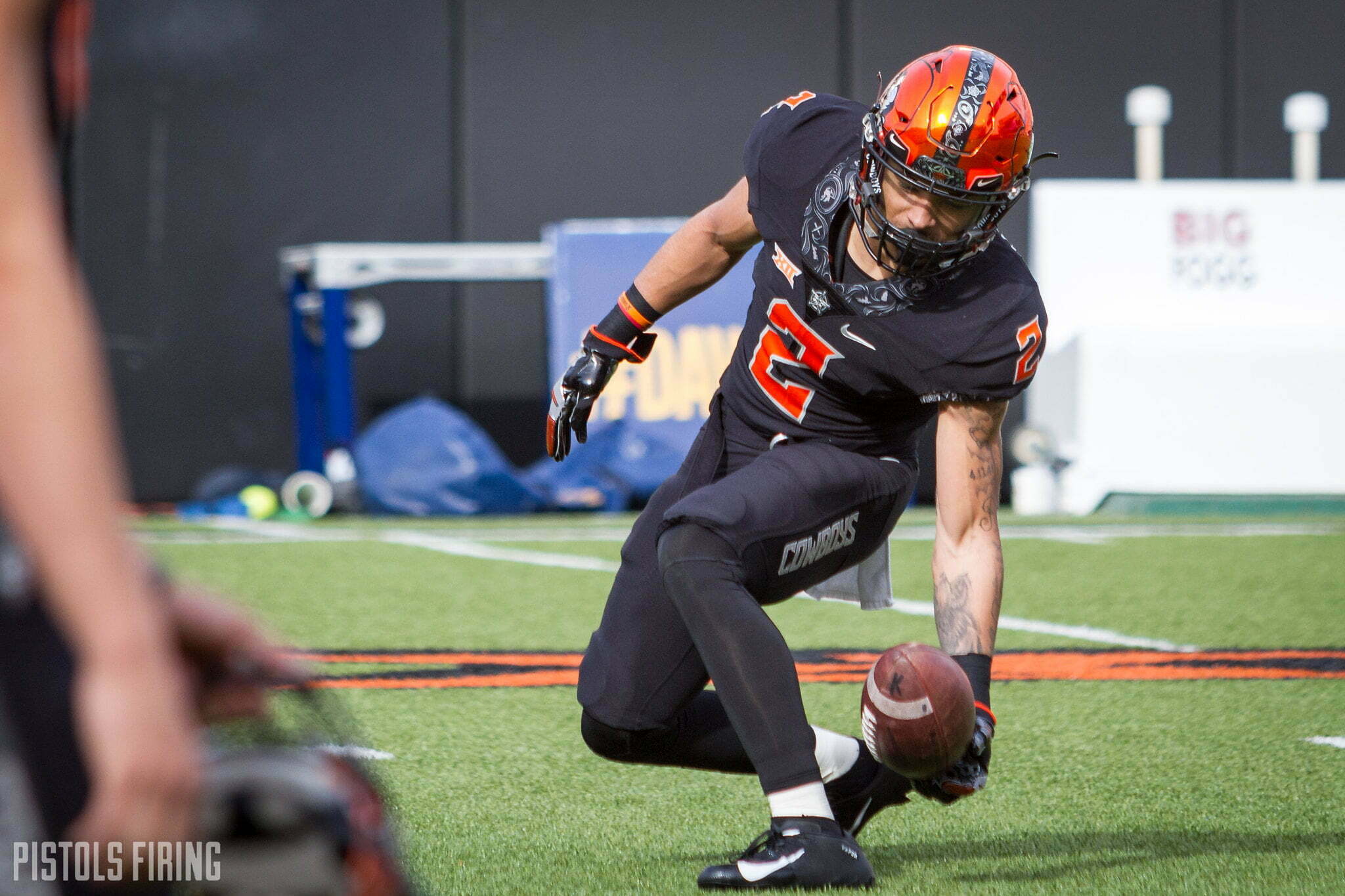 Hey look at that, the second and third-best receivers in the Big 12 over the last two seasons were first-round picks in the NFL Draft last night.

CeeDee Lamb (?? in this house) went No. 17 to the Dallas Cowboys, while TCU’s Jalen Reagor went No. 21 to the Eagles. Both players are great and were studs in the Big 12 last season, but isn’t Tylan Wallace … just as good right now?

Wallace’s 40 will be big in terms of where he ends up getting drafted.

But back to the comps. Before Wallace got hurt last year, he was tracking for the following numbers in his third year on campus as a junior.

How does that compare to Lamb and Reagor in 2019?

Reagor was hurt off and on last year, although he did play in 12 games. Maybe the best comp would be to compare their 2018 seasons. Remember: Tylan had Corndog throwing to him. Lamb had a Heisman winner.

Don’t get me wrong, I think Lamb and Reagor are better pro prospects and will be better pros than Tylan will be, especially after his injury. There’s a reason Wallace said recently on SiriusXM Big 12 Sports Talk that he got a “go back to college” grade when he explored the NFL. While some draft boards have him as a top-10 receiver for 2021 right now, a big leap in terms of pro prospects his last year isn’t likely.

However, Lamb and Reagor — both of whom were actually first-round picks on Thursday night — weren’t more productive or necessarily better in college than Wallace. That doesn’t mean everything, but it has to mean something. So while it’s a bummer for Wallace that his knee kept him from entering this year’s draft, there is a possibility that Reagor and Lamb have helped pave a smoother road in which Big 12 skill position players are seen not just as statistical machines but also potentially as great future pros.

Wallace probably won’t be a first-rounder like those two, but on Thursday evening they may have helped bump him a little higher in next year’s draft than he otherwise would have been.