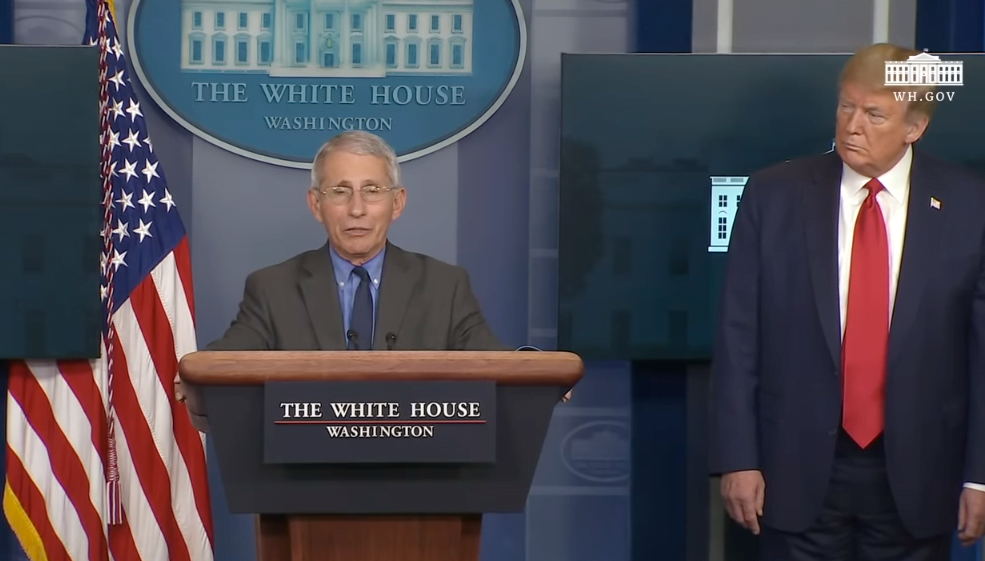 The entire sports world — save for WWE (?!) — is halted indefinitely amid the coronavirus pandemic. But Dr. Anthony Fauci, the Director of the National Institute of Allergy and Infectious Diseases and a key figure in the fight against the virus, sees a path to getting sports back in some capacity.

In an interview that aired Wednesday on Snapchat’s show “Good Luck America” he offered up optimism about fall sports — MLB, NFL and college football — saying the path to getting them back centers around surveillance, testing, and no fans.

“There’s a way of doing that: nobody comes to the stadium,” he said. “Put them in big hotels wherever you want to play, keep them very well surveilled. But have them tested, like every week. Make sure they don’t wind up infecting each other or their families and just let them play the season.”

No fans would be a bummer for sports — and for the pocketbooks of leagues who rely on the income as a huge part of the budget. But no fans and sports is certainly better than no fans and no sports.

“People say ‘well, you can’t play without spectators.'” Fauci went on to say. “Well, I think you probably would get enough buy-in from people who are dying to see a baseball game.”

This is true. (Not baseball, obviously, but related to football.) People want to see sports. People need sports. I’d watch via bunny ears on low definition on a bubble television right now if it meant football would for sure happen this year.

This is all sounds like it can happen if testing evolves and infections are kept to a minimum, so it’s not a certainty. But Fauci taking on an optimistic tone — and suggesting a test-first approach — is encouraging.