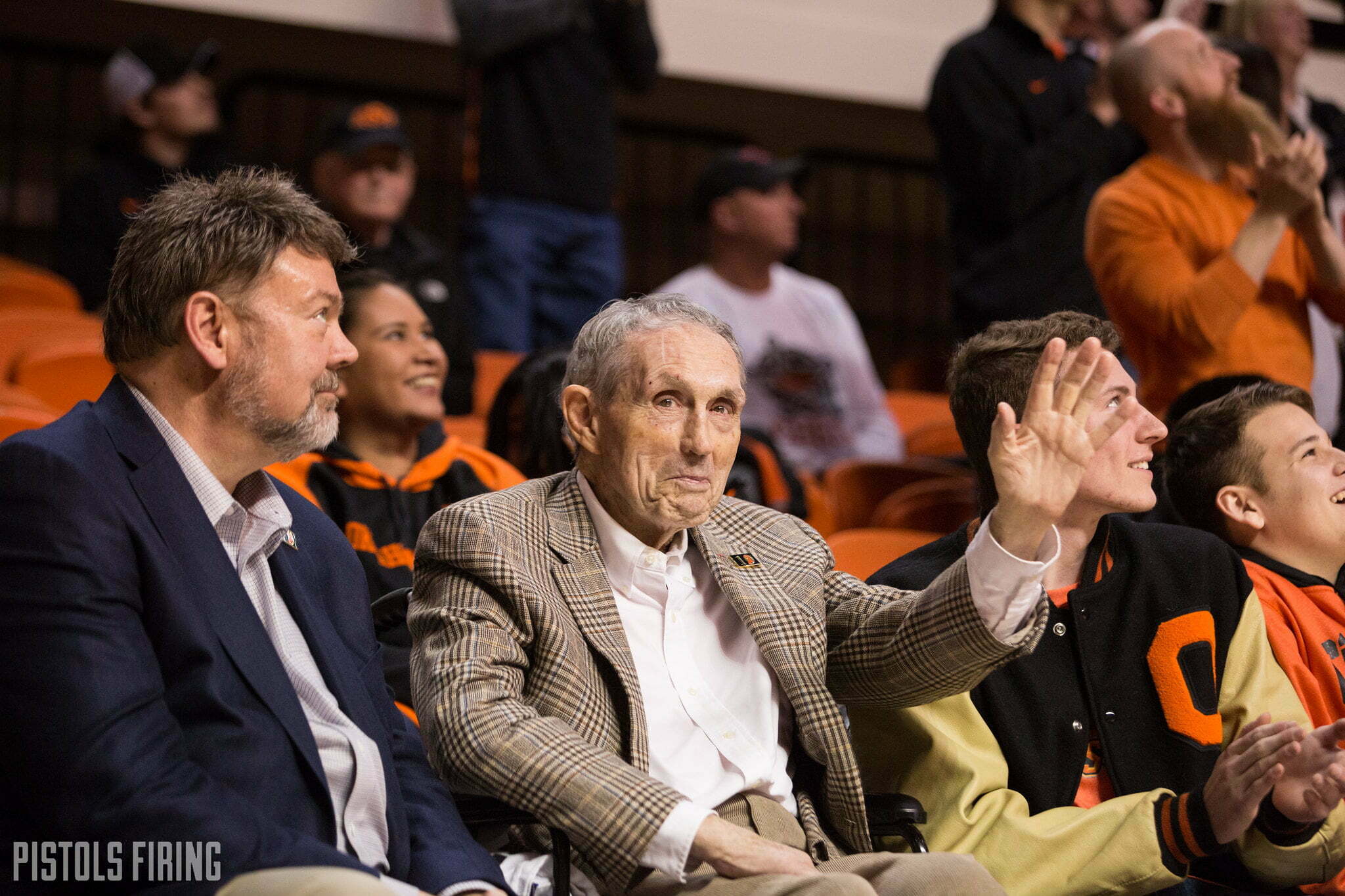 After the news broke on Friday, the Naismith Basketball Hall of Fame formally announced the induction of Eddie Sutton as part of an historic 2020 Hall of Fame class. The most egregious exclusion from the sport’s prestigious hall has finally been corrected.

In his coaching career he has guided his teams to 3 Final Fours, 6 Elite Eights and 12 Sweet Sixteen appearances. He ranks in the top 10 among D1 coaches in all-time victories. We congratulate Coach Eddie Sutton. #20HoopClass pic.twitter.com/kRy2oSFl7C

Sutton is the 9th-winningest head coach in Division I history boasting a record of 806-329. His career spanned five decades at four different schools. He coached 26 teams to the NCAA Tournament, made six Sweet 16s, four Elite Eights and two Final Fours. He was the first head coach to lead four different schools to the Big Dance and was named the AP Coach of the Year twice.

He was the only member of the exclusive 800 win club not in through this past season. West Virginia’s Bob Huggins finished the truncated 2019-20 season with 809. It’s unlikely he’ll have to play the waiting game that Sutton did for his rightful place.

Sutton was already a 20-year head coaching veteran before he ever made it back to his alma mater. In his 16 years at Oklahoma State he not only revitalized an historic program, he led an entire university, community and fanbase through tragedy and provided us with countless fond memories. He set the standard that every OSU coach has been striving to reach since.

Sutton is part of one the most memorable classes to ever be inducted in the hall joining NBA superstars Kobe Bryant, Tim Duncan, Kevin Garnett and WNBA champion Tamika Catchings.