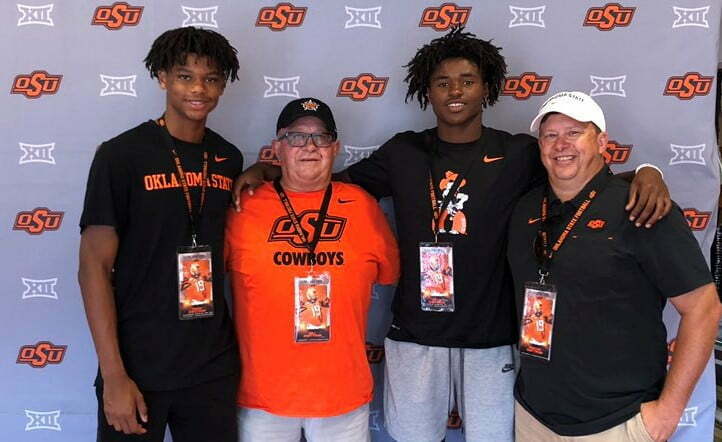 The Cowboys’ and Tabry Shettron moved quickly, and it turned out to be an outstanding arrangement for both parties.

Oklahoma State offered Shettron on Saturday, and he committed Wednesday. It wasn’t just him; Shettron brought his four-star receiver brother, Talyn Shettron, with him. Talyn was a Oklahoma commit.

Despite having a handful of offers, Shettron is unranked on recruiting services in what is the summer before his senior season at Edmond Santa Fe.

For the Wolves in 2020, Shettron caught 19 passes for 179 yards and six touchdowns. Along with OSU freshman Collin Oliver and Talyn, Tabry helped lead Santa Fe to the 6A-I State Championship game and a 10-3 record.

The Shettron brothers aren’t the first players to make the journey up I-35 from Santa Fe to Stillwater. Calvin Bundage, Trace Ford and Collin Oliver have also made that trek over recent years.

The brothers are the 12th and 13th commitments of OSU’s 2022 class. They are the sixth and seventh Oklahomans to commit to OSU this cycle, as well, joining CJ Brown (Beggs), Braylin Presley (Bixby), Mason Gilkey (Pawhuska), Jaleel Johnson (Putnam City North) and Gabe Brown (Stillwater).