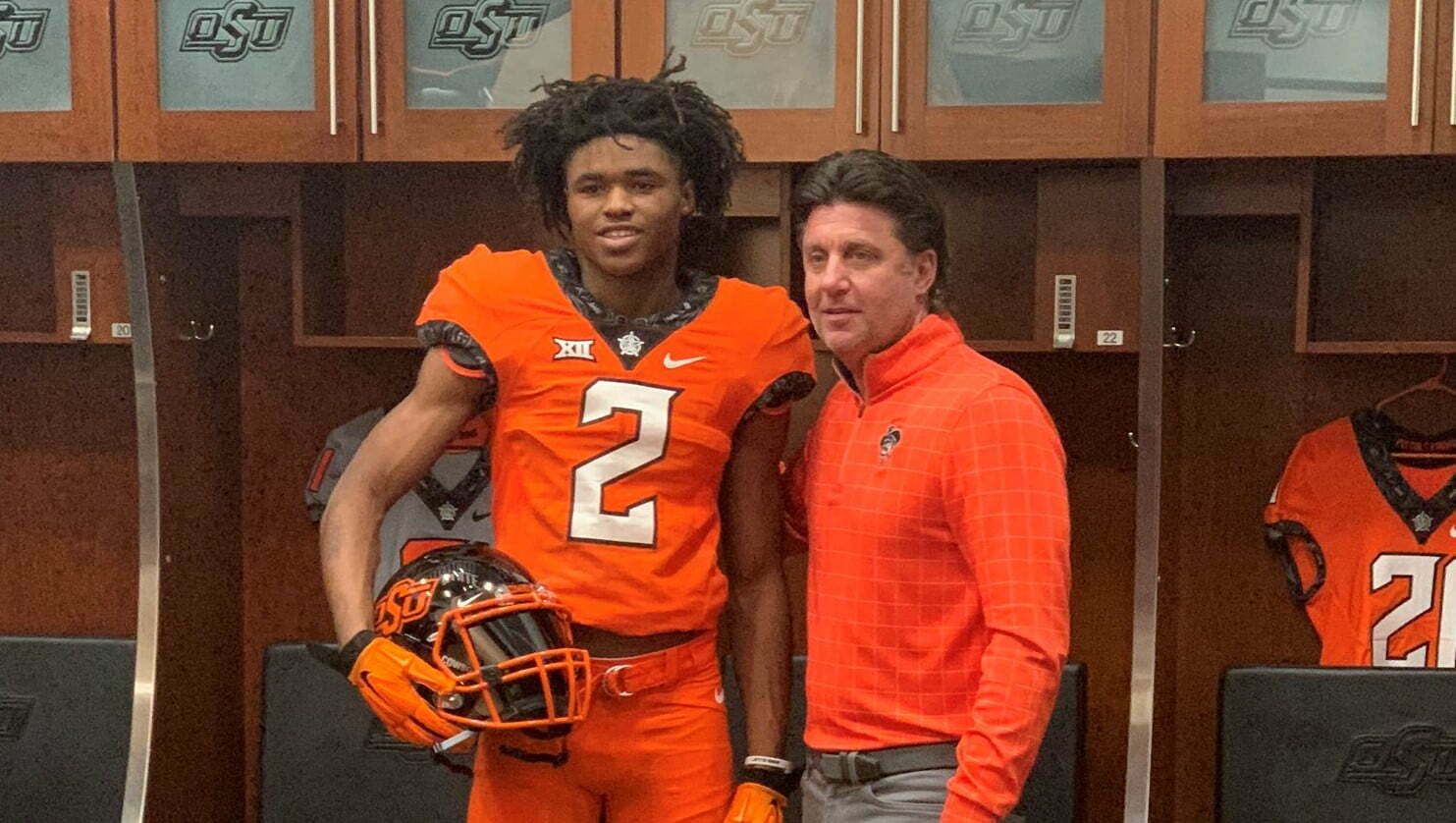 Fifteen years after Oklahoma snatched Ryan Broyles away from Oklahoma State, the Cowboys might have gotten their revenge.

Edmond Santa Fe receiver Talyn Shettron flipped his commitment from the Sooners to the Cowboys on Wednesday. Shettron is a four-star prospect ranked 63rd overall in the 2022 class. His 0.9731 247Sports Composite score makes him the fifth-highest rated commit in OSU’s history.

A 6-foot-3, 185-pound receiver, Shettron committed to Oklahoma in October over offers from OSU, Texas, Texas A&M, Auburn, Miami, Florida State and others. For what it’s worth, the Cowboys were Shettron’s first offer, coming back in May of 2019.

The Shettron brothers continue the Santa Fe to Stillwater pipeline that has brought the Cowboys Calvin Bundage, Trace Ford and Collin Oliver over recent years.

The brothers are the 12th and 13th commitments of OSU’s 2022 class. They are the sixth and seventh Oklahomans to commit to OSU this cycle, as well, joining CJ Brown (Beggs), Braylin Presley (Bixby), Mason Gilkey (Pawhuska), Jaleel Johnson (Putnam City North) and Gabe Brown (Stillwater).