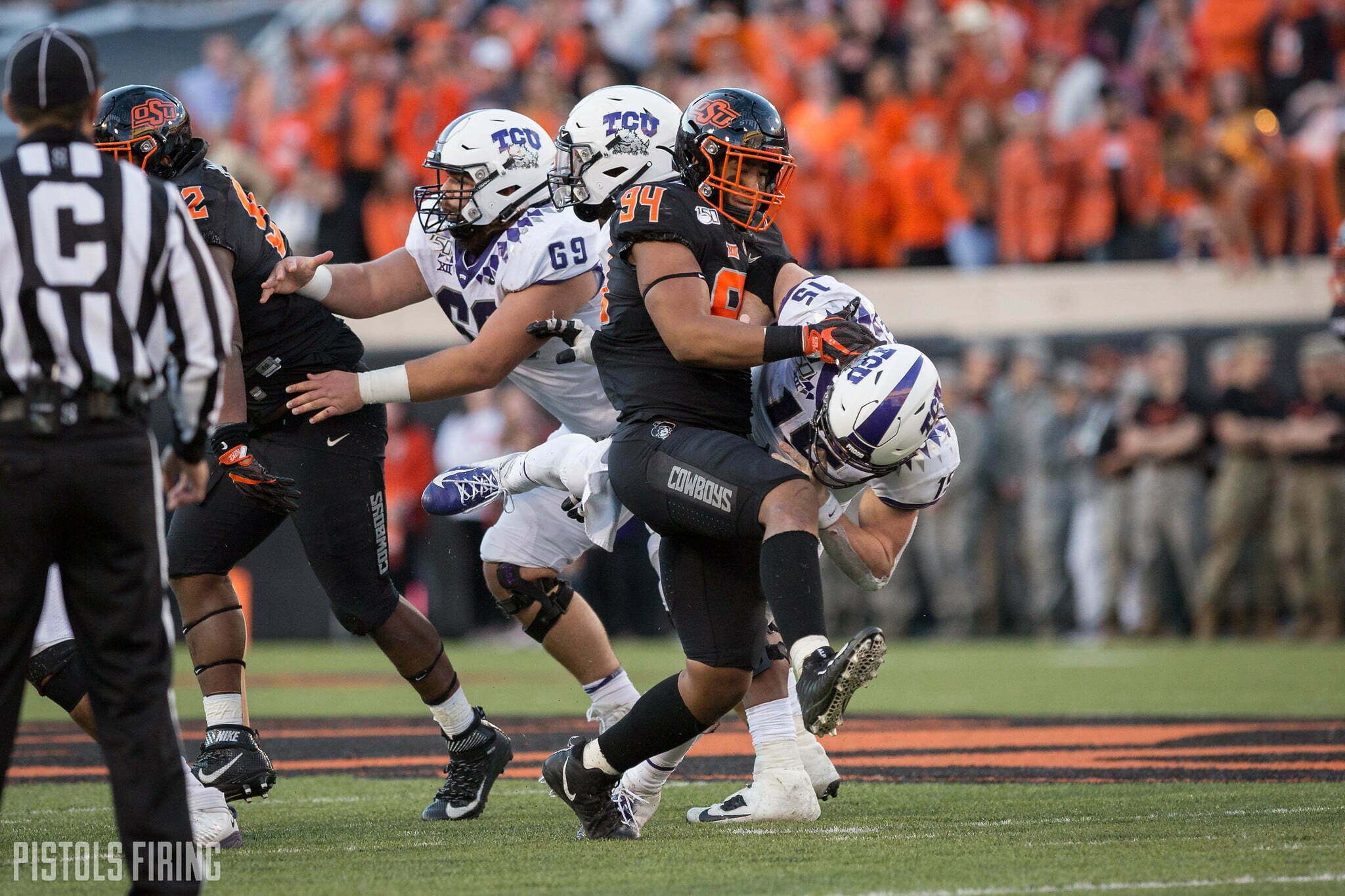 It remains to be seen when college athletes will be able to benefit from their name, image and likeness, but Oklahoma’s legislature passed an NIL measure set to go into effect July 1 and the Supreme Court on Monday ruled in the Alston v. NCAA case in favor of the appellees. The combination of those decisions makes it possible for athletes to at some point in the very near future be financially compensated through endorsements, social media deals, autographs or other uses of their fame.

The ruling got me thinking about endorsements in particular.

Now, right now there’s no clear path to how players will be paid, other than they will likely be compensated based off their market value. So, for instance, if Hideaway Pizza decides Josh Sills is worth $100 million based upon the market, then it will pay Josh Sills $100 million to endorse it.

That’s a hypothetical scenario of course — and how players will be paid might not be as cut and dry — but for the sake of a fun exercise in which I pair best endorsement fits with OSU athletes in a new NIL era, let’s go with it.

OK, on to the exercise.

I mean, is there a better match? Sanders loves fishing and Mike Gundy has admitted his QB1 is good at it. That’s about as big an endorsement as you can get. Bass Pro swooping in to offer Sanders some QB1 compensation in addition to some jigs and a new rod and reel sounds like the perfect fit.

Do we know if Josh Sills uses product on his luscious locks? No, we do not. But butch wax is the product Gundy claims to use to sculpt his mullet into the “Arkansas waterfall.” Sills could ride Gundy’s coattail here and be the official Butch Wax spokesman of Stillwater. Seriously, who says no? The commercial potential would be worth the price of admission alone.

Brennan Presley had one catch for 7 yards as a freshman in the regular season. He then had six catches for 118 yards and three scores in the Cheez It Bowl. I’m not saying that playing for Cheez Its inspired him, but I’m just saying in games sponsored by Cheez Its, he’s statistically one of the GOATs. Having Presley endorse some Cheez Its version of the Wheaties pitch is a certified winner.

As a Tulsa native, Quiktrip is my drug of choice: They are always quick with service and I can get pretty much everything I need — milk, gas, sandwich, hot cheetos — all in one stop. Trace Ford is precisely that as a pass-rusher — he’s quick off the edge and has everything in his bag as a defensive end, capable of sacking the QB, dropping into coverage, picking off passes and generally being elite. He’s the one-stop shop of college athletes.

I mean, sometimes endorsements just write themselves. Carport companies literally sell one thing — providing coverage for your vehicle/boat/motorhome. Tre Sterling and Kolby Harvell-Peel are the human version of carports, as they use their speed to cover space — and would-be pass-catchers — on the back end of OSU’s defense. (OK, it’s corny, but just go with it.)

I have zero explanation for this fit, sorry. All I know is MalcRod is a star worthy of an endorsement and Coney Island is one of the best meals on the face of planet Earth — and there just so happens to be a great one in Stillwater. Also, what college student wouldn’t love an endorsement deal that probably includes free coneys?