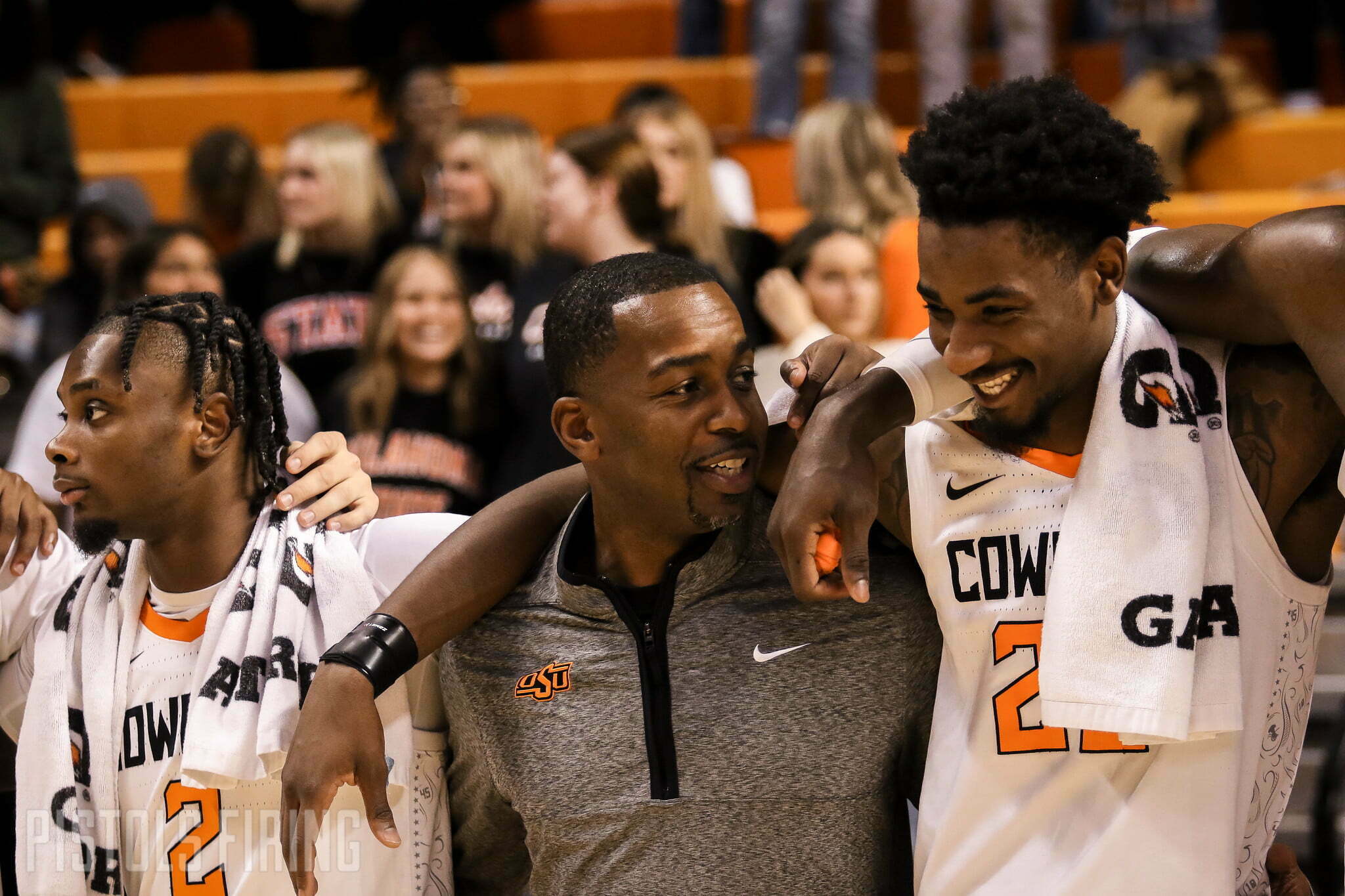 Oklahoma State landed a big fish on Wednesday when four-star 2023 forward Eric Dailey committed to the Cowboys over Memphis and going the pro route. The ceremony was streamed on YouTube by 247Sports and included a quick interview following Dailey and his parents unveiling their OSU garb.

Dailey credited relationships both with Mike Boynton as a key reason for his decision, as well as the strength of the conference.

“It was based off of relationships,” said Dailey. “Me and Coach Boynton had a good relationship from the start. He was actually my USA coach at U18 this past summer. And he’s known me since I was a kid. And I just think playing in that conference, one of the best conferences in college basketball, is a big plus.

“When I got on campus for my visit, it was just a family, family-oriented. They showed a lot of love and I feel like I can trust Coach Boynton with my future.”

Dailey’s pledge elevates OSU’s class to No. 9 nationally according to 247, ranked second in the Big 12. His addition means that three of the Cowboys’ five commits are considered four-star prospects according to 247, and Daily already has relationships with the other two.

Del City (Okla.) center Brandon Garrison was with Dailey and Boynton on the USA U18 squad and Plano (Texas) forward Justin McBride has run in some of the same circles with OSU’s newest commit.

“Me and BG [Brandon Garrison] played this summer [with USA Basketball],” said Dailey. “I played him in the EYBL as well so I already kind of knew him. Justin McBride, he plays with my cousin and Plano High School as well, so I already knew him from that relationship. All of us have got the same mentality. We all want to win and we all want to get better at our craft. And I think, going into next year, we’ll all just push each other and having some vet guys as well and Coach Boynton on us every day, we can only get better.”

He is the third-highest-rated recruit in the Boynton era at OSU, behind only Cade Cunningham and Garrison. In Dailey, OSU gets a 6-foot-7 playmaker who’s ready to contribute on Day 1. He’s big, athletic and can score at all three levels.

“You’re going to expect a show, for sure,” said Dailey on what OSU fans can expect. “I like to play with a lot of energy and I play with a lot of passion, as well. I’m a positionless player and I can score [at] all three levels as well and make my teammates better while doing that. We’re going to have a good time in Stillwater.”