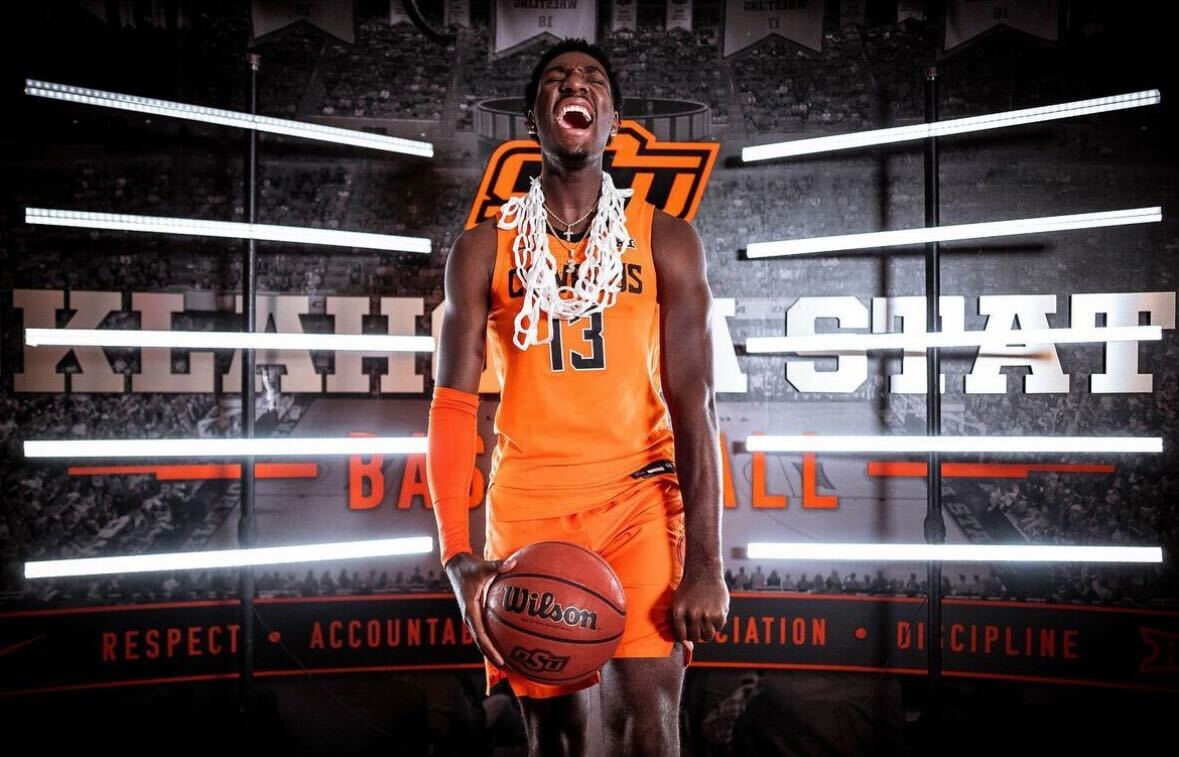 The Cowboys have secured the commitment of one of the top remaining players in the 2023 class.

Eric Dailey Jr., a 6-foot-7 guard at IMG Academy in Florida, announced his commitment to Oklahoma State on Wednesday. Dailey is the No. 51 player in the 2023 recruiting class, and before committing to OSU, he was the second-highest-rated uncommitted prospect left in the class.

Dailey played for OSU coach Mike Boynton alongside OSU signee Brandon Garrison with USA Basketball at the FIBA Americas Championship this summer. Dailey took home a gold medal after averaging 9.5 points, 6.5 rebounds and 1.7 assists a game in the tournament.

With the Georgia Stars on the Nike EYBL circuit this summer, Dailey averaged 13.8 points, 6.3 rebounds and 1.9 assists a game while shooting 44% from the field and 37% from 3-point range.

He has a powerful frame that he can use when he attacks the basket, but he can also step back and shoot the 3 — a modern-day stretch forward.

Dailey released his Top 8 schools in September, a list that consisted of Oklahoma State, Kansas, Kentucky, Michigan, Memphis, Texas A&M, Florida State and TCU. Dailey was in Stillwater on Nov. 3 for an official visit, where he watched Oklahoma State beat Ouachita Baptist 85-51 in exhibition play. Since, OSU coach Mike Boynton has remained in contact, visiting Dailey on Sunday as Dailey dropped 41 points in a game with IMG Academy.

Dailey’s addition pushes OSU’s 2023 recruiting class to No. 9 nationally, which ranks second in the Big 12 behind only Iowa State. He becomes the fourth player in OSU’s class to be ranked as a four-star prospect by at least one of the major recruiting services, and Dailey is the fifth player in the class overall, joining Garrison, Justin McBride, Jamyron Keller and Connor Dow.

Dailey missed the early signing window, but he will be able to sign starting April 12.