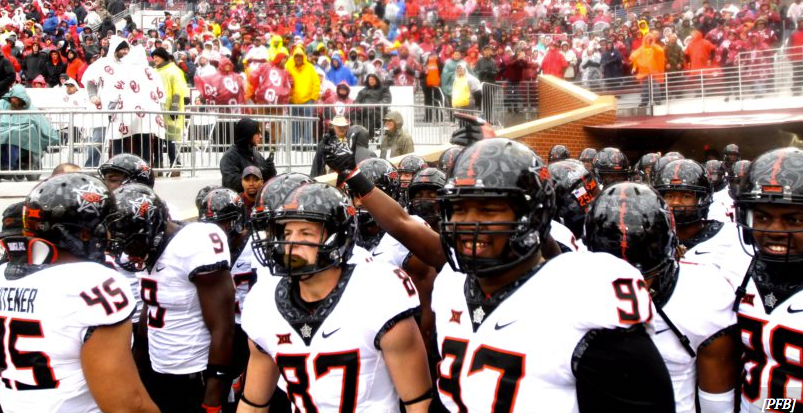 The football season is now officially over. Clemson knocked off Alabama in the most dramatic fashion possible with a last-second Deshaun Watson touchdown to down the mighty Crimson Tide.

And as we sit in early January, the outlook is bright for Oklahoma State. Athlon Sports ranked the Cowboys as a No. 11 team in its way-too-early 2017 projection.

And ESPN has even higher preseason expectations of Oklahoma State, who they ranked as No. 7 in its list released on Monday night. From ESPN:

Outlook: The Pokes will have to rebuild their defense after losing top tacklers Jordan Sterns and Devante Averette plus star defensive tackle Vincent Taylor, who is entering the NFL draft as a junior. But with quarterback Mason Rudolph and receiver James Washington announcing they’ll return for their senior seasons, Oklahoma State might have one of the country’s most high-powered offenses in 2017. Coach Mike Gundy has guided the Pokes to 10-win seasons in five of the past seven years, and after back-to-back second-place finishes in the Big 12, they might be ready to challenge Oklahoma for the title. They’ll get to play the Sooners at home in the Bedlam game next season, and the Pokes will also host TCU, Baylor and Kansas State in Big 12 play.

Interestingly, ESPN seems to be the highest on OSU in the Big 12. They ranked Oklahoma on down the list at No. 10, noting the losses of Joe Mixon, Samaje Perine and Dede Westbrook being difficult to replace from its most recent Big 12 title season.

Expectations for 2017 will be high, indeed. And the media appear to be hopping on board with Mason Rudolph and Co. early.