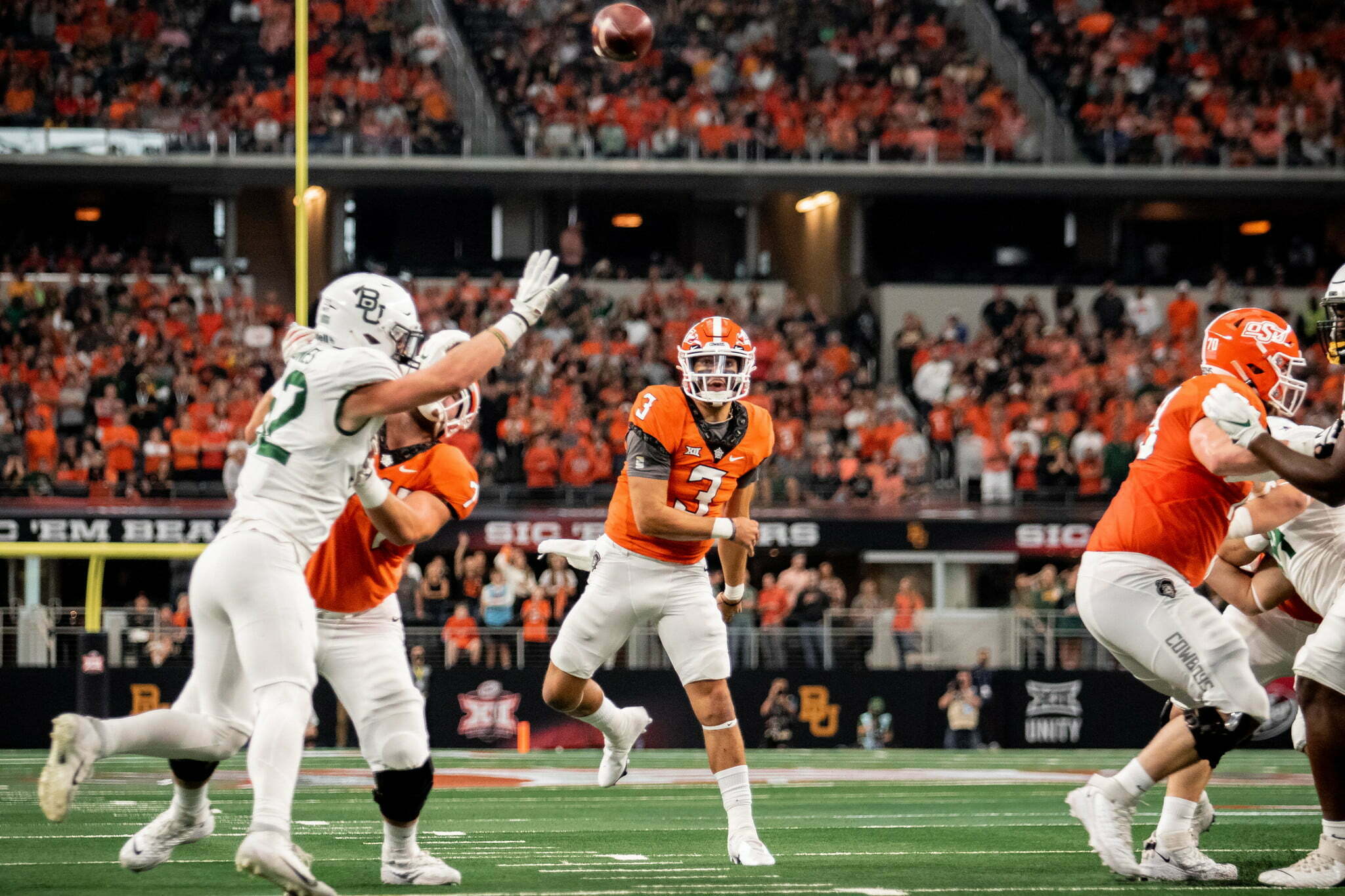 ESPN’s Football Power Index rankings — often offseason fodder for Oklahoma State fans (and all of college football, really) — released its first run of rankings for the 2022 season on Wednesday. As expected, it has very little respect for teams in the Big 12 not named Texas or Oklahoma.

In fact, the Longhorn$ are getting a ton of respect in the FPI — coming in at No. 6 — while the Sooners come in at No. 8. OSU is third among Big 12 teams at No. 13 ahead of Baylor, which ranks 19th after winning the Big 12 title over OSU last season.

Oh, and Kansas ranks 97th — one spot below Central Michigan.

The FPI is not a ranking of people but rather a model with predictive elements used to project performance. Here’s how ESPN itself explains its own methodology for the FPI.

FPI is a predictive rating system designed to measure team strength and project performance going forward. The ultimate goal of FPI is not to rank teams 1 through 128; rather, it is to correctly predict games and season outcomes. If Vegas ever published the power rankings it uses to set its lines, they would likely look quite a lot like FPI.

Each team’s FPI rating is composed of a predicted offensive, defensive and special teams component. These ratings represent the number of points each unit is expected to contribute to the team’s net scoring margin on a neutral field against an average FBS opponent.

In the preseason, these components are made up entirely of data from previous seasons, such as returning starters, past performance, recruiting rankings and coaching tenure (more on the preseason component below). That information allows FPI to make predictions (and make determinations on the strength of a team’s opponents) beginning in Week 1, and then it declines in weight as the season progresses. It is important to note that prior seasons’ information never completely disappears, because it has been proved to help with prediction accuracy even at the end of a season. Vegas similarly includes priors when setting its lines.

Toggle to the ESPN landing page and you can actually see that part of the formula includes Strength of Record, Strength of Schedule, Game Control Rank, and my favorite metric: Are you in the SEC? (OK, no, technically that’s not part of the methodology.)

Nevertheless, the FPI amounts to an educated guessing game about which teams in college football will be good and which teams will not be. OSU is clearly expected to be in the good category. And despite losing its DC, several running backs, its top receiver, several offensive linemen and several defensive backs, the Cowboys have a real shot to again play in the Big 12 title game next season thanks to a returning star at quarterback and the longest-tenured coach in the Big 12 — Mike Gundy — who is coming off arguably the best coaching job of his tenure in Stillwater.